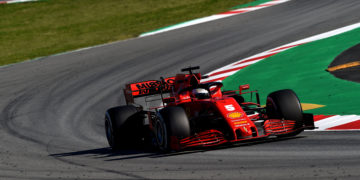 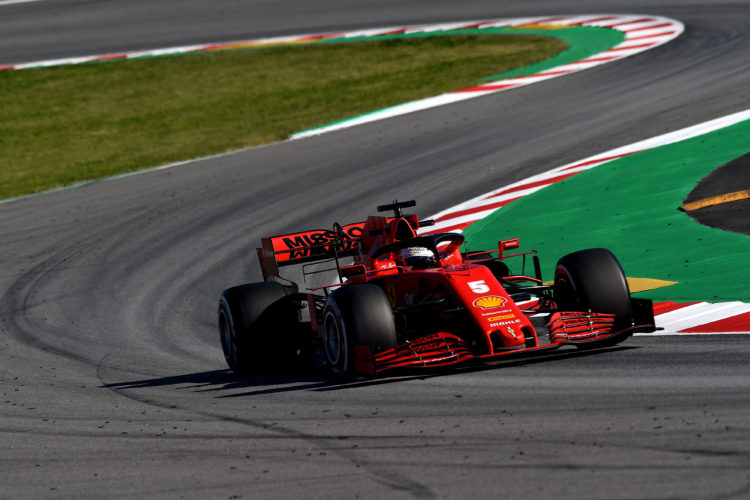 Spanish Grand Prix – Ferrari’s Sebastian Vettel will have a new SF1000 chassis for this weekend, after the team spotted a small issue with his old one.


Vettel was mysteriously off the pace at both rounds of the British events, scoring just a solitary point from two races, while Charles Leclerc was noticeably more competitive including snatching a podium in the first race.

This led to some comments from Vettel saying that he was ‘out of answers’ in how to fix his issues, while saying the pace difference between himself and his teammate was ‘unusual’.

Head of Chassis Engineering Simone Resta explained: “There will be no particular updates on the SF1000 this weekend, however Sebastian will have a new chassis, because after the Silverstone post-race analysis, we spotted a small fault caused by a heavy impact over a kerb. It would not have had much of an effect on performance, but it was the logical decision to take.”

Speaking on Thursday, Vettel said that a crack was found after last weekend and that the spare chassis has now become his main one:

“Only time can tell [if it’s better],” he said, “but the thinking behind it is that we changed it because the other one was broken. We found a little crack after the weekend in Silverstone and it’s back to get repaired and probably becomes the spare chassis at some point, but now the spare becomes my race chassis.”

“We will see. I don’t expect miracles, but hopefully I’ll have a smoother weekend and a smoother race on Sunday.”

Put to him that his relationship with Ferrari seemed to souring, he said: “I don’t agree with the statement. I think we’re trying to do everything we can.”

“Obviously it’s never relaxed if things don’t go your way or they go wrong, so naturally I think if you judge just the emotions right after the race or during the race, then I don’t think that’s a fair reflection of what actually is going on, hence why I would tend to disagree.”

“I didn’t have a great race, we tried to come back up and we could have opted for maybe a different strategy but we didn’t. We’ve talked about it, sorted it out and moved on, so there’s not much difference in terms of climate compared to the week before, or even before that.”

When asked if 2020 has been his worst season in F1 to date, Vettel said: “No… I don’t like labelling seasons… but certainly the last race wasn’t my best, that I can say, and I think whatever the situation is, I trust the people around me and the guys working on my car.”

“I’ve been in a happier place. I love, obviously, fighting at the front. I love winning and feeling that you can achieve great results and that we haven’t done yet. It will be difficult this year with the package that we have, but I think Charles has proven that still you can do good races, and obviously if you make sure you are in the right position, you are able to also be in a position to benefit from it, and then you can still get a podium.” Vettel continued.

“I think this is how it always has worked, and many times I’ve found myself on the better side, now lately not so much, but then again it’s been two weeks, and prior to that, I think it’s been quite straightforward. But overall if you sum it up, it’s not the best season start that I ever had, but I wouldn’t go as far as frustration.”