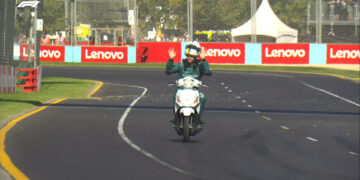 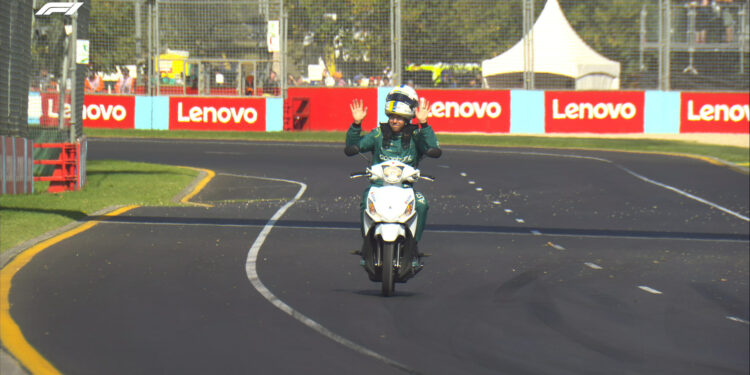 Australian Grand Prix – The stewards have handed Sebastian Vettel a €5,000 fine for his unauthorised return to the pitlane after the end of first practice.

The first day of Vettel’s first race of the season didn’t unfold in the most ideal manner. After missing the opening two rounds due to covid, the four-time world champion had to stop on track near the end of the first practice session when his car lost power and started smoking.

The German was to jump out of the car and source a fire extinguisher to prevent as much unnecessary damage to the car as he could. However, after investigating the issue, Aston Martin decided that a powertrain change was necessary and that saw Vettel unable to participate in free practice two.

“Obviously we had a problem and there was a bit of smoke and I lost power, and we had to stop the car on the track,” Vettel said. “I did the best I could to limit the damage and get it off the track as soon as possible.

“It stopped our running, which was painful, and unfortunately also cost us the whole session in the afternoon, which is not ideal; I haven’t been in the car for a while plus the track is different. It will be fine tomorrow but it would have been nice to get more laps.”

At the end of free practice one, as all the cars had returned to the pitlane, fans and viewers were treated to the sight of Vettel driving a moped around on the track as he headed back to his garage from where he’d retired the car. While social media enjoyed the unexpected partial parade lap, the stewards weren’t so amused.

This is the most iconic end to a practice session we can remember 😅#AusGP #F1 pic.twitter.com/4jPlAZotzd

The incident was put under investigation for unauthorised use of a scooter on track and the Aston Martin driver was summoned to plead his case to the stewards shortly after FP2. There is a rule that for five minutes after a session, no one is to enter the track without specific permission, and there was a miscommunication about that between Vettel and the marshal with the scooter where he had stopped.

The marshal was waiting for instructions on what to do and so didn’t get on the scooter too. Vettel, who hadn’t known that, believed that he was clear to head back on his own and did so. The stewards handed the German a €5,000 fine as a result.

The decision document read: “The Stewards determine that Car 5 stopped on the circuit due to a mechanical issue. At the end of the session, VET sought a way to return to his pit. A marshal was at the location with a scooter.

“VET asked if he could drive the scooter in order to return to his pit. The marshal assented. VET got on the scooter, expecting the marshal to get on behind him. When he didn’t get on, VET departed alone for the pit, without the prior approval to do so. Meanwhile, the marshal was trying to contact Race Control for instructions.

“In driving on the track to his pit, instead of the designated route, VET breached Article 26.7 of the Formula One Sporting Regulations, which prohibits anyone from being on the track in the five-minute period after the end of a session, with the exception of specifically identified personnel, which makes no provision for drivers to have such access unless specifically authorized.”