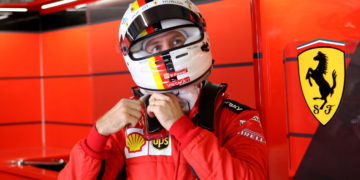 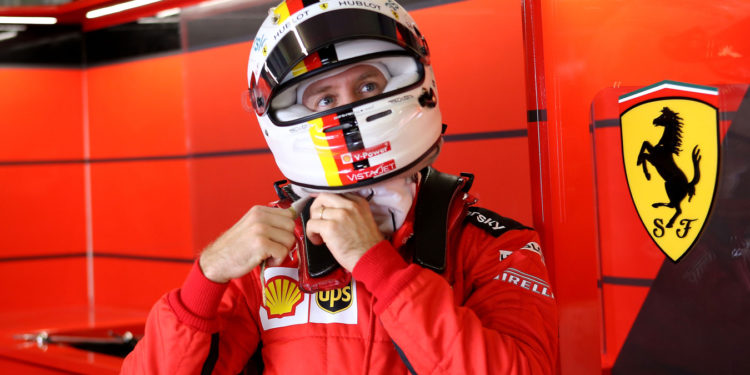 Portuguese Grand Prix – As he heads into his final few races with Scuderia Ferrari, Sebastian Vettel is looking to “close the chapter here with dignity”.

Vettel joined Ferrari for the 2015 season following a difficult, winless year at Red Bull. The German headed to the Scuderia, with four World Championships to his name, in the hopes of emulating Michael Schumacher and winning titles with the Italian team.

“Ferrari has always had a special place in my head and my heart,” said Vettel at Thursday’s pre-race press conference. “Because when I grew up Michael [Schumacher] was my hero and Michael at that time was in the red car.

“I think [Ferrari] is a special brand, I’ve had the privilege to live through those emotions together with the fans, with the team and the country of Italy so I think that’s an enormous privilege.”

The Italian marque had taken their final drivers’ title in 2007 and teams’ title in 2008, and although they had come close in the following years with Fernando Alonso, a fresh approach was needed to reinvigorate the team.

The German-Italian pairing started well with podiums and wins but couldn’t take the fight to Mercedes and recapture the title-winning ways of the early 2000s. Since Ferrari announced before the season started that they weren’t going to continue with Vettel beyond 2020, the German has seen his least competitive year, 13th in the championship, with a highest race finish of 6th.

“Like other things, things come to an end so I’m very much looking forward to a new chapter that starts next year. But before that one starts, I’ll try to close the chapter here with dignity and try to get myself back together so that I can deliver the sort of performances that I know that I can.

“I think obviously this year’s car is not easy to drive for both of us, I’m sitting in all of the meetings that Charles [Leclerc] is participating in as well, and I think we share that opinion. So, for sure, it’s not always easy.”

Despite the difficult season and rather abrupt decision by Ferrari to end their time with Vettel and sign Carlos Sainz instead, the German wants to repay the work his mechanics and engineers have put in over the years with his best efforts in the final races.

“I think it’s quite clear going into the season knowing you’re going to part ways, it’s always going to be a different sort of love story. Nevertheless, I respect all the work that has been going in on my side and in the last years, and therefore I’m willing to give my maximum back.

“I think the races here and there didn’t really go our way, but sometimes it’s like this. I have to push through and look forward to the new tracks that we have and the races that are coming up to try and pull things together a little more.”