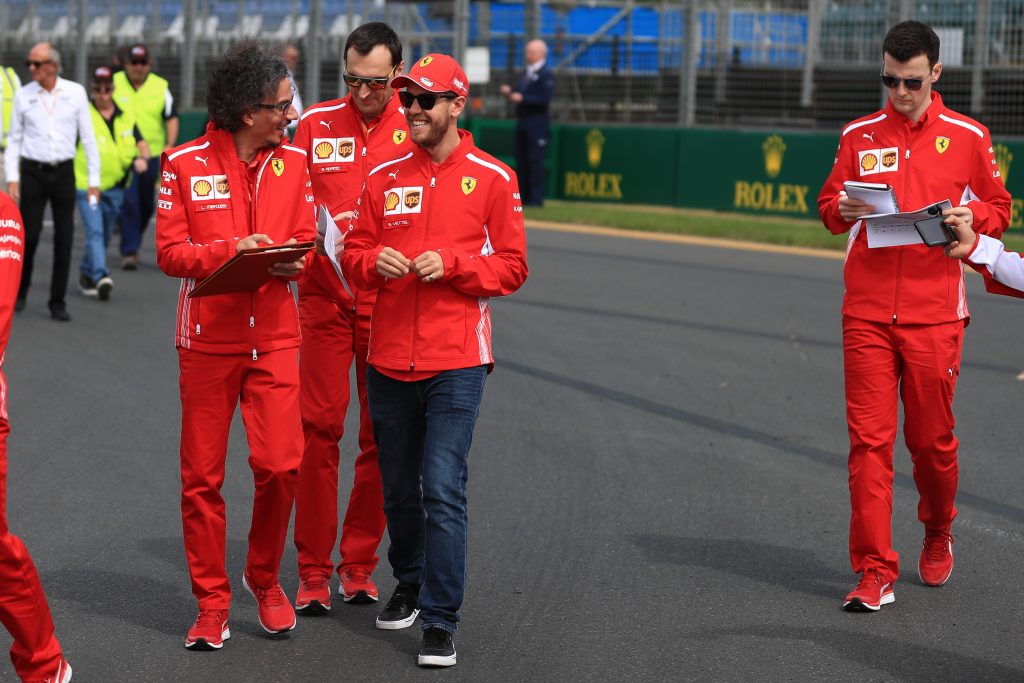 As part of the launch events for the 2019 season opener, Ferrari’s Sebastian Vettel was on stage at Federation Square in Melbourne on Wednesday. Interviewed by former Red Bull Racing teammate Mark Webber, Vettel was asked whether he had continued his tradition of naming his car.

Grinning, he replied he had, and that his 2019 Ferrari will be named ‘Lina’. Other names in the past have included ‘Loria’, ‘Gina’, ‘Hungry Heidi’ and, somewhat bizarrely, ‘Kinky Kylie’ and ‘Kate’s Dirty Sister’.

Speaking about the race weekend at a venue where he has won on three occasions in the past, Vettel said that the Albert Park Circuit holds a unique challenge: “The circuit itself is very unusual and you have to get attuned to the track: you have to remember the lines precisely and it’s not always easy to spot the breaking point and, on top of that, the track surface is usually bumpy. But we drivers like it and if we were asked if we wanted it resurfaced, we would probably say no, because that’s what makes it unique.”

Winning with Red Bull in 2011 and Ferrari in ’17 and ’18, he says Melbourne is the natural choice of venue to begin a long season: “I feel Melbourne is the perfect place to start the championship. There’s an enjoyable atmosphere and the people are nice and welcoming. I’ve got great memories of this track. Of course, the best are those from the past two seasons, as we won both times, but I also have fond memories of my first podium with Ferrari in 2015 here, on my debut with the Scuderia.”