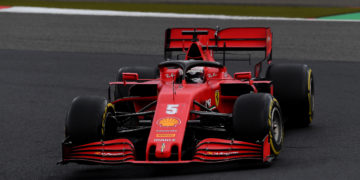 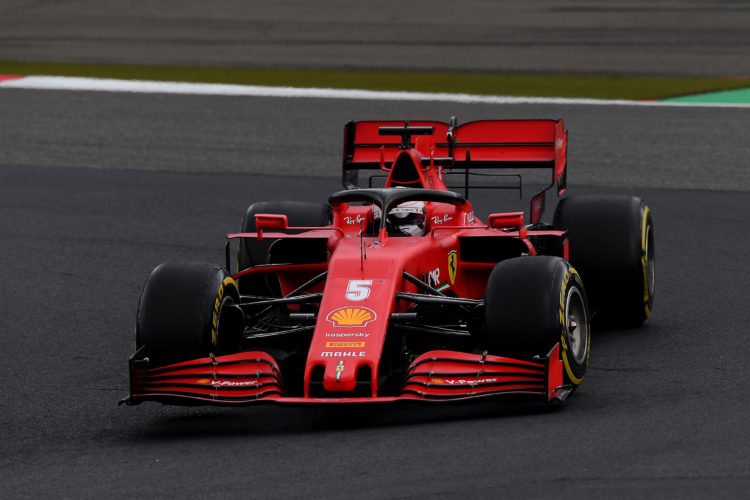 Sebastian Vettel says his attempted pass on Antonio Giovinazzi was probably too much of a risk, as he spun as a result.

Having started from P11, Vettel fell down to P12 at the start after electing to run the Mediums for the first stint. This position was lost to Antonio Giovinazzi and, in his eagerness to get back past the Alfa Romeo, Vettel made a mistake.

Starting Lap 11, he tried a move on the Alfa into Turn 1 but, switching direction into the corner, lost the rear and slid off into the escape area. He lost three positions while recovering back onto the track, and then spent the rest of the race struggling to get back on terms as he pitted for the Hards for the middle stint.

He couldn’t make it to the end on the Hards, pitting again for Softs on Lap 41. He finished in P11, where he started.

“I would have liked to bring home some points, but generally, I was struggling too much with the tyres.” said Vettel afterwards. “I think the start wasn’t bad. I was on the Medium compound and only lost one place to Giovinazzi in the Alfa Romeo. However once my tyres were in the right temperature window I was stuck behind him and I was struggling a lot to pass him. I probably took too much of a risk and damaged my tyres. I was obliged to pit and after that it was very difficult to fight back.”

Vettel said he had been hopeful of fighting back with the Safety Car intervention, but was left frustrated: “With the Safety Car at the end we thought there was a chance for points, we fought with Magnussen and I also tried to pass Giovinazzi. In the end we just weren’t able to pick up the last point. It was a very difficult day.”