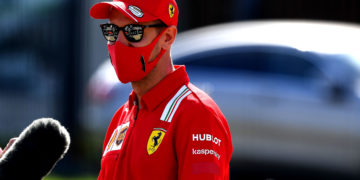 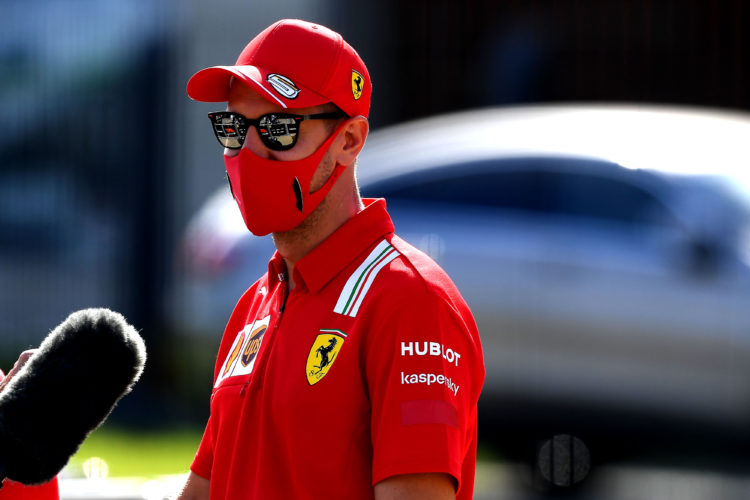 Tuscan Grand Prix – Sebastian Vettel looks set to steal all the headlines from Ferrari this weekend, as Sergio Perez has left Racing Point.


He’d never admit it publicly, but Sebastian Vettel must be hiding a wry grin heading into this weekend’s race at Mugello. All year, since the race was announced, all the news and hype about this race has been that Ferrari will celebrate their 1000th Grand Prix in Formula 1 at their own venue in Tuscany. Formula 1 will celebrate its most lauded team by including Ferrari in the actual name of the Grand Prix (Tuscan Grand Prix Ferrari 1000), and the team have made a big song and dance about it by decking their cars out in a special livery, new race suits, and bringing along their F2004 for Mick Schumacher to drive.

And yet, it’s Sebastian Vettel who looks certain to get all the headlines over this weekend. After being humiliated by Ferrari when they dropped him without even entering contract negotiations with him for 2021 and beyond, Vettel’s season has been one of misery ever since as the car’s performance has been as lamentable as the Scuderia’s lack of respect for the 4 time Champion. Never one to air dirty laundry in public, Vettel has remained dignified ever since the announcement of his dismissal. There’s been one or two barbed comments, mixed with radio messages laced with a venom that didn’t exist in prior seasons, but Vettel and Ferrari’s divorce hasn’t broken down into complete acrimony just yet.

The timing of Vettel’s dismissal also meant that he had few options for next season but a driver with his track record was never likely to be unable to find refuge somewhere. From the moment the story broke, Racing Point has been a strong contender to secure him. It makes sense – Racing Point become the works Aston Martin team from 2021, and team owner Lawrence Stroll is looking to the future with an ever deepening relationship with Daimler and Mercedes-Benz. There’s plenty of money there, and lots of investment into the future as the team expands beyond recognition from the frugal and broke Force India.

Sergio Perez was always the likely candidate to be usurped from his seat at the team, with Lance Stroll being the son of the owner. On Wednesday, the Mexican took to social media to confirm he’s leaving the team, having said publicly that he had no intentions of going anywhere. It’s a shame for the Mexican. He’s been reliable, fast, an occasional podium winner, and is well liked at the team he’s raced with for seven years. In 2018, Perez was directly influential in saving the team from then owner Vijay Mallya by forcing the team into administration over their debts and they were then sold onto Racing Point. Perez was rewarded with a three year contract, which should have taken him to the end of 2022, but blood runs thicker than water.

“It hurts a bit as I bet on the team during very rough times; we managed to overcome obstacles and I am very proud of saving the jobs of several of my teammates.” said Perez, which all but states that he’s been pushed out. Racing Point will have had to pay extremely good severance pay to ditch Perez, who is represented by famed manager Julian Jakobi – who has directly managed the careers of Juan Pablo Montoya and Ayrton Senna in the past. Lawrence Stroll hasn’t paid this money to bring in a driver without clout, without pedigree, and without results – all the indications are that it’s Vettel who will be confirmed at Racing Point and Aston Martin and will steal Ferrari’s thunder on the very weekend they wanted the limelight.

“Checo has been part of the Silverstone family for seven years and in that time has become one of the most complete drivers on the grid.” said team boss Otmar Szafnauer, who was spotted giving Sebastian Vettel a lift in his own Ferrari road car over the British Grand Prix weekend.

‍”Blisteringly quick on Saturday and Sunday, he’s established his reputation as a tenacious racer and together we have enjoyed some fantastic moments. If there was ever a sniff of a podium, Checo was ready to pounce, and those five podiums represent some of the finest days in the history of this team.”

‍”Outside of the car, Checo is a true character and a good friend, and it’s been a pleasure working with him for such a long time.

‍”Although we will say goodbye at the end of the year, there are still nine races to go and plenty of opportunities for Checo to make some more special memories with this team.”

While all the signs are there that it’s Vettel going to Racing Point, there’s still a theoretical possibility of a shock. Lewis Hamilton and Toto Wolff’s contracts come to an end at Mercedes this year. Bottas has been re-signed for 2021, but Hamilton hasn’t been in a rush. Wolff has bought a small share in Aston Martin and could be eyeing up a move to the F1 team, with the intent of bringing Hamilton with him. Realistically, it’s the only other possibility that could persuade Lawrence Stroll to pay Perez off. However, it’s still not particularly likely. There’s also still a possibility of Vettel going back to Red Bull, despite Christian Horner saying otherwise, but this would also require a Hamilton move to Racing Point to make logical sense for dumping Perez.

My guess, and all of this is just educated guesswork, is that Mercedes will stay as they are, with Racing Point confirming Vettel alongside Lance Stroll for 2021 this weekend. Sergio Perez raced for Sauber in the past, and could return there to replace one of the Alfa drivers – both of whom are without contract for next season. But I’d wager Perez going to Haas in place of Romain Grosjean, and bringing his impressive portfolio of Mexican sponsors with him. I’m guessing Perez and Nico Hulkenberg at the American team, with Grosjean and Kevin Magnussen losing their seats. Alfa will convince Kimi Raikkonen to stay for another year, but will bring in Mick Schumacher from Formula 2 in the other seat – replacing Antonio Giovinazzi. Schumacher gets to learn from the man who Michael held in such high regard when he raced with Ferrari, Alfa get another exciting rookie with considerable name clout and marketability and the proven expertise of Raikkonen.

There’s quite a few driver moves to be announced and, for now, we’ll just have to be patient and wait…