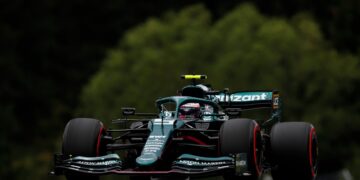 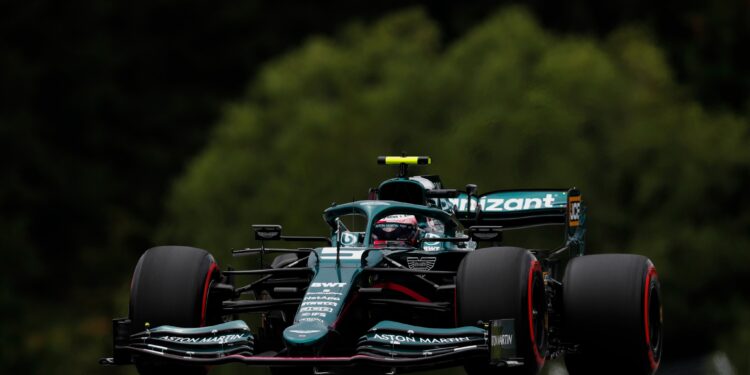 Alonso was visibly upset with Vettel, who later apologised for the incident. As a result the four-time world champion was called to the stewards.

When asked about the incident, Vettel felt he did nothing wrong, given the circumstances.

“I don’t think so, I think we agreed that we slow down between [Turns] 8 and 9 which is what I did, everybody passes me and jumps the queue,” said Vettel, as quoted by RacingNews365.

“And then they all slow down between 9 and 10 where we agreed not to slow down. So now you know the rest of the story.”

Mercedes’ Valtteri Bottas and Ferrari’s Carlos Sainz had also been called to the stewards’ office, but no further action was taken against those drivers. Red Bull’s Sergio Perez was next in the queue and Vettel explained that he didn’t think the Mexican was at fault.

“Sergio and myself, we dropped back between 8 and 9 and everybody was just passing us. So I don’t think Sergio was in the way. I think I was just the last one. And the first one that Fernando was meeting.”

The German explained that he tried everything he could to try to avoid Alonso, and as such had to abandon his hot lap.

“As soon as I looked in the mirror, because it’s not a good, nice place to meet some traffic and I saw him coming and, half a second later, just after I saw him and sped up, I got the radio call.

“So I tried to avoid him and basically cancelled my lap. So, in order to give him room, the maximum I could at that point, I sacrificed my own lap. We didn’t make it so, not much I could do.”

Vettel had originally qualified in the top 10 but will now start 11th and also gains an additional penalty point on his license.