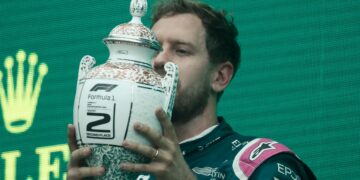 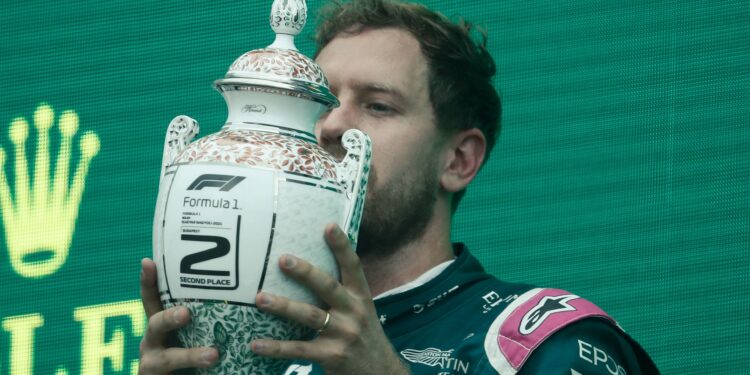 Hungarian Grand Prix – Aston Martin driver Sebastian Vettel might be disqualified from the Hungarian GP for failing to have one litre of fuel in his car at the end of the race.

The German battled hard with Alpine’s Esteban Ocon who eventually claimed victory. Vettel was running close to the Frenchman for much of the race but could only finish second at the chequered flag.

However, Vettel was ordered to stop his car on track shortly after crossing the finish line and had to head to the podium on foot.

The FIA technical delegate Jo Bauer confirmed that just 300ml of fuel was able to be extracted from Vettel’s Aston Martin.

Article 6.6.2 for the Formula One Technical Regulations states that “competitors must ensure that a 1.0 litre sample of fuel may be taken from the car at any time during the event”.

“It was possible to take only a 0.3 litre sample following the procedures layed out [Sic] in Article 6.6.4 of the 2021 Formula One Technical Regulations,” said the stewards memo.

“Therefore I am referring this matter to the stewards for their consideration, as this is not in compliance with Article 6.6.2 of the 2021 Formula One Technical Regulations.”

This is the second time Aston Martin have finished on the podium this season. Should the ruling throw Vettel out of the race, Mercedes’ Lewis Hamilton will be promoted to second, with Ferrari’s Carlos Sainz inheriting the final step on the podium.

The German has already been reprimanded for a race start procedure which saw Vettel not remove a T-shirt prior to the “We Race As One” message.