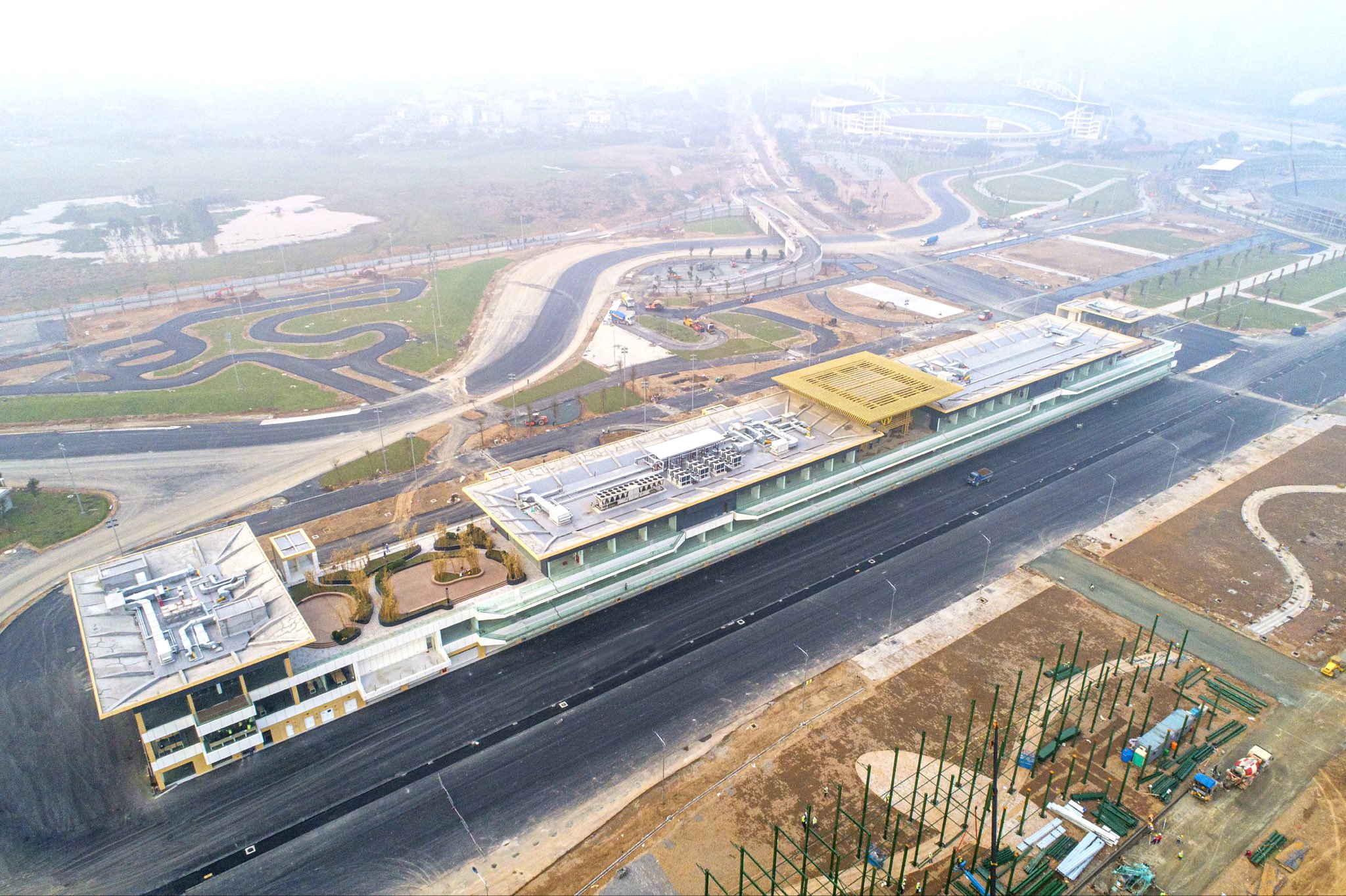 The Vietnam Grand Prix organisers have released images of the completed pit complex at the Hanoi Circuit, as the venue closes in on completion.

Work on the Hanoi Circuit is continuing this week, as organisers push to have the circuit ready at the end of this month. Earlier this week, they revealed that the final layer of asphalt is currently being laid down at the venue, while they’ve also now released pictures of the completed pit building.

On Thursday, they released images through their website and social media, and said: “Delighted to confirm completion of the Hanoi Circuit Pit Building – a 300m long, 3-story structure overlooking the starting grid. It’s design is inspired by Hanoi’s Imperial Citadel of Thang Long & Pavilion of the Constellation of Literature – the symbol of Hanoi.”

The Hanoi Circuit is designed with nine grandstands in place, which have also been named in honour of Vietnamese landmarks. The names are: Thang Long, Hai Phong, Ha Long, Hue Matrix One, Da Nang, Nha Trang, Saigon, Can Tho and Phu Quoc Stands.

One of these stands has been earmarked specifically for use by Dutch fans travelling to cheer on Max Verstappen.

“This is an important moment in the development of the Hanoi Circuit and another vital milestone in the lead up to Vietnam’s first ever F1 race weekend.” said Vietnam Grand Prix boss Ms. Le Ngoc Chi.

Earlier this week, the circuit confirmed the majority of the construction work should be finished by the end of January, leaving two months of preparation before the Vietnam Grand Prix is held on the 3rd of April.

“With the track itself nearing completion and grandstands starting to go up as the event draws ever closer, the excitement levels for the Formula 1 VinFast Vietnam Grand Prix 2020 are rapidly growing. We are ready and we look forward to seeing you in Hanoi very soon,” said Le Ngoc Chi.