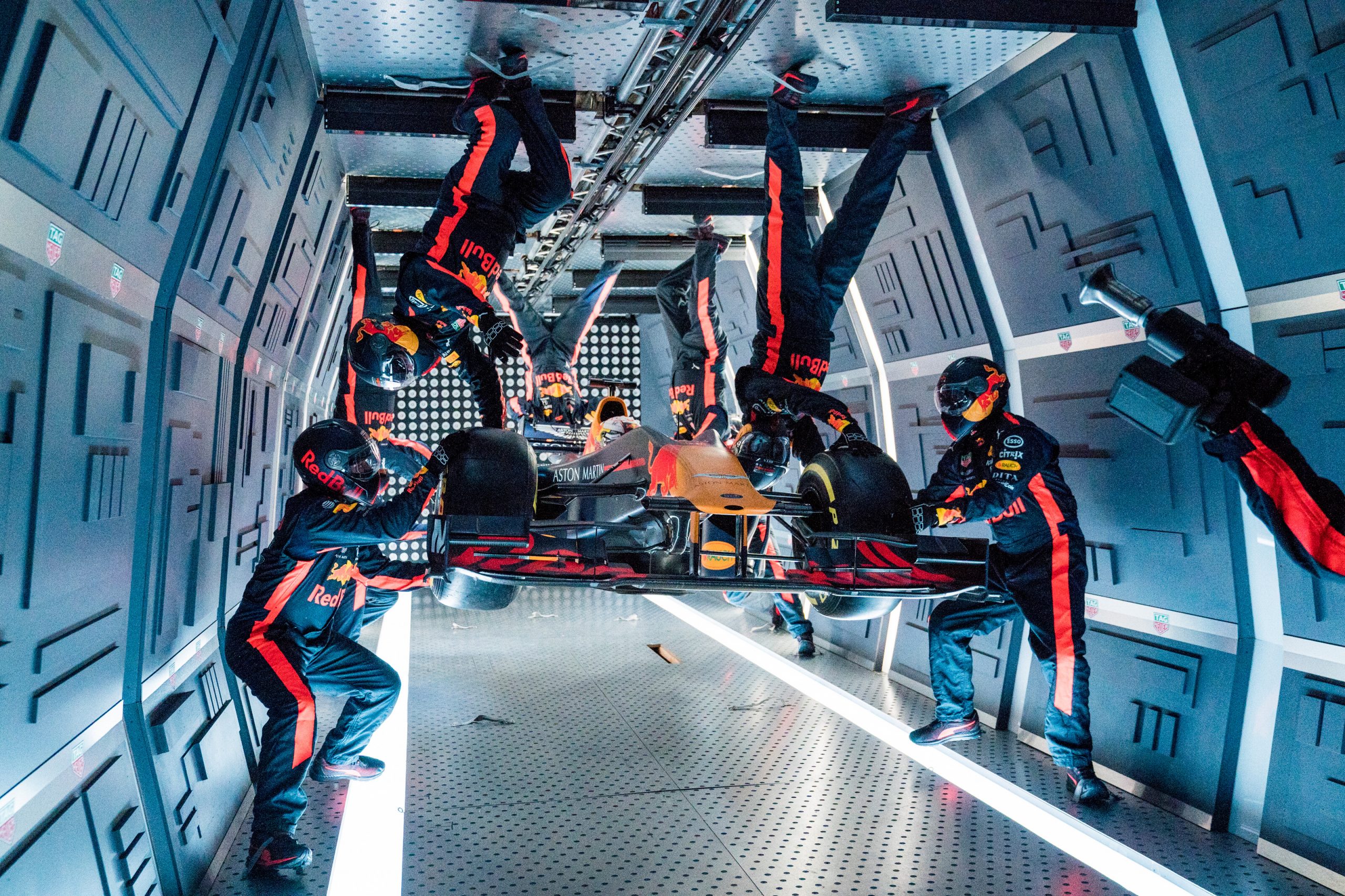 Watch Red Bull carry out a pitstop in zero gravity!

Watch Red Bull carry out a pitstop in zero gravity!

Red Bull Racing have carried out a pitstop in zero gravity, using their 2005 Formula 1 car. Why? Well…why not? Check out the video..


Red Bull set their live demo team the task of coming up with a new challenge for showing off, after recent escapades in the Himalayas and in Jordan.

Donuts on the Burj Khalifa? Also done. So, after setting Formula 1’s fastest ever pitstop during last weekend’s Brazilian Grand Prix, Red Bull decided to do a pitstop in zero gravity conditions.

How did they make this happen? Teaming up with Russian space agency Roscosmos, Red Bull packed a demo RB1 into an Ilyushin II-76 MDK cosmonaut training plane and took off from the Yuri Gagarin Cosmonaut Training Centre. The 2005 RB1 was chosen specifically, as it ‘has rather more slender lines than a current car, making it easier to manoeuvre around the Ilyushin’s cargo deck.’ 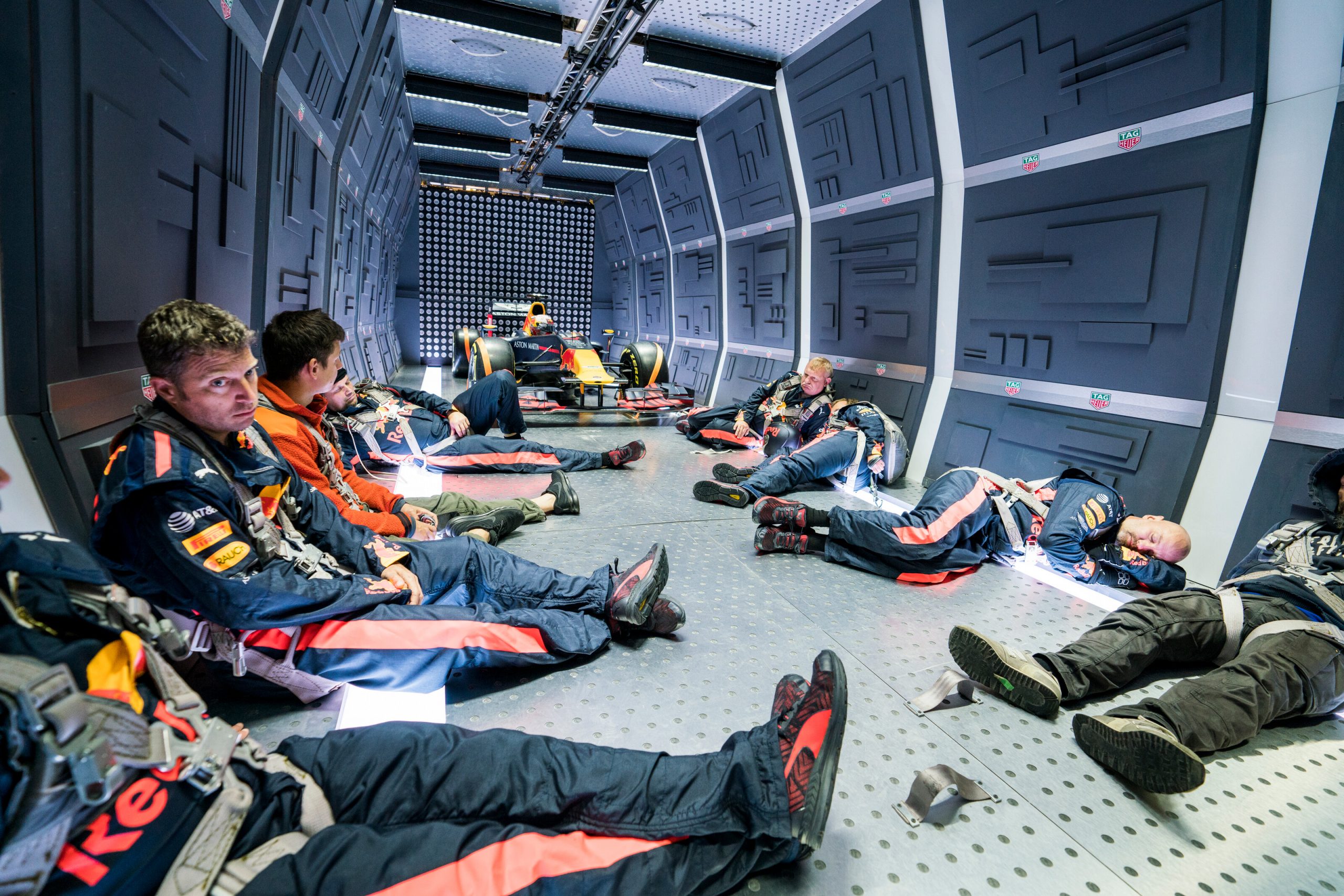 Red Bull also said that the 2005 car is also lighter than a contemporary car, and while weight shouldn’t matter while weightless, having it stripped down and completely drained made it easier to understand how the car would behave when being manhandled in the purpose-built flying studio set.

The demo crew were given some basic cosmonaut training to prepare for several zero gravity flights on the plane. This is achieved by the plane flying up and down, climbing hard and then diving. The dive results in a period of weightlessness for around 22 seconds, giving the team opportunity to carry out a pitstop while the car was similarly weightless in the cargo area.

With the car and filming equipment requiring strapping down between weightless periods, the window of opportunity was reduced to around 15 seconds, meaning that the training was rigorous and tough. 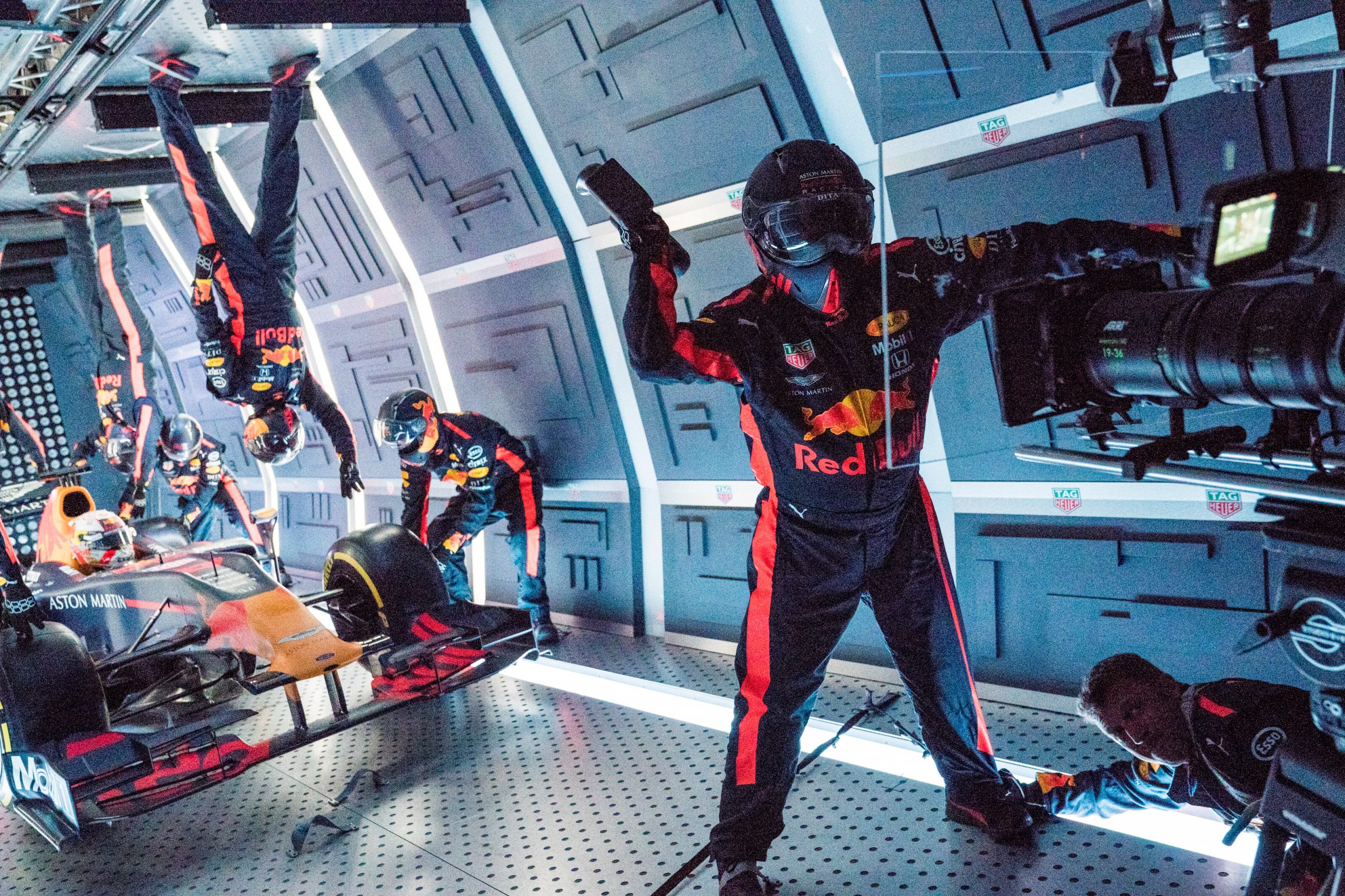 “It pushed us harder than I thought it would,” says Support Team Chief Mechanic Joe Robinson. “You realise how much you rely on gravity, when you don’t have any! Something as straightforward as tightening a wheelnut becomes very difficult when the car is floating, and the only control you have is through the stiffness of your ankles, tucked into floor straps. It challenges you to think and operate in a different way – and that was brilliant. It was a once in a lifetime opportunity and honestly, I could have stayed and done it all month. It was amazing. I think it’s the coolest, most fun thing the Live Demo Team has ever done with a show car.”

Support Team Co-ordinator Mark Willis echoed Joe’s comments “My stomach was fine – but it felt like my head was going to explode. It took two or three runs to understand what was happening. At first, I couldn’t think straight. My brain couldn’t compute what was happening… It took two or three parabolic flights to be able to think properly again. I’ve been involved in some special events from slaloming the car in Kitzbühel, to the salt lakes of Argentina, we’ve been to some strange places and done some strange things – but ultimately this is the oddest – but also the most special because there’s simply nothing comparable. You might get a second of the effect on a rollercoaster – but to have that sensation for 20-25 seconds and to work on the car in that time, it’s out of this world.”