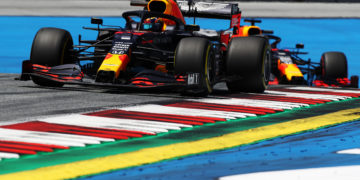 What Honda’s withdrawal means for Red Bull and Formula 1

What Honda’s withdrawal means for Red Bull and Formula 1 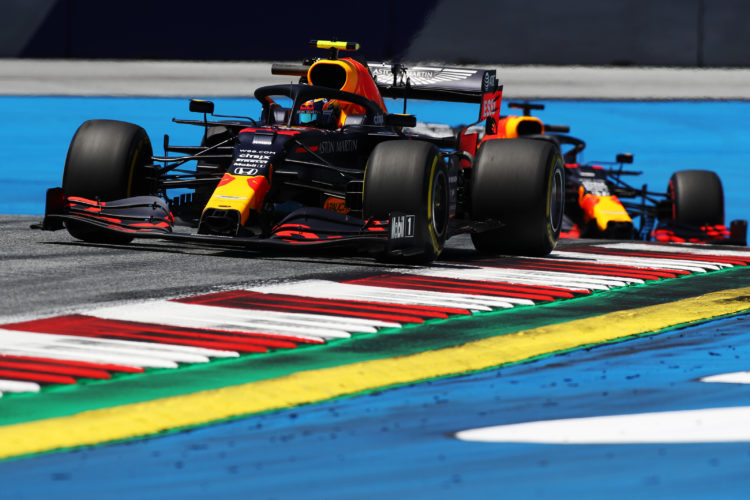 Honda’s shock decision to leave Formula 1 at the end of 2021 will send a seismic shock through the sport, not least for Red Bull Racing.

Just as Honda were starting to build up some momentum and success with their two Red Bull teams in Formula 1, the Japanese manufacturer has opted to leave F1 behind after the 2021 season. Citing a desire to concentrate on the development of fuel cell vehicle and battery EV technologies, F1 no longer appears to have any attraction in that regard, and so the sport will return to just three power unit manufacturers from 2022.

Honda’s withdrawal would appear to be a damning indictment of F1’s hybrid regulations. The power unit rules aren’t due to change for over half a decade and, with Honda having finally figured out how to make competitive engines to eclipse Ferrari and fight with Renault and Mercedes on merit, the hard work appeared to be done after a few years in the doldrums while working with McLaren. Honda say they aren’t pulling out of other motorsports, meaning they remain onboard with IndyCar through their switch to hybrid power from 2022. Honda had exclusivity with the Red Bull brand, a talismanic lead driver in the form of Max Verstappen, stable engine regulations in which they are competitive, and the stability of knowing their customers had signed up to F1 with the new Concorde Agreement. 2022 is also the year of major technical regulation changes, something Red Bull and Adrian Newey have nailed in the past. So many positives, and yet Honda still don’t seem to see any value in staying on in a sport where they are currently P2 in the Constructor’s Championship.

Red Bull’s senior management will be seething, too. Not only had they started to find their feet again with Honda, their contract with Verstappen is believed to be contingent on a Honda power supply deal. With the team now seemingly doomed to another customer supply deal, Verstappen’s exit clause is highly likely to be triggered and he can look elsewhere for 2022 and beyond. Aside from the drivers, Red Bull and Alpha Tauri now don’t have engines.

There’s just three suppliers left to choose from. Mercedes will have three customer teams from 2021, and are unlikely to have any interest in supplying a team with the resources to match or beat them on merit. Ferrari are a bit more likely, but are currently very much the weakest of the engines and, again, are unlikely to be willing to supply a team regarded as a chief rival. That leaves….Renault. Bridges have been burnt down, rebuilt, burnt down and steamrollered over and still been in better condition than the relationship between the two parties at the end of 2018. The personal relationship between Renault’s Cyril Abiteboul and Red Bull’s Christian Horner is well known to be less than amicable, but Red Bull’s very public criticisms of their power units in the recent past is more likely to make the Renault board say no to teaming up again.

However, Renault may not have a choice in the matter. The FIA, through the Sporting Regulations, can force power unit manufacturers to supply a team. As Renault don’t have any customers from 2021 onwards, their hand could be forced. And the regulations would force Renault to make sure that the engines are of the same standard as any normal supply, so no gamesmanship could occur. This is the most likely scenario, at this point in time, and would actually be beneficial for both parties. With Mercedes and Ferrari controlling the majority of the sport, an isolated Renault and two hobbled Red Bull teams would not have a huge amount of power or influence. Teaming up to create a Renault empire would give back some strength and, essentially, divide F1 completely in three, if they were able to look past their relationship strife. Helpfully, Renault’s rebrand of the F1 team to Alpine from 2021 would also mean that being beaten by a Red Bull Renault wouldn’t hurt their image as much as if they were still called Renault themselves.

Another possibility is that Red Bull will go begging to Porsche, who confirmed in 2019 that they had built an engine that conformed with the F1 regulations. That engine project has never found a use, having been designed around the idea of use in WEC or a simplified F1 engine formula. Outside of the big three already in F1, this would be the only possible external supplier for Red Bull. Another theory is that Red Bull could finally take on the challenge of becoming a fully self-sufficient team and become an engine manufacturer, possibly after buying initial intellectual property from Honda.

Honda’s withdrawal will give Liberty Media and Formula 1 a big shock. The hybrid regulations introduced in 2014 were designed to entice manufacturers on board. Just one, Honda, actually came onboard as a new supplier and now they too are gone. Meanwhile, Formula E continues to attract OEM manufacturers, including Mercedes, Jaguar, BMW, Nissan, Audi and Porsche, as they see the value of electrification for the future. Formula E represents a greater diversity of entries, of political alliances, and appears to be more suitable for the model of racing that manufacturers want to pursue with an ever increasing focus on future-proofing for the road car industry.

F1’s upcoming budget cap is a step in the right direction to bring the costs of racing down, but the complicated and expensive hybrid era has long been criticised as being unattractive to external suppliers. F1 simply must address this with the next engine regulations in 2026, and make it affordable and attractive to manufacturers, while it still has the advantage of its popularity and resources. It must decide whether it serves as a test bed for the pursuit of cutting-edge technology, or as a sport with a focus on entertainment. The next half-decade is critical for deciding on the sport’s long-term viability, and Honda’s withdrawal, solely and specifically from F1, is a clear indicator that manufacturers are no longer seeing the value of it.