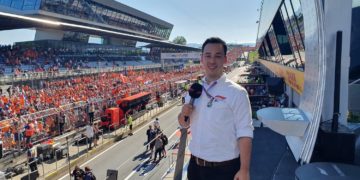 Who might replace Alex Jacques as F1 TV’s commentator?

Who might replace Alex Jacques as F1 TV’s commentator? 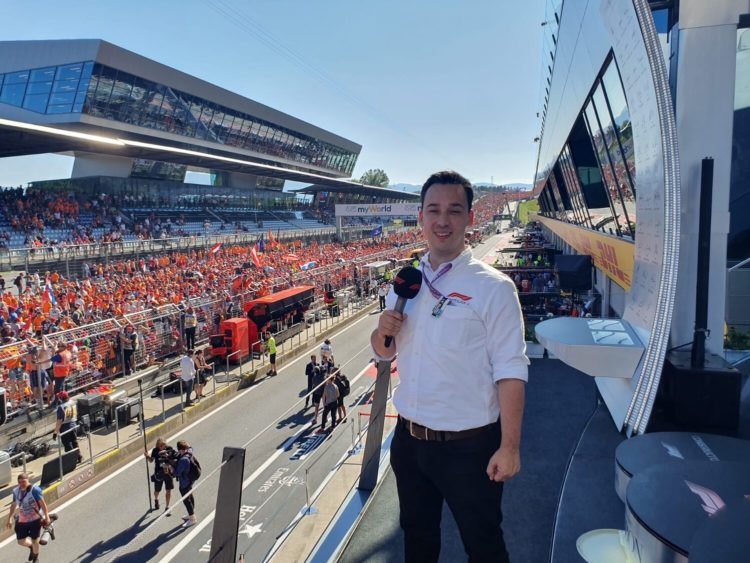 Alex Jacques finishes up in his role as lead commentator for F1TV this weekend, as he’s off to lead Channel 4’s coverage from 2021. So who might replace him?

Alex Jacques has quickly climbed the ranks of motorsport commentary in recent years, thanks to an authoritative but approachable manner that has endeared himself to fans tuning in to F1TV or to Formula 2 coverage. Jacques’s respectful but emotional tribute to the late Anthoine Hubert at Spa 2019 met with universal approval on social media, and underlined his credentials to be able to handle serious pathos without a sense of morbidity or a lack of sincerity –  a crucial skill in addition to being a hype man for the sport.

For the last five years, Jacques has handled lead commentary for GP2/Formula 2 and GP3/F3, as well as stepping up to F1TV from 2018. However, he departs this particular role for 2021 as he’s joining Channel 4 as their lead commentator. He’ll replace the departing Ben Edwards, who is taking a step back from motorsport.

“As an avid Formula 1 fan since the age of 9, I know how much the broadcast means for everyone’s weekend.” said Jacques. “It will be hugely exciting to share races with so many fans and join a team which commands such respect in F1 and TV circles alike. I can’t wait to get started in 2021.”

So who might replace Jacques in his role? Here’s a few candidates I’ve picked out…

Will Buxton hardly needs any introduction at this point, having become part of the F1 fabric over the past decade and a half. A journalist turned presenter and commentator, Buxton’s role has gradually shifted away from commentary in recent years as he led Formula 1’s digital coverage. A former pit reporter for Speed TV and NBC, Buxton also led commentary for GP2/Formula 2.

Buxton is the voice of Formula 1’s slick presentation for the new online audience that Liberty Media have sought to cultivate, but could he be tempted back into a commentary role instead? The only real negative of appointing Buxton would be that he is an already established voice on F1, with the risk of missing out on finding a new gem of a broadcaster.

Chris Medland’s voice will be well known to anyone who watches the press conferences for Formula 2 and Formula 3, as he frequently is the man behind the mic asking the questions. Best known for his written journalism with Crash, F1i, and Racer, Medland’s broadcasting abilities have also come to the fore over the last two seasons as he’s carried out interviews on behalf of FOM at testing as well as carrying out grid walks and interviews for the Middle East’s MBC Action.

Medland also has a large online following on social media, who follow him knowing that he is an authority figure when it comes to breaking Formula 1 news.

Sam Collins’ profile as a Formula 1 broadcaster has skyrocketed this season, thanks to his fulltime addition to the F1 coverage for the Tech Talks feature. He has also commentated on practice sessions for the pitlane channel. Possessing a unique ability to present technical information in a laidback and easy to understand style, Collins has been widely praised on social media for his presenting style.

Collins is well known in commentary circles already for his work on Super Formula and Super GT in Japan, and is also a respected technical journalist. Appointing Collins to the role would underline his ever increasing presence within Formula 1’s broadcasting sphere and, thanks to his political background as a local councillor in his hometown, is well equipped to deal with the politics of the paddock that such a role would entail.

Alex Brundle, as son of longtime commentator Martin, has proven himself to be a natural broadcaster and commentator in recent years. Working alongside Jacques on the junior categories as well as F1 co-commentary, Brundle is a chip off the old block.

The immediate hurdle, of course, is that Brundle is an active racing driver. With F1 being so demanding in terms of time, Brundle would find it extremely difficult to balance this with a racing schedule of any significance. There’s also the problem that making him lead commentator would still mean F1 would need to hire someone to replace his current role as colour commentator. There’s also a risk that lead commentary may not work out quite as well for him, without a more experienced broadcaster to lead the way.

Claire Cottingham is an experienced broadcaster and commentator, currently working as a pitlane reporter for BBC Radio 5 Live. Having been the voice of W Series in 2019, she’s also worked with Channel 4 and directly with Formula 1. She has presented their post and pre-race show ‘Paddock Pass’ as well as F1 Fan TV. However, like Brundle, she is largely unproven in a lead commentator role and could be seen as risky in that regard.

If you want your F1 coverage presented with a distinctly Irish twang, this rapscallion is the only man for the job. Blessed with a voice that can only be described as ‘pretty average’, Maher’s self-deprecating style will have you diving for the remote. Just so you can turn up the volume louder to hear more of what he has to say. Although it’s pretty hard to tell what he might say, as there’s no evidence that Maher has ever commentated on anything – his experience lies solely in narrating YouTube videos and recording radio ad voiceovers. But, he’d be good. Sometimes. Take my word for it, I’d know.

Who would you like to see take over from Alex Jacques as F1’s lead commentator?