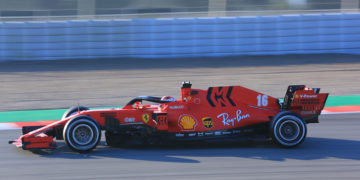 Why are Ferrari’s rivals willing to go to war?

Why are Ferrari’s rivals willing to go to war? 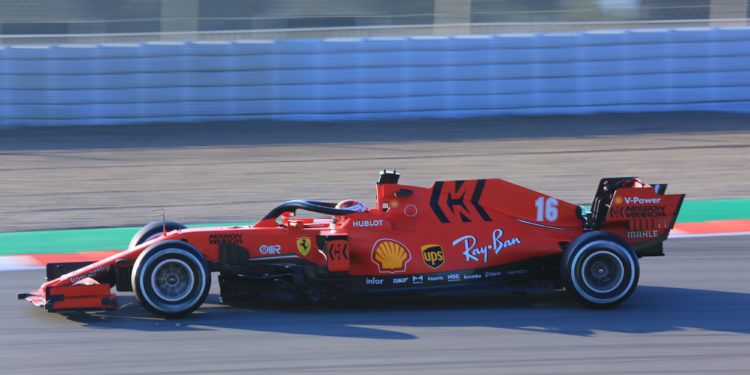 With F1 teams demanding answers over the FIA’s ‘secret deal’ with Ferrari regarding their power units, it’s drama before the season even begins..


It wouldn’t be Formula 1 without some backroom dealings, a little subterfuge and secret negotiations. The sport wasn’t dubbed ‘The Piranha Club’ for no reason, with competitors willing to kill their own grandmas in order to gain some sort of advantage over the rest. But, there’s always going to be an issue when ‘a little subterfuge’ and ‘secret negotiations’ are announced publicly as having taken place.

That’s the case right now. As Formula 1 gears up to actually begin the season after a pretty straightforward testing period, with the added headache of dealing with travel restrictions due to the coronavirus outbreak, the sport is suddenly plunged into team vs. team warfare with political alignments in full display.

Last Friday, ten minutes before the end of pre-season testing as the paddock cleared out of journalists, team personnel, and general media, the FIA released a short, but bombshell, statement. It said that they, together with Ferrari, had reached a private deal after a technical investigation into the team’s 2019 power units: “The FIA announces that, after thorough technical investigations, it has concluded its analysis of the operation of the Scuderia Ferrari Formula 1 power unit and reached a settlement with the team. The specifics of the agreement will remain between the parties.”

A statement like that was always going to get the Scuderia’s competitor’s backs up – why wouldn’t the sport’s governing body release the details of the findings into the benchmark power unit from last season? Especially when there had been so many question marks surrounding the legality of the engines? The other teams were never going to take it lying down and, on Wednesday, a joint statement from the seven non-Ferrari teams was released simultaneously, in which they demand answers regarding the deal and why it was made.

Trust in the governing body of a sport is paramount. Without it, there will always be questions marks and caveats over accomplishments and achievements. As a result, the FIA’s lack of transparency surrounding the deal means that the teams are demanding answers; after all, Ferrari powered their way to victories at Spa-Francorchamps, Monza and Singapore last season. How can the FIA just expect the other teams to accept the results, if Ferrari could have been using an illegal power unit?

Last season, Ferrari were always quick in a straight-line, but found something mid-season which allowed them to become ‘jet-like’ down the straights. This was particularly noticeable in qualifying, with the team’s straight-line speed normalising during Sunday’s Grands Prix. The phenomenom wasn’t present on the Ferrari customer teams Haas and Alfa Romeo, with only the works cars displaying unusual acceleration and speed advantages. Starting from pole position gave the Ferraris a chance to stay out front, which they managed on a few occasions. While there were no formal protests against the Ferraris, a number of Technical Directives were issued by the FIA which seemed to be aimed at curtailing whatever trick the Scuderia had found.

What were Ferrari up to?

With nothing concrete ever emerging about what Ferrari were doing, the main theory is that the team managed to find a way to exceed the fuel flow limit without detection – the fuel flow limit being 100kg/h. This being exceeded would increase horsepower and would explain the straightline speed advantage in qualifying. However, the trick would be largely useless in the race itself as the team would be forced to run with additional fuel (and weight) to burn, and would be noticed by unusual weight discrepancies. A smoking gun, then, when Charles Leclerc’s car was found to have been declared 4.88kgs under the weight measured by the FIA. Why would a team be carrying an extra 5kg of fuel, unless there was a way to burn it off? It wasn’t a breach of the Sporting or Technical Regulations, meaning a slap on the wrist for Ferrari.

Another theory was that Ferrari found a way to introduce oil into the combustion chambers, with a Technical Directive in Brazil outlawing this: “No flammable liquids from the intercooler, air intakes or ERS systems are permitted into the combustion chambers.” A change was made to the Technical Regulations for 2020, with Article 7.9 allowing just one auxiliary oil tank, with the total volume of such, and its ancillaries, limited to 2.5 litres.

The FIA seized the fuel system of the Ferrari, a Ferrari customer team, and a non-Ferrari car, in order to carry out extensive research before Abu Dhabi, with Friday’s announcement being the governing body’s attempt to draw a line in the sand. With all the loopholes seemingly closed, the 2020 Ferrari power unit hasn’t shown any advantage over the rest – if anything, it seems Ferrari have lost ground to Mercedes in the power stakes over winter.

But that can’t be the end of it. A private settlement with Ferrari suggests something was, indeed, amiss and the other teams know it. If nothing untoward was ever found, then a settlement wouldn’t be required. The issue is likely that the FIA did find something amiss, but can’t prove that it was actually used. Red Bull Racing were apparently able to recreate the fuel flow trick in order to replicate Ferrari’s speed but, without the sensors being fitted at the time, how can the FIA prove Ferrari did it? It’s not enough to disqualify based on suspicion – the FIA must be able to show evidence that Ferrari were exceeding the explicitly stated fuel flow limit, contrary to what their own sensors stated. Ferrari, allegedly, were able to find a way to exceed this, and break the rules, without being detected.

Where to, from here? The other teams want clarity regarding the settlement, and why that settlement was made. If the FIA have to admit that they found something untoward, the situation will escalate further. After all, a team finishing in P2 in the Constructor’ Championship nets a big financial reward. If that team was cheating, then the other teams deserve a response.

Attempting to sneak a short statement out as Formula 1 decamped out of Barcelona was naive of the FIA – the other teams were always going to want clarification and, as a result, the story has become even bigger than it likely would have had they communicated their findings in a more timely, correct, fashion.

If the FIA weren’t aware of something called the ‘Barbara Streisand Effect’, they certainly are now.

#F1 – Do you think Ferrari were cheating with their engine throughout 2019?

Why not discuss this on the new FormulaSpy forums? Click here to check it out…