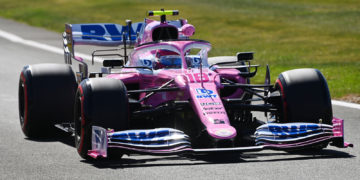 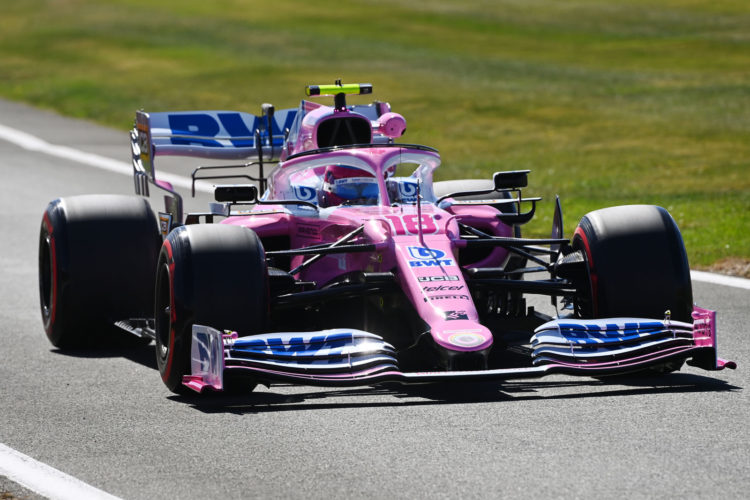 The big story of the Silverstone weekend so far has been the FIA upholding the protests that have been lodged against Racing Point in the last three consecutive races.

The FIA announced that they found Racing Point to have copied, in intricate detail, the front and rear brake ducts of the 2019 Mercedes W10 and applied them on this years RP20. As a result of this, Racing Point have been given a 400,000 euro fine, as well as docked 15 points in the Constructor’s Championship. Sergio Perez and Lance Stroll have not been docked points in the Driver’s Championship as a result of this. The punishment applies only to the Styrian Grand Prix, with subsequent races only earning Racing Point a reprimand for each event.

On the face of it, it’s a pretty lax punishment – essentially, Racing Point have gotten away with copying parts designed by another team. The explanation as to why that is is pretty complicated, so let’s try to simplify it as much as possible.

Formula 1 has different sets of regulations to govern different areas of the sport, with varying levels of severity of punishment for breaches. The most common breaches are in the area of Sporting Regulations, which are the rules behind the racing. Time penalties for on-track misbehaviour, jump starts, the structure of a Grand Prix weekend, all the rules we encounter every weekend are explained in the Sporting Regulations. These are documents issued by the FIA once or twice a year, with changes having to be ratified by the World Motorsport Council with meetings held every couple of months.

The Technical Regulations are the intricate rules behind a car’s design. Every single aspect of the construction of a car is covered by these regulations, from the miniscule millimetre strictness behind things like front and rear wing aero deflection, the dimensions of parts, placement of safety structures…everything and anything to do with the car. Technical Regulations are generally pretty black and white – a car is either designed in conformity with the rules, or it isn’t. Occasionally, grey areas can be found and exploited – such as Mercedes’ ingenious DAS system that’s generated so much chatter so far this season. The concept of DAS wasn’t addressed in enough detail in the Technical Regulations, due to an open loophole, and so it isn’t illegal. Next year’s Technical Regulations have already been addressed to change that, now that the grey area has been identified. The biggest, most ingenious and game-changing innovations are found by extremely clever designers interpreting the wording of these regulations and finding the areas that haven’t been thought of already.

Racing Point’s RP20 is completely legal, under the Technical Regulations. Nothing on the car is too wide, too narrow, too long, too light, too heavy etc. etc. There hasn’t been a single thing found on the car by the race stewards that pore over every single detail of the car at every Grand Prix – it’s why technical cheating scandals are generally few and far between.

It’s also why Racing Point’s punishment is relatively mild – the rules they’ve broken are Sporting Regulations, not Technical, despite them being related to car parts. The parts themselves aren’t illegal, it’s the nature of how and when they were designed.

Racing Point’s customer status with Mercedes has its benefits. They get engines, ERS components and gearboxes from Merc, as well as some suspension components. Apart from that, they’re supposed to be on their own when it comes to design, with strict rules regarding how other parts are sourced and designed.

This is where things get interesting. Mercedes were open to selling some intellectual property and information to Racing Point, and did so. It was a completely legal transaction in 2019, when Merc sold the CAD drawings of their brake ducts to the pink team. No rules were broken, Sporting or Technical, as Racing Point used these drawings to engineer their own brake ducts and used the fronts on the RP19.

However, for 2020, Racing Point continued to use these 2019 front brake ducts on the RP20 – parts that are now restricted as a ‘listed part’. In their investigations, the FIA have found that as many areas of the Mercedes W10 have been copied for this year, the changes Racing Point made for 2020 also allowed them to reverse engineer and use the rear brake ducts, meaning all the ducts on the RP20 are now designs from Mercedes in early 2019 with only very minor changes made from the Merc design.

This was where Renault felt Racing Point had broken the rules – they broke the Sporting Regulations as the brake ducts are now a listed part under the 2020 rules. This means the brake ducts must have been designed by Racing Point. Complicating the whole thing, these exact parts were not bound by these ‘listed parts’ rules last year. It’s a unique set of circumstances, as the FIA have acknowledged by saying the Sporting Regulations don’t actually cover what happens when a team is using older parts that are part of the DNA of their car that then become ‘listed parts’.

Punishment and what happens next

In light of this, the FIA handed out their punishment and docked the team some points and money for the Styrian race, and a slap on the wrist for the other races. They say this punishment is sufficient to cover the advantages Racing Point got in the design process in early 2019, and will only be reprimanded for each event from now on in which Racing Point use the brake ducts.

The issue now is that the brake ducts will continue to be a breach of the same Sporting Regulation, Appendix 6, through every single Grand Prix from now on. While the parts aren’t in breach of any Technical Regulation, the FIA have decreed the parts were primarily designed by Mercedes – making them illegal under the Sporting Regulations. It’s a massive conflict, and extremely difficult to solve. Racing Point now have the knowledge of the design of these ducts, which can’t be erased. The FIA have found that they extensively dissected and documented the parts, as was completely legal ahead of the listed parts classification change. They also stated that the team clearly tried to find a way to improve and refine the design further, but couldn’t find a better solution than what Merc had found.

As a result, Racing Point can’t really be forced to remove the brake ducts in order to re-design the concept, as they’ll just simply re-produce the same part and claim it was the best they could come up with. And they’re not going to design something worse just to please the other teams.

The FIA have also stated that if Racing Point had asked about the front brake ducts ahead of 2020, it would have been fine. The FIA would have been made aware of the unique circumstances and stated that the parts were already in place ahead of the ‘listed parts’ rule change and would have applied a ‘grandfather’ logic to make it legal. However, this wouldn’t have applied to the rear brake ducts, as the parts were new to Racing Point in RP20 despite being designed in 2019. The ‘grandfather rule’ could not have applied for the rear brake ducts.

The headache for the FIA is only going to get worse from here, as Ferrari and McLaren have joined Renault in confirming they intend to appeal the decision reached by the stewards. The parts aren’t illegal, but the timeframe in which Racing Point gained the knowledge in how to make them, breaks the Sporting Regulations.