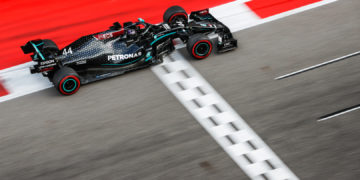 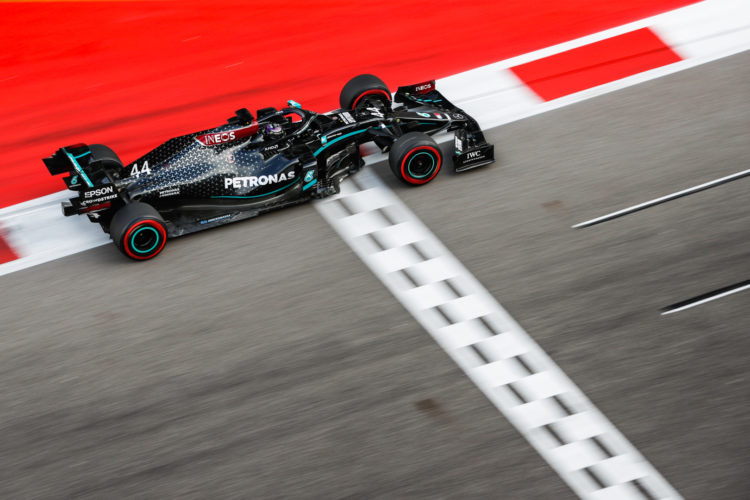 Russian Grand Prix – Lewis Hamilton picked up two separate pre-race procedural penalties at Sochi, but what rules did he break? And why did the stewards rescind his penalty points?

Lewis Hamilton was given two separate penalties during the Russian Grand Prix at Sochi. Having started the race from pole position, the cumulative ten seconds of time penalties were taken at his one and only pitstop and, as a result, the reigning Champion was out of contention for the race win. Along with the time penalty, he was given a single penalty point for each of the transgressions.

He was very unhappy afterwards, saying that the stewards were ‘out to get him’ as he moved onto ten penalty points and close to a race ban which is automatic when a driver hits twelve such points. The penalty points were later revoked by the stewards, but the time penalty still stood, while Mercedes were given a 25,000 euro fine as well.

What rules did Hamilton break?

Ahead of the race, on his way to the grid, Hamilton stopped to do a practice start – this is standard procedure for drivers on their way out. For each race weekend, the race director issues notes that are publicly available through the FIA’s transparent event’s documentation. These notes are instructions specific for the venue that are essentially part of the Sporting Regulations for that weekend. It covers specifics like track limits, track rejoin procedures and, crucially, the instructions over where to perform practice starts.

On this occasion, the notes said: “Practice starts may only be carried out on the right-hand side after the pit exit lights and, for the
avoidance of doubt, this includes any time the pit exit is open for the race. Drivers must leave adequate room on their left for another driver to pass.”

It’s a straightforward instruction, on paper. The picture below illustrates the area described by the notes. 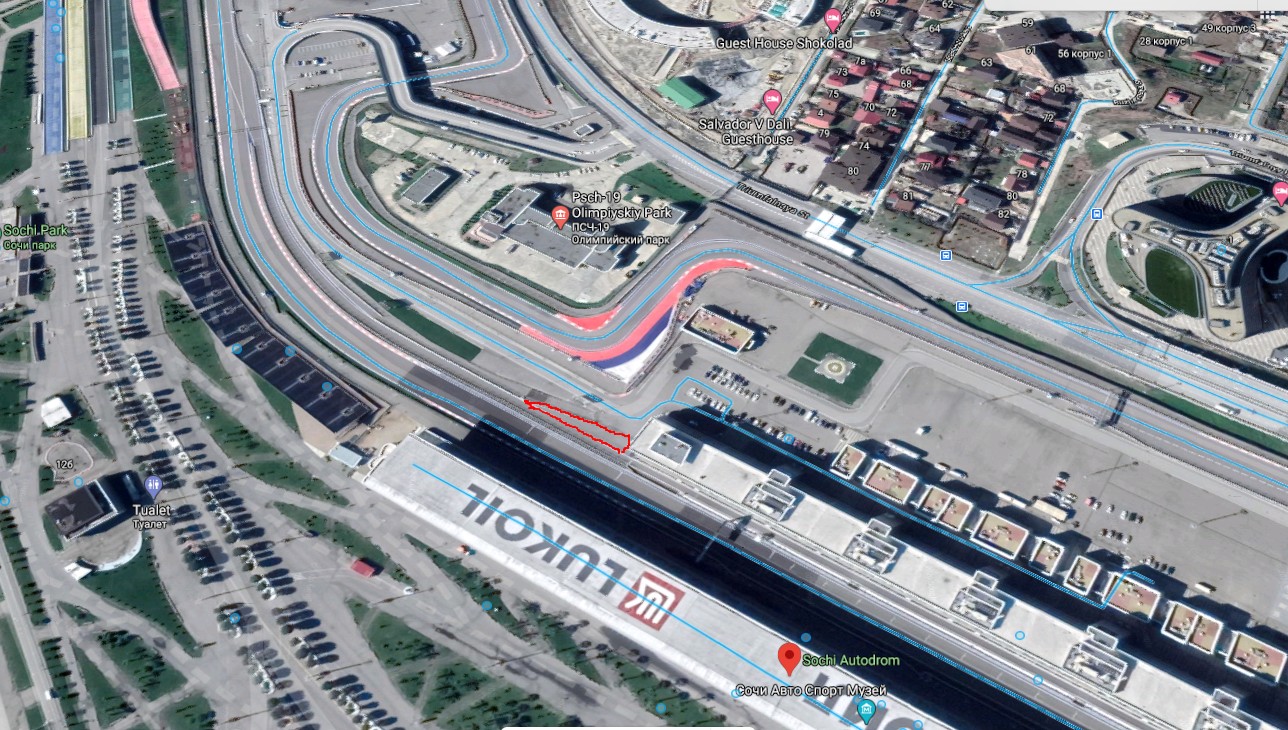 However, Hamilton travelled much further up the pit exit and, technically, out onto the circuit. He pulled over at the end of the pitwall, having requested to do so by the team. 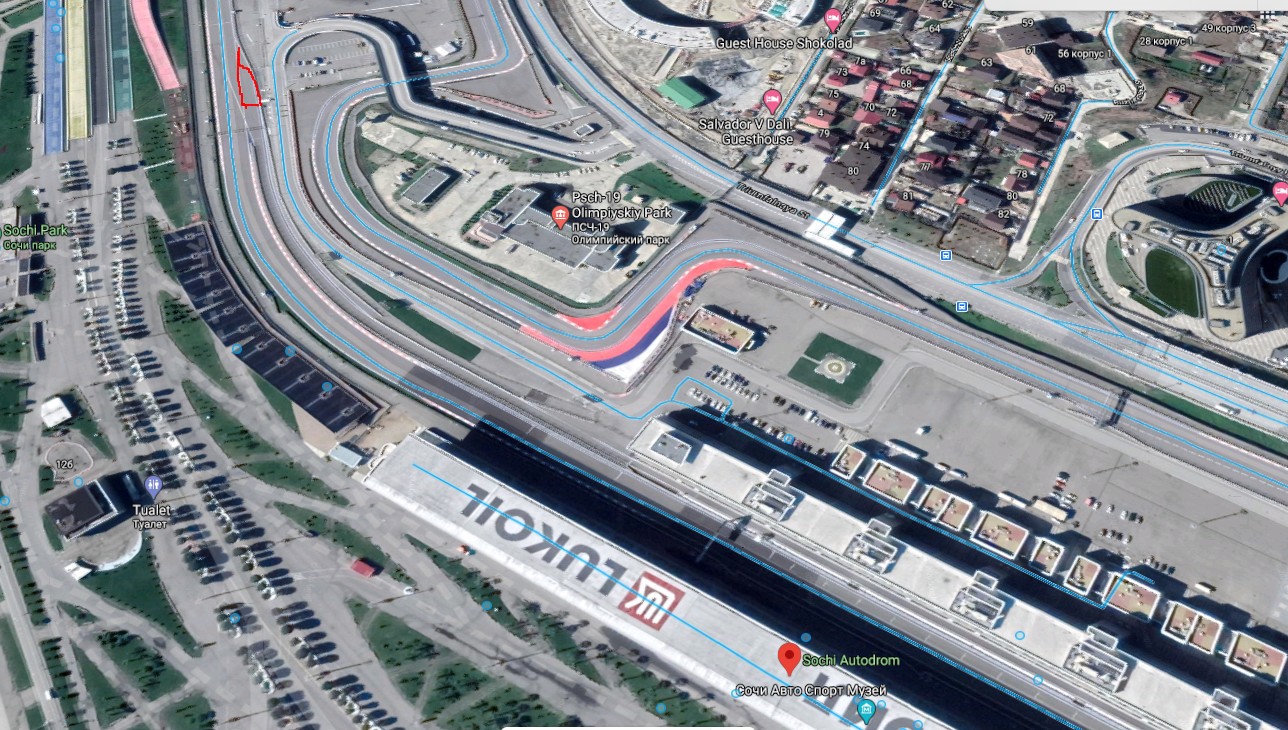 Based on the wording of the race director’s notes, Hamilton was still, technically, obeying the instructions, as the notes didn’t specifically state the zone intended. The wording actually could apply to the entirety of the track as being ‘after the red lights’, and it’s that lack of specific detail that seems to have caused the stewards to reconsider.

One penalty for Hamilton was for the breaking of the race director’s notes and the other penalty was for a breach of Article 36.1 of the Sporting Regulations. This states that drivers have to maintain a constant speed application through the pit exit. By stopping where he did, Hamilton didn’t follow this rule.

After the race, team boss Toto Wolff said: “Ron [Meadows] and I were [with] the stewards, the verdict was that he wasn’t in the right place. There is no mention what the right place is in the directors’ note, nor is it in the regulations.”

Why did the stewards retract the penalty points?

With Mercedes seemingly accepting the penalty, it was unusual that a few hours later, the stewards announced they had revisited the issue and retracted Hamilton’s penalty points. They explained that, having heard the team radio telling Lewis to carry out the practice start where he did, the blame lay more with the team than with Lewis. As a result, they took away Hamilton’s penalty points and gave Mercedes a 25,000 euro fine. This is unusual, considering the race director’s notes are supposed to be known by all competitors, not just the team itself.

Removing the penalty points was, basically, an acceptance of ignorance of the rules as a valid defence and sets an unusual precedent in that it separated out the actions of the driver from that of the team. This is rarely seen, as it sets a dangerous precedent – drivers are punished with grid drops for technical matters out of their control all the time. Just two races ago, Hamilton pitted into a closed pitlane at Monza on instruction from Mercedes. It’s a very similar offence, yet the driver and team weren’t separated for that penalty. So where is the line going to be drawn when it comes to instructions from the race director?

Removing the penalty points suggests the race stewards accepted the ambiguous wording of the practice start location, but not enough to remove the penalty itself.

With Hamilton feeling victimised by the initial penalty, saying the stewards were ‘out to get him’, race director Michael Masi responded:

“From my perspective it’s very simple that if Lewis wants to raise something – as I have said to him before and said to all the drivers numerous times – the door is always open.”

“I’m more than happy to discuss anything, but I think from an FIA perspective we are there as a sporting regulator to administer the regulations. We have the stewards as an independent judiciary to adjudicate those, and therefore there was an infringement and it doesn’t matter if it was Lewis Hamilton or any one of the other 19 drivers, if a breach has occurred of the regulations they will consider it on its merits.”

“And also further to that I would say adjudicate it equitably and fairly in the circumstances, taking all of the key elements into account.”

“The practice start location is obviously very circuit specific and detailed in the event notes. So at every other event Lewis has, along with all the other drivers, complied with the requirements of where they perform a practice start in accordance with the race director instructions.

“I would say that the reason why we determine where the practice start location is is for the safety of all drivers, and also so everybody is aware of what is actually happening. We determine its location for a deliberate reason.”