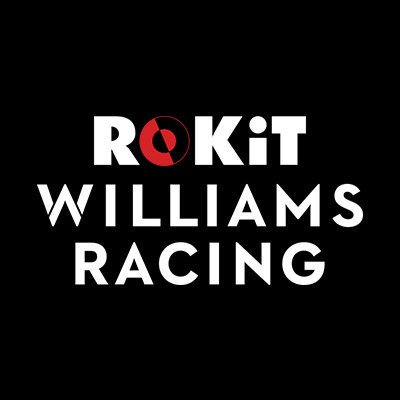 The Williams team have announced RoKiT will be their new title sponsor for 2019.

Williams have announced that phone manufacturer RoKiT will be their title sponsor for the upcoming season, replacing Martini after the drinks giant pulled out of F1 after five seasons.

The partnership between Williams and RoKiT was revealed during a special event held at Williams Racing HQ ahead of the 2019 season and signals an exciting new era for the team.

According to the press material, RoKiT are a new telecommunications brand “challenging the status quo, offering premium smartphone technology, performance and design at an affordable price and installing innovative Wi-Fi networks to make the world a better place. ROKiT is working internationally to develop smart cities and is currently rolling out public Wi-Fi across 27 of India’s largest cities, with a vision to create smart cities in 10 other countries in the next 3 years. ROKiT’s innovative mesh Wi-Fi network provides communities with better, faster and more cost-effective connections.”

RoKiT does have an existing connection to Williams. The two men behind the company are John Paul DeJoria of Patron Tequila, as well as Jonathan Kendrick. Kendrick worked with Goodyear tyres and Yokohama tyres in the late 80s and also worked as a tyre engineer for Alan Jones’ Williams car in Buenos Aires at the 1978 Argentine Grand Prix. DeJoria is a well-known self-made billionaire, who has numerous business interests including the House of Blues nightclub chain, as well as Ultimat Vodka.

In addition to their name being added to the team’s official entry, the title sponsorship will also see ROKiT branding on the upcoming Williams FW42 car. ROKiT will also feature prominently on the race suits and helmets of Williams’ race drivers, plus all trackside personnel team kit.

We are proud to welcome our new title partner @rokitofficial and introduce #ROKiT Williams Racing! pic.twitter.com/1CA2TV2P2A

“We are delighted to welcome ROKiT to our team as our title partner for the 2019 season and beyond.” said Claire Williams, Deputy Team Principal of Williams. “We share many similar values and aspirations with ROKiT; primarily putting engineering and innovation at the core of everything we do in our pursuit to be the best – the perfect platform from which to start a partnership.”

“ROKiT is on an exciting journey in their world of telecommunications, as we are at Williams as we build the team for a successful future. Taking that path together will make us both stronger in our endeavours and so I can’t wait to get started.”