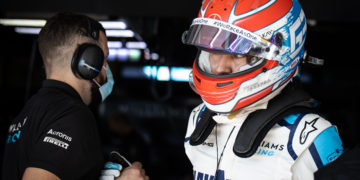 Williams clear up confusion, confirm Russell and Latifi for 2021

Williams clear up confusion, confirm Russell and Latifi for 2021 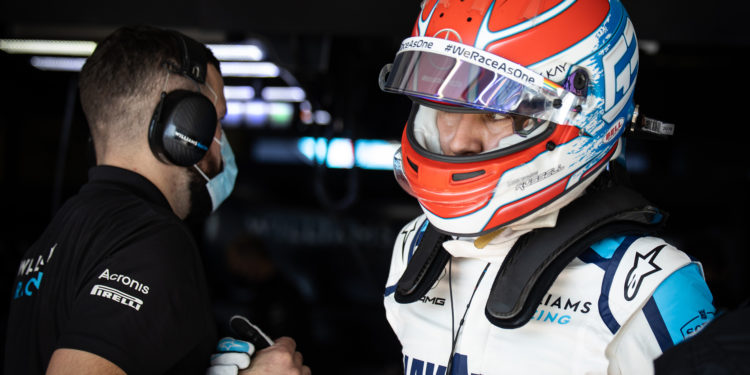 Imola Grand Prix – George Russell and Nicholas Latifi have both now been confirmed as staying with the Williams Team for 2021.

During last week’s pre-race press conference, Williams’ interim Team Principal, Simon Roberts refused to comment on whether the contracts Russell and Latifi had signed before the team got sold were going to be honoured.

Last Thursday, in an attempt not to ‘inadvertently fuel’ speculation, Roberts did exactly that when he said: “I’m not going to say anything about either of our drivers. They are both doing a great job. There’s so much speculation around I don’t want to inadvertently fuel it. Someone will take some nuance from whatever we say. We’re happy. Let’s watch the rest of the market.”

With both Haas drivers, Kevin Magnussen and Romain Grosjean, joining Nico Hulkenberg and Sergio Perez on the available and interested list for 2021 race seats, rumours were being spread that Perez might be lining up a move to Williams and potentially replacing Russell. The British driver was confident throughout that his contract was valid and the rumours were being spread by Perez’ people to drum up interest in the Mexican for other seats.

Today, Roberts apologised for his previous comments and gave a definite answer on the Williams’ drivers futures.

”I probably caused a bit of confusion last week, I’m sorry about that,” said Roberts. “We didn’t really want to comment on the driver position but, as George said, Claire [Williams] made the announcement earlier this year, nothing’s changed.

“This is our driver line up for this year and next year. We’re very happy with them and look forward to working with them in the continued way.”

Speaking after Roberts, Russell admitted he was pleased to continue with Williams and despite his confidence his seat was secure, it was unpleasant to have to listen to the speculation.

“Obviously it’s always nice to have stability,” said Russell. “It’s never nice to hear any speculation that your job is potentially up for grabs. Nevertheless, I was confident in what I could perform on track and ultimately I had to do the talking on track.

As Simon said, I was confident nothing would change moving into 2021 even with all the speculation going around. Like I said, I think a lot of the speculation was fed via teams surrounding drivers to create these issues over the last couple of weeks. Definitely happy and pleased to continue on this journey.”