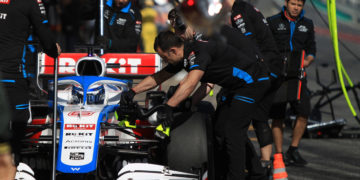 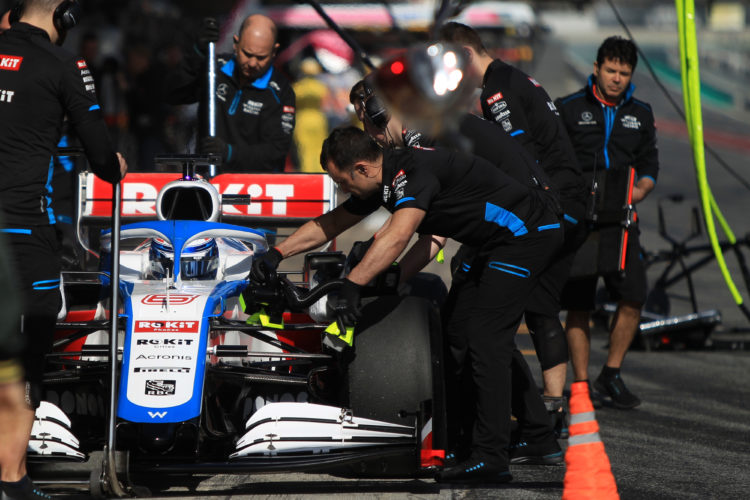 Austrian Grand Prix – Williams say their initial aim in 2020 is to make their new FW43 a ‘reliable and raceable’ car after a year in the doldrums.

Williams head to Austria’s Red Bull Ring this weekend, with a fresh new look for their FW43. The team launched a new livery last week, which was required after the departure of title sponsor RoKIT after pre-season testing.

The team are aiming for a big step forward in 2020, after a year spent solidly as the slowest team in Formula 1 throughout 2019 with a recalcitrant FW42. The 2020 car showed promise during pre-season testing as being good enough to allow the team to join the back of the midfield, and Senior Race Engineer Dave Robson says the team’s initial aim is to make the car solid and predictable for the drivers.

“Our initial efforts will be on making the most of our car, ensuring that it is reliable and raceable, and on learning for the intense series of races that lie ahead of us.” said Robson. “Both George and Nicholas are familiar with the circuit and this will allow us to concentrate on the engineering during running on Friday.”

“When we last ran the car in Barcelona, we were encouraged by the improvements made since the end of 2019, however, we are under no illusion that we need to keep working hard and maximise every opportunity we can find to get us further up the grid. We are also aware that teams will have taken the opportunity to improve their cars since February; more than ever, predicting the pace of the opposition is difficult and futile.”

George Russell has kept himself busy during the enforced lockdown by winning multiple virtual races, but he says he’s delighted to be getting back to real racing: “We are pleased and thankful that we are able to return to doing what we love, however, everyone at Williams, and across Formula One, remembers those who have suffered, and those who continue to suffer, as a result of the ongoing Covid-19 pandemic. We hope that the beginning of the 2020 F1 season will offer a small sense of a return to normality and provide some exciting new entertainment as the world slowly awakens from a prolonged and difficult period.”

Nicholas Latifi has been waiting to make his F1 debut since being announced as a Williams race driver at the end of 2019, and the Canadian says he feels fully ready to finally get started: “It goes without saying that I am extremely excited to finally make my Formula One debut! It’s definitely not been a conventional build up to the first race of the season but these past few weeks have been good getting back into the swing of things, upping my preparations, and getting back into the factory and into the groove with the team.”

“I feel ready and I feel prepared. It will be a bit strange with all the new protocols and it will definitely be a lot quieter without any fans. There will be a lot to get used to but we’re getting to go racing again and that’s the main thing. I can’t wait to hit the track.”