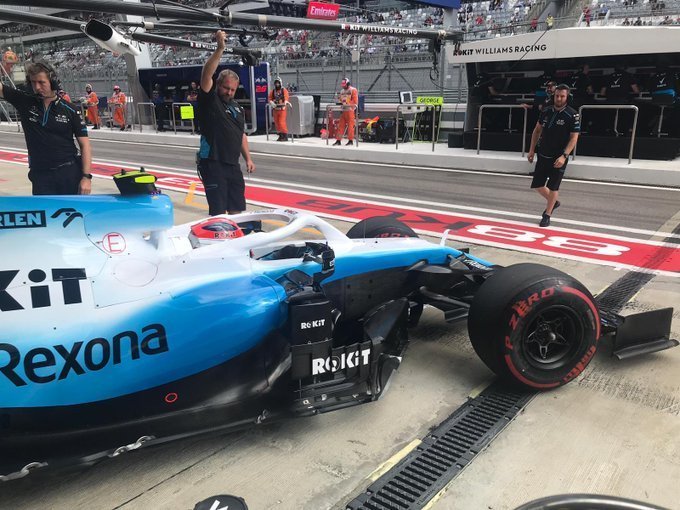 Russian Grand Prix – Williams say they retired Robert Kubica from the race at the Sochi Autodrom out of a desire to conserve parts.

Robert Kubica retired from the Russian Grand Prix on Lap 30, moments after teammate George Russell crashed out of the race at the Sochi Autodrom. Running in P14 & P17 with Russell and Kubica respectively, Russell went off at Turn 8 as he appeared to encounter a mechanical failure on entry to the corner.

Buried in the barriers, he was uninjured and clambered free as the Safety Car was deployed while, almost simultaneously, Robert Kubica pitted and retired from the race for reasons that were unclear.

A statement from the team later said that they were investigating the cause of Russell’s retirement from the race, while Kubica was retired out of a desire to conserve parts ‘as we were not in contention for a points finish’.

Given Williams level of competitiveness in 2019, this appears to be disingenuous and Kubica’s retirement is far more likely to be down to a worry that the unexplained incident for Russell could happen on the second FW42.

“This weekend has been very disappointing.” said Kubica as he stepped out of his car. “You always have to try your best with what you have, and this is what I was trying to do. After George’s DNF, the team decided to stop my car, to take care of the parts that we have on the car. We are not in an easy situation and Japan is around the corner.”

The double retirement is the team’s first double DNF in 2019, having had their very first retirement of the year last week with Russell in Singapore.