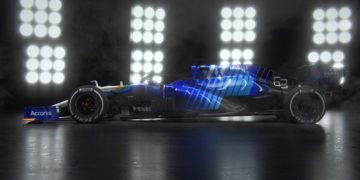 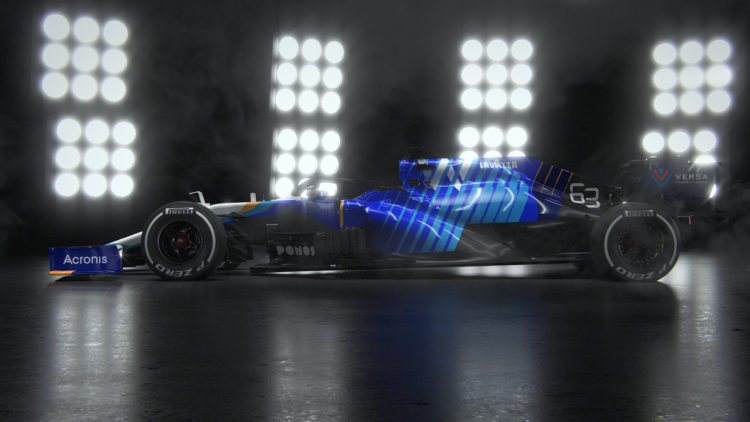 Williams have revealed their new livery for 2021, showcasing their 2021 FW43B with a striking new look under new owners Dorilton Capital.

Williams go into the 2021 season with new owners at the helm, following the sale last summer by the Williams family. Now owned by Dorilton Capital, with the appointment of new CEO Jost Capito in early February, 2021 represents a clear line in the sand as the team looks to move forward from the disappointment of recent years.

The FW43B was revealed in an online launch on Friday, shortly after the team cancelled their planned augmented reality launch after hackers managed to get in and leak the livery.

The team say the new look car is reflective of their proud history of over 40 years in Formula 1, as well as the current transformation into the future under Dorilton ownership.

Williams say the new car is evolutionary of last year’s uncompetitive FW43, which is why it has been given its ‘B’ designation. This is due to to the regulations remaining largely the same compared to last season, with aerodynamic tweaks introduced to slow the cars down. The new visual identity is ‘sporting a livery inspired by Williams’ all-conquering cars of the 1980s and 1990s, combining blues, white and yellow accents.’

Speaking for the first time as CEO of Williams Racing, Jost Capito said: “Williams Racing is a sporting icon, and a team that has forged a reputation of success through sheer determination and grit intertwined with innovation, passionate and skilful race-craft and an absolute desire to win. Highs and lows are typical in any long-established sporting brand’s journey and historic success can be a strong motivator, but it cannot be relied upon to define future success in the modern era of Formula One.

“Therefore, we have created a fresh new livery for the 2021 car; one that acknowledges our incredible past and retains the spirit, drive and motivation that remains at the core of Williams’ DNA yet looks to the future and signposts our long-term ambition to return to the front of the grid. Whilst we are just starting out on this journey and there is still a lot of work to do, we are happy to see momentum in the right direction and look forward to continuing that progress on track this season.”