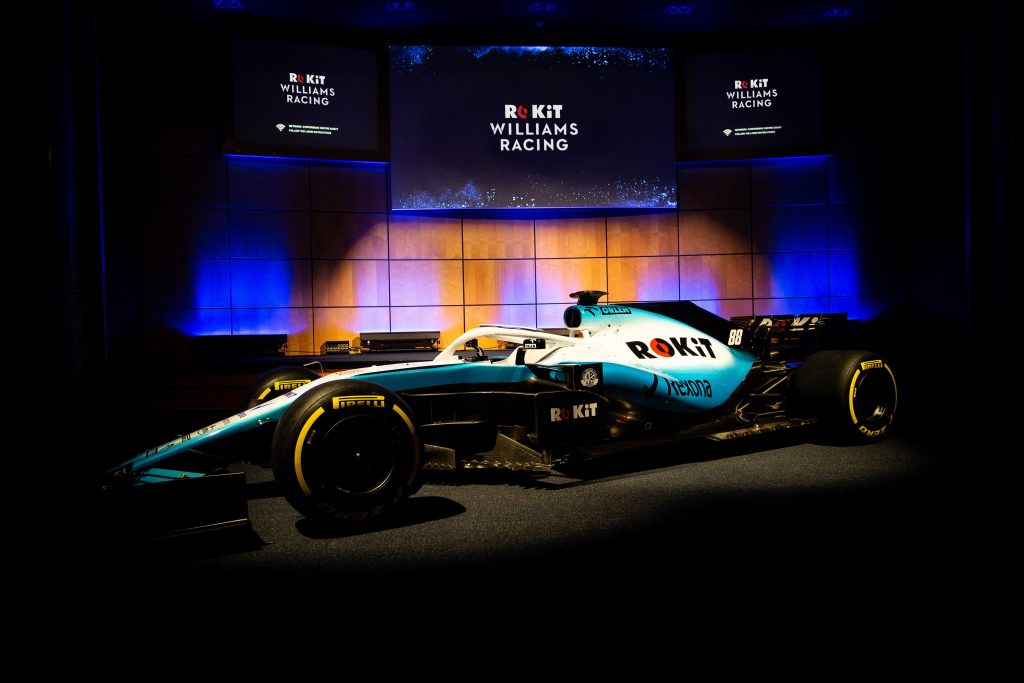 Williams have unveiled a fresh livery for their 2019 car, the FW42, and have announced a new title partnership with mobile phone manufacturer ROKiT.

The Grove-based team had largely maintained the same livery for the past few seasons. They took on a title sponsorship with Martini for the 2014 season, a deal which came to an end at the close of the 2018 season.

Promising a new title partnership for 2019, the team had been widely expected to deliver a revised colour scheme.

The new blue-and-white blended livery features black detailing with ROKiT logos on major parts of the car, such as the barge boards, engine cover and rear wing. A full 2019-spec car is expected to be revealed on the first day of preseason testing.

Williams head into 2019 off the back of one of their worst seasons in Formula One history. With fundamental issues with the FW41, they scored just seven points and finished a distant tenth in the constructors’ championship.

The nine-time constructors’ champions will field an all-changed line-up in 2019. Reserve driver Robert Kubica makes the step up to his first full-time Formula One drive since 2010, and he’ll drive alongside rookie Mercedes junior driver – and reigning Formula Two champion George Russell.