Williams will launch their 2020 car in an online reveal on the morning of February 17th, two days before pre-season testing starts.

Williams have become the latest, and penultimate, team to announce their launch plans for 2020.

The Grove based team will reveal their FW43 in an online launch at 8am on the morning of February 17th, with this being a ‘virtual’ launch. This means that the reveal will merely be of renderings of the car, with the first physical appearance of the car thus on the opening morning of testing.

Williams announcing their plans means that just one team are left to confirm exactly how they will reveal their 2020 car: Red Bull are yet to announce their schedule. Here’s the full list of confirmed dates for each team.

Williams appear to be much more prepared for 2020 than the disastrous start to 2019 they endured when the FW42 simply wasn’t ready at the start of testing. New sponsors have come onboard, due to the signing of Formula 2 runner-up Nicholas Latifi. The Canadian has brought a wealth of new signings, including coffee brand Lavazza, the Royal Bank of Canada and Sofina Foods – all are personal sponsors of Latifi.

While Latifi is a new signing as he replaces the departed Robert Kubica, George Russell remains with the team for a second season. The Mercedes junior driver will be hoping to score his first Formula 1 points this year with the FW43. 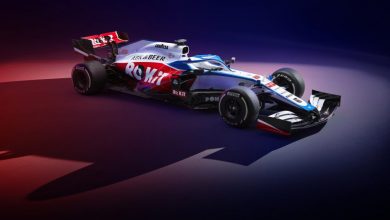