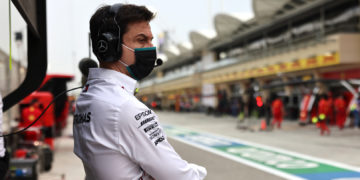 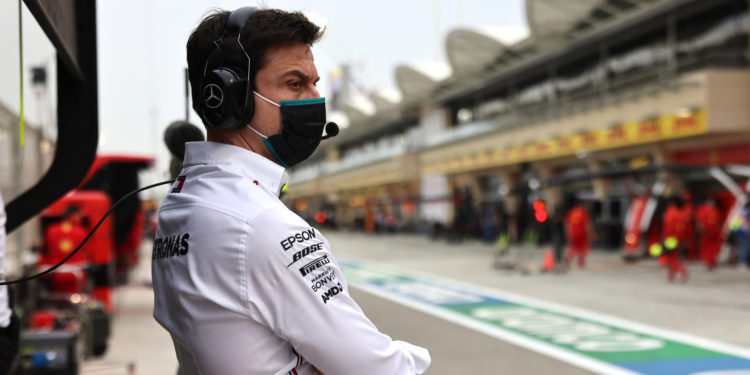 Toto Wolff wasn’t shy about voicing his opinion when asked about the proposed alterations to the 2021 qualifying format at the W12 car launch.

The Mercedes team principal spoke candidly about his opposition to the idea of a reverse grid but acknowledged that sprint racing was certainly a concept worth exploring.

The no-nonsense Austrian, who is coming into his 8th year as part of the Mercedes AMG Petronas Formula One Team, vehemently stated: “Reverse grids have no place in any sport that is based on measuring and competing in the true sense of the sport. We are entertainment but the moment you slide into ‘show’ and ‘Hollywood’, you will lose a lot of credibility as a sport overall.”

“So not every decision that aims to increase the entertainment factor is right for Formula 1 – it always needs to be balanced between the DNA of true sports, best man and best machine wins, and what the fans like to see.”

Circling back on the suggested addition of sprint racing to the current Saturday F1 programme, the Silver Arrows CEO and team boss was positive and welcomed the change. He advised that Formula 1 could look to the Deutsche Tourenwagen Masters series, in which his wife Susie competed between 2006 and 2012, for inspiration: “The sprint races are an interesting format in my opinion and an experiment which I believe we need to do. I have seen in other racing series, in DTM, that the audience almost doubled with having a Saturday and Sunday race and that obviously can be monetized. I think if we were to do this without some interference to create a fake show, it has merit to try it.”

In a further departure from the norm, the 7-time Constructors Championship winning team bucked tradition by deciding to hold the shakedown independently of the car launch; with the filming day scheduled to take place in between pre-season testing in Bahrain and the opening race there on the 28th of March. When asked what the logic behind this was, Wolff cited the unreliable British weather as the primary motivation: “It always rains at Silverstone so we decided that we did not want to stand in the freezing rain again.” He went on to add that he believes this postponement to be for the best and that “This is, I think, more representative and there will be better pictures to be utilized than we could probably get in Silverstone.”