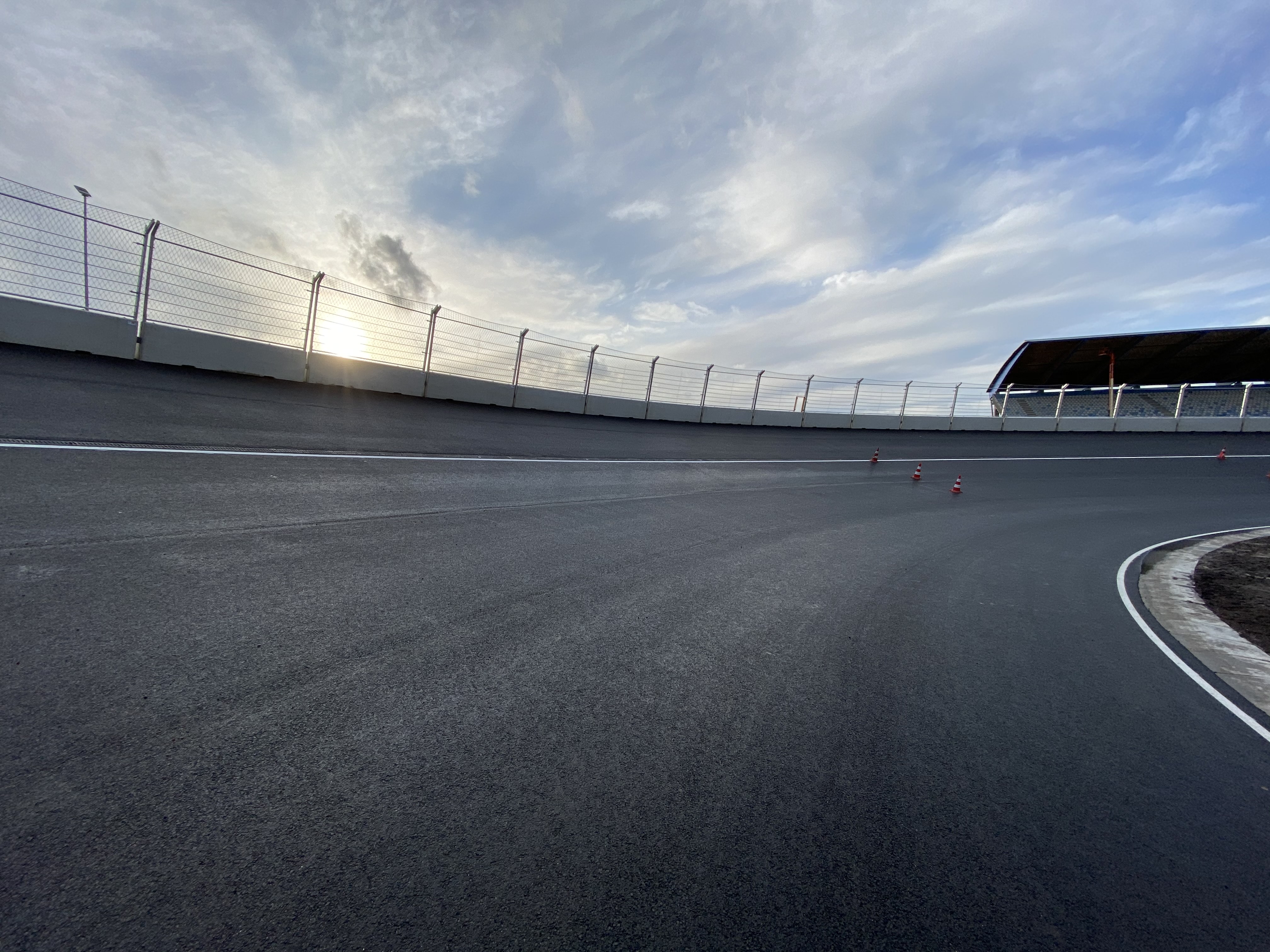 Zandvoort banking is ready to go for Dutch Grand Prix

Zandvoort banking is ready to go for Dutch Grand Prix

The spectacular banked corners at Zandvoort have been fully completed, just two months before the return of the Dutch Grand Prix.

The construction work at Zandvoort has been largely completed, with installation of the FIA homologated debris fences now installed on the new banked corners at the circuit.

Geobrugg, the Swiss company who make the fencing, confirmed on Thursday that their work at Zandvoort is now complete, with two banked sections at Hugenholtz and Arie Luyendyk fully constructed.

The idea for the banked corners at Zandvoort came about as a suggestion from the circuit’s Technical Director Niek Oude Luttikhuis during initial consultation with the late FIA Race Director Charlie Whiting. The intention was to make the circuit faster and more spectacular, and Italian company Dromo were brought in to help with the design of the banking. Arie Luyendyk has an 18 degree camber, with a steep 19 degrees at Hugenholtz.

Dromo and Zeobrugg worked in conjunction with SmithFence (renowned in NASCAR and IndyCar) for the barrier system at Zandvoort, and Dutch asphalt company KWS to complete construction. According to Dromo boss Jarno Zaffelli, the result is a sequence of corners similar to the likes of Eau Rouge and Radillion at Spa-Francorchamps, or Maggoots and Becketts at Silverstone.

“We did something that we thought would be really formidable to drive, that has no equal at any other racetracks.” said Zaffelli. “Turn 14 is quite ample and wide, making it full throttle, whereas the transition between Turn 2 and Turn 3 has a lot of elevation and banking changes. All of your horizon is tilting, all of your perception is evolving, you feel like you are being squeezed. It’s like being in a corkscrew, depending on the line that you are following.”

“The challenge will be really huge because cars are not designed to sustain such a banking like that, so the teams will have to think about it.” continued Zaffelli. “Not only from the tyre perspective but also the suspension as well, the handling, going into Turn 2 and Turn 3, and then out of Turn 4 will require a setup that will be a compromise because if you want to go fast there you will have to go slow in another section.”

The engineering behind the Zandvoort banking is impressive: Geobrugg had to research and prove safety with the concrete barriers at a 90 degree angle to the track surface, fixed in place by tethering cables. These were made with the help of NORDBETON, with a demo installation at their factory using a pull test to ensure the correct friction levels for stability on the banking.

“We had to take a number of steps to be prepared for the installation of the debris fences at the banked sections. We are pleased that our debris fence solution meets the requirements set out by the suppliers, along with Zandvoort, F1 and the FIA.” said Jochen Braunwarth, Director of Motorsport Solutions at Geobrugg.