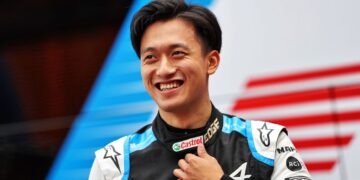 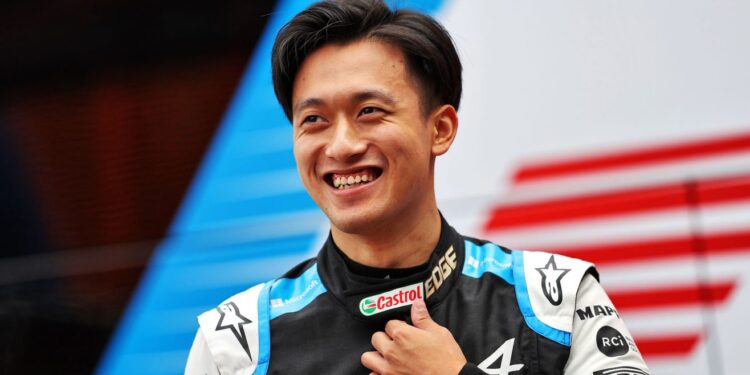 Alfa Romeo have announced that Guanyu Zhou will be joining the team next season, making him the first Chinese driver to get a full time F1 seat.

Alfa Romeo will have a completely new driver line-up up next season with Valtteri Bottas replacing the retiring Kimi Raikkonen while Zhou will step up from F2 into Antonio Giovinazzi’s seat.

This year Zhou is competing for the F2 title for UNI-Virtuosi, the Chinese driver is currently second with two races weekend’s left, and he started his 2021 off well by winning the F3 Asian Championship.

The 22-year old has good experience with top teams spending four years with the Ferrari Driver Academy then spending a year as Techeetah’s test driver in Formula E before joining up with the Renault Sport Academy.

In 2020 he became the Renault F1 team’s test driver, a role that continued through the Alpine rebrand. Zhou had his first appearance in an F1 session in Austria this year where he took over Fernando Alonso’s car for FP1 where he finished P14, just over four tenths behind Esteban Ocon in the other Alpine.

“I dreamt from a young age of climbing as high as I can in a sport that I am passionate about,” Zhou said. “And now the dream has come true. It is a privilege for me to start my Formula 1 racing career with an iconic team, a team that has introduced so much young talent into Formula 1 in the past. Now the dream is reality.

“I feel well prepared for the immense challenge of Formula 1, the pinnacle of my sport, alongside a proven, world-class talent in Valtteri Bottas. I wish to thank the Alfa Romeo Racing Orlen team for this opportunity. Next year the target will be to learn as much as possible and as quickly as possible.

“To be the first ever Chinese driver in Formula 1 is a breakthrough for Chinese motorsport history. I know a lot of hopes will be resting on me and, as ever, I will take this as motivation to become better and achieve more.”

Zhou’s new team principal, Frederic Vasseur is looking forward to his new lineup and believes Zhou and Bottas will work well together.

“It is a pleasure to welcome Guanyu Zhou to Alfa Romeo Racing Orlen,” said Vasseur. “He is a very talented driver, as his results in F2 have shown, and we are looking forward to helping his talent flourish even more in Formula One. We are proud of our line-up for 2022 and we are confident Zhou will form a very successful partnership with Valtteri.

“We are also looking forward to welcoming all the new Chinese fans who will join the team: Alfa Romeo Racing Orlen is a historical brand and one that embodies the spirit of Formula One and we will do our utmost to make the experience of our sport a great one in China.”

Vasseur also had some words for the departing Giovinazzi, thanking him for his time with the team and hoping to end his year on a high in the final few races.

“Saying goodbye to a driver is never easy,” Vasseur added. “Especially so in the case of Antonio, who has been part of the team for so long. As we part ways, we will cherish the memories of the good times and learn lessons from the bad ones, knowing these moments all made us grow together as a team.

“We wish Antonio the best for his future after the 2021 season: before then, we still have three races to achieve some good results together and finish the year strongly.”