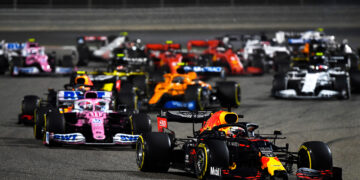 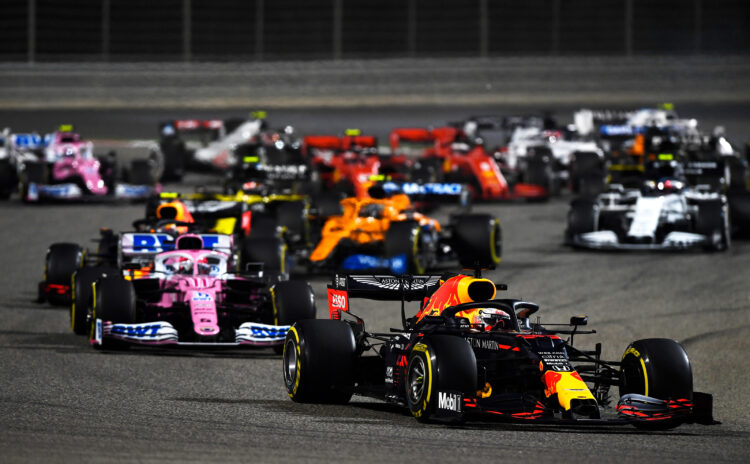 The 2021 Formula 1 World Championship is almost upon us, and it looks likely that this year will be relatively normal after a disrupted 2020.After a truncated season in 2020, Formula One is back and we’re expecting a full calendar in 2021. While there are some changes to the regular schedules, organisers have confirmed dates for 23 races, kicking off in Bahrain on March 28th and ending in Abu Dhabi on December 12th.

While Lewis Hamilton and his Mercedes team are expected to dominate once again, it should be a fascinating campaign with plenty to look forward to.

In terms of manufacturers, the most interesting development sees the emergence of the new Aston Martin team. A noted British car manufacturer, Aston Martin enjoyed a brief stint in F1 in the late 1950s and early 1960s but they’re back after years of rumour.

The news also sees Sebastian Vettel leave Ferrari after six years to join up with Lance Stroll as the first drivers for the new Aston Martin team. Other driver changes see Carlos Sainz taking over Vettel’s vacant seat at Ferrari while Daniel Ricciardo moves from Renault to replace Sainz at McLaren.

Through the minor teams, something of a merry-go-round has taken place but there are no changes at the top. After a brief period of conjecture, Lewis Hamilton has signed on for another year with Mercedes where he will resume his partnership with Valtteri Bottas.

Max Verstappen, who offers the closest challenge to the Mercedes pair, remains at Red Bull but he has a new teammate in Sergio Perez. Following an emotional first win at the Sakhir Grand Prix for Racing Point last year, Perez has been rewarded with the opportunity to step up.

Every season gives us a host of driver changes but, as we have seen, there is no switch at the top of the tree. Seven-time world champion Lewis Hamilton is widely tipped to seal a record breaking eighth drivers’ title at the end of the season.

In 2013, there was a lucrative attempt to host a Grand Prix of America, however plans fell through when it turned out promoters were in breach of contract, so the closest residents of New Jersey can get to the race is through backing a potential champion, on a brighter note, you can make your choice from over 15 betting operators. Hamilton is available at odds of 2/5 across the board and that gives him a significant gap over his closest challenger Max Verstappen at 5/1.

It’s hard to argue with that assessment: Hamilton has won the drivers’ title for the last four years in succession. The Mercedes number one has secured victory in six of the last seven seasons with teammate Nico Rosberg the only man to break that run in 2016.

Rule changes are coming into force in 2022 which will alter the way that cars are constructed. The developments should lead to a fairer playing field but, for now, Mercedes are expected to dominate in 2021.

If we look at the Constructors’ Championship, the German manufacturer have won the crown in each of the last seven seasons and it would be a major shock if that run were to be broken this year. The sportsbooks are in agreement once again with odds as short as 1/5 in places.

If those numbers are to be believed, the drivers’ and constructors’ titles are already foregone conclusions. That theory is likely to be backed up throughout the season but there is plenty of interest behind the chasing bunch.

Many F1 fans felt that Williams’ driver George Russell might have snatched the number two slot at Mercedes this year. Having stepped in for Lewis Hamilton in the 2020 Sakhir Grand Prix, the youngster underlined his potential by qualifying behind Valtteri Bottas in second place. From that lofty position on the grid, a ninth place finish would have been relatively disappointing but Russell did have the consolation of recording the fastest lap.

Mercedes technical director Mike Elliott has confirmed that Russell’s progress will be closely monitored across the season.

Elsewhere, the man under most scrutiny may be Sergio Perez who makes that step up to join Max Verstappen at Red Bull.

Traditionally, the F1 season gets underway in Melbourne in March but some necessary changes to the calendar have forced a switch. Australia remains on the circuit but the F1 roadshow will now head Down Under in November.

Elsewhere, while it would have been fascinating to see another street circuit added to the schedules, the Vietnam Grand Prix has been dropped after being set to make its debut in 2020. The Dutch GP in Zandvoort has, however, retained its slot on the calendar.

An expansion to the scheduling has given us those 23 races and Saudi Arabia appears on the Grand Prix list for the first time. A night race in Jeddah offers something different with the race set to take place on December 5th.

Finally, the Portuguese Grand Prix, which stepped in to cover calendar changes in 2020, survives. It’s the solitary ‘one-off’ race to remain on the list following last season’s emergency scheduling.

The new Formula One season is just a few short weeks away and it will be great to see a full calendar with, hopefully, some crowds in attendance. Lewis Hamilton is very much the man to beat but, as we’ve seen, there are many sub plots including the appearance of a new team and the question over George Russell’s mid-term future.

The Bahrain International Circuit in Sakhir is the setting for the first race of the campaign and we can hardly wait for the green flag.