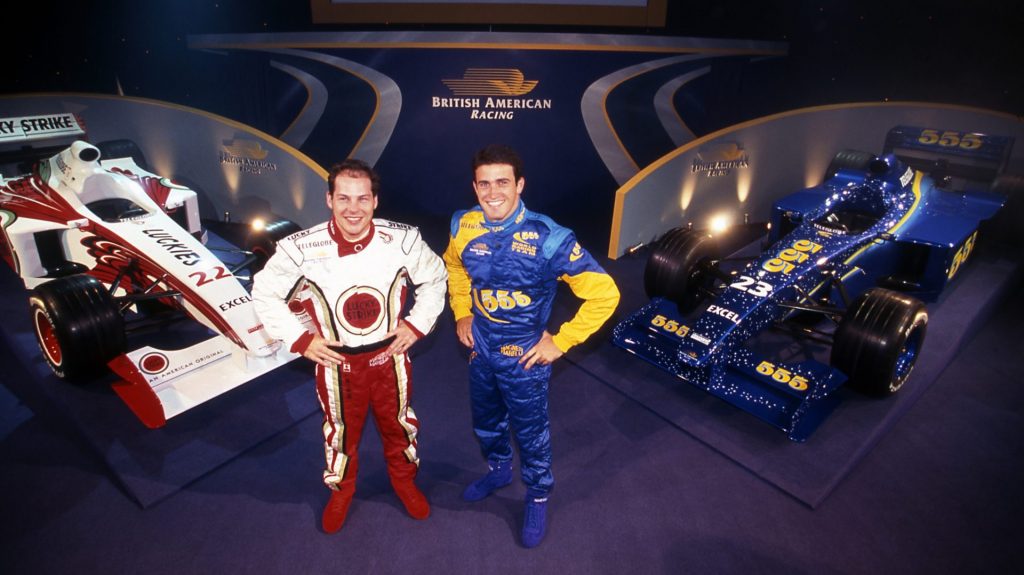 In a look-back at one of the more remarkable moments of preseason Formula One, we remember the time when newly-founded British American Racing got into trouble before they even made their race debut.

In a flashy car launch – the likes of which are seldom seen in Formula One these days – the team unveiled their first challenger, the BAR 01.

In a surprise move, they displayed two liveries, one for each drivers’ car, aimed at promoting their two main brands; Lucky Strike and 555.

The first – on Villeneuve’s car – was a white livery with red detailing (for the Lucky Strike brand), whilst the second – on Zonta’s car – was a dark blue livery with white dots and accents, a similar livery to what had been seen on Colin McRae’s Subaru Impreza’s of the late nineties.

The FIA were not impressed. They deemed the liveries illegal on the grounds that both cars must look identical to each other.

The result was a more garish one. They used both liveries, one on either side of the car and separated by a zip.

On the track, their first season was fairly disastrous.

Villeneuve gave the occasional strong qualifying performance, but the team were ultimately undone by their reliability problems. With the Canadian retiring in the first eleven – yes, eleven – races of the season.

Their best finish actually came from stand-in driver Mika Salo. Zonta injured his foot during practice for his home Grand Prix in Brazil, with Salo filling in for the San Marino, Monaco and Spanish Grands Prix.

It was at San Marino where Salo “finished” in seventh place, one place outside the points. Except he didn’t finish, he pulled out of the attritional race with electrical problems with a couple of laps to go, but was still “classified” as seventh.

Results improved and podium finishes occurred, but their foray into Formula One could be considered ill-timed. The sport was already gradually phasing out tobacco sponsorship and the team was eventually bought-out by Honda by 2006.