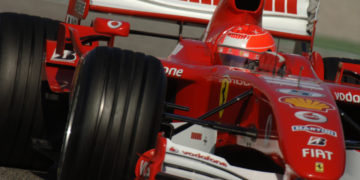 On this day in F1 History… February 1st:

On this day in F1 History… February 1st: 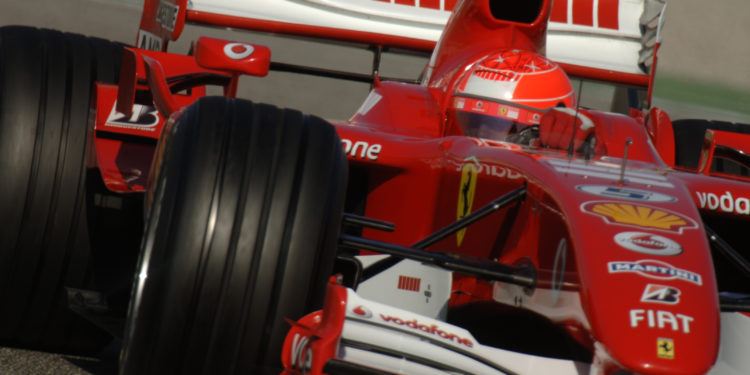 The year is 2006, the venue – the Circuit Ricardo Tormo, Valencia. Despite wet conditions during winter testing, nothing could dampen Valentino Rossi’s spirits as he took to the grid for the first time alongside the other Formula 1 drivers of the season. Although by now he had already taken part in several private tests for Scuderia Ferrari, this occasion marked his official debut with the iconic team.

Unfortunately, inclement weather had curtailed testing activities the day prior, meaning that Rossi had only managed to complete a single installation lap before being forced to return to the paddock. However, this initial setback proved to be fleeting and Day 2 saw the Italian go on to display excellent form.

With a primary focus on tyre testing, Rossi drove the older V10-powered F2004. Massa also drove a F2004, albeit one which had been modified with the superior V8 engine. Meanwhile, seven-time World Champion Michael Schumacher was the only Ferrari driver afforded the chance to take the newer 248 F1 for a spin.

By the end of the session, Rossi had logged a total of 53 laps and finished in 12th place overall – coming in slower than fellow Ferrari teammates Schumacher and Massa, by 1.7 and 2.1 seconds respectively. This result was hardly surprising, given that Rossi found himself at a disadvantage from the outset, owing to significant performance inconsistencies between the V8 and V10 power units.