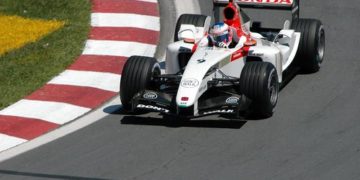 On this day in F1 History… February 2nd:

On this day in F1 History… February 2nd: 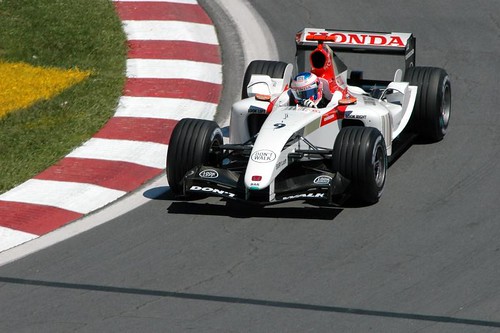 On this day in 2004, Jenson Button (pictured above) tore up the track in the newly launched BAR 006 during pre-season testing!

Although not all F1 teams were in attendance on the day, Button still managed to leave his closest competitor, Williams’ Marc Gene, in the proverbial dust by a gap of 1.4 seconds.

Tony Shelly was born in 1937 in Wellington, New Zealand. He inherited a love of cars at a young age from his father, who ran a BMW dealership. He made his motor racing debut in the 1955 New Zealand Grand Prix, where he competed as part of the Sports Car class. Although he managed to qualify, he never actually started the race.

A mere 3 years later, a big win at Teretonga in 1958 saw Shelly become one of the most celebrated drivers in both Australia and New Zealand at the time. On the back of this acclaim, he relocated to Europe in 1962 to race for John Dalton. Sadly, he was unable to match the level of success previously achieved south of the equator.

Further disappointment awaited in June of 1962 when both Shelly and fellow driver Les Leston were infamously denied entry into that year’s LeMans endurance race. Due to represent team Lotus in the competition, the unfortunate pair were disqualified when it was determined that their Lotus 23s did not meet the stipulated technical specifications.

Aside from a brief outing with Autosport Team Wolfgang Seidel at Monza, wherein he failed to qualify, Shelly remained at John Dalton for the duration of the 1962 Formula 1 season. He contested the British Grand Prix on their behalf but was forced to retire early in the race due to engine issues. His only other World Championship appearance, at Nürburgring that same year, was equally disappointing as he again failed to qualify.

Following this ill-fated flirtation with Formula 1, Shelly returned home at the end of the season. He continued to race professionally until 1964, after which time he went into semi-retirement – making only infrequent appearances thereafter. He died on the 4th October 1998 in his native New Zealand.