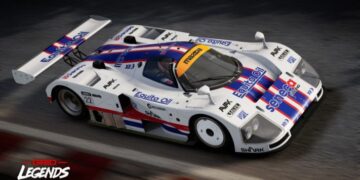 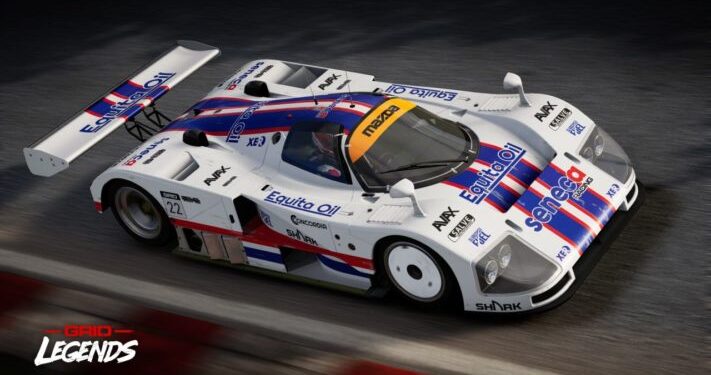 The Grid racing series is over a decade old and has gone through many variations and changes. Grid Legends is the entry to the franchise, but how does the game stack up to the previous editions.

Starting with Race Driver: Grid, the series has evolved and changed over time and is now in its fifth entry.

Legends is the first of the series to be produced under new publishers Electronic Arts. You can already tell due to the new polish and streamlined user interface that has been a staple of EA titles in the past.

The game’s main mode is a single player campaign “Driven to Glory” that has been heavily inspired by Netflix’s Driver to Survive series. It’s a strong narrative focussed mode that sees you, an unknown rookie driver enter the Grid World Series racing championship.

The driver – you – join up with Seneca, a team that has failed to deliver strong results due to the over reliance on hiring unknown drivers.

The story uses real life filmed footage to drive its narrative and features well known actors such as Sex Education’s Ncuti Gatwa. The acting is strong and the story is well put together, and the visuals of the cars on track are dynamic and beautiful.

Some of the characters are sometimes comically over the top, for example, Nathan McKane (a regular name in the Grid series), plays the antagonist whom you and Seneca need to beat. He’s played as a typical, ruthless bad boy who will stop at nothing to win. And he knows it.

The gameplay in between these cut scenes involves racing on various tracks in a number of different cars and categories. You have a goal to reach, and the progression to the next part of the story relies on you hitting those targets. It’s a formula that has been employed in F1 20201’s

The driving itself nudges down towards the more arcade style, but there are occasions where the cars can bite back. I turned off all the assists, and pumped the AI up to the highest setting (legend, naturally). The challenge was quite tough and sometimes I’d fail the objective. These assists and difficulty levels are dynamic enough to ensure that nobody feels left behind.

The game looks stunning with vibrant and gorgeous tracks that feel incredibly atmospheric. The cars themselves have a true to life sheen with fully realised interiors to boot.

The AI is strong with a few hiccups here and there which will see your electronic opponents sometimes spear off into the barriers or limp over the line with a puncture. There’s a lot going on even in the shorter races.

The track collection is packed with variety. You have a choice of real world circuits such as Brands Hatch or Mount Panorama, mixed with original tracks around stunning cities like London or Barcelona.

Once the single player campaign is over, you can embark on your own career with a team or your choosing. The customisation options are typical of what we see from Codemasters these days with a plethora of livery and options to choose from.

A breadth of categories range from open wheel (even featuring the 2006 Renault F1 car), to touring cars, and stock cars – there’s plenty to choose from as you carve your way through the series.

I only scratched the surface in my week with the game, and the title is jam-packed with content that will keep racing fans, casual and serious, hooked for a long time.

Those who are after a more simulation racing game will probably use Legend as a way for some quick, dynamic fun. And less serious racing fans will enjoy have accessible it is.

Overall, a strong markup from the previous Grid title, and one that Codemasters can surely build upon, given their new experience with narrative in racing games.