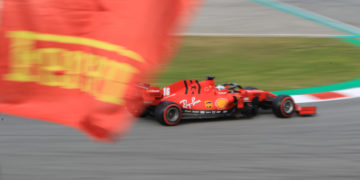 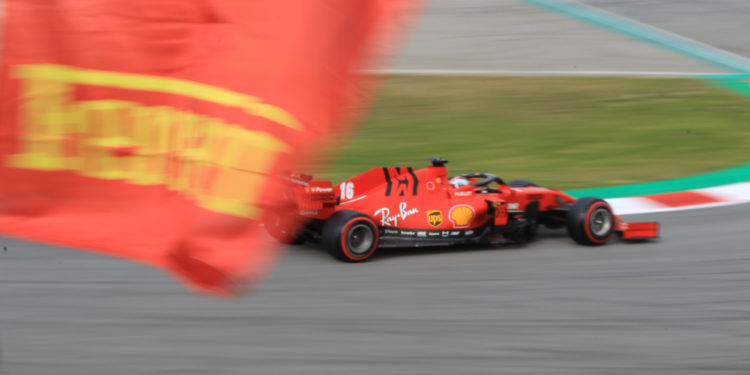 The FIA has opted to close down its proceedings against Ferrari, citing its own rulebook in doing so. After all, what other option did they have?

Following on from Wednesday’s unified demand for answers from the seven non-Ferrari teams regarding the cryptic message from last Friday that a settlement had been made between Ferrari and the FIA, the governing body responded on Thursday morning with a statement of their own.

Having seized Ferrari’s fuel systems prior to last season’s Brazilian Grand Prix, the FIA acknowledged that they had carried out a detailed technical analysis of the 2019 power units ‘as it is entitled to do for any competitor in the FIA Formula One World Championship.’

There’s some damning wording in the statement, all but saying that Ferrari were playing silly buggers with their engines, with the FIA claiming the investigations ‘raised suspicions that the Scuderia Ferrari PU could be considered as not operating within the limits of the FIA regulations at all times. The Scuderia Ferrari firmly opposed the suspicions and reiterated that its PU always operated in compliance with the regulations.’

The theory that Ferrari found a way to tinker with their fuel flow to go beyond the 100kg/h limit is unproven, with the FIA sensors last year reading correctly as the reported trick Ferrari found was done after the sensor reading. As a result, all the data would have read correctly. Having analysed the engines, the FIA say that there’s enough found to cast doubt on the claims of Ferrari’s legality: ‘The FIA was not fully satisfied but decided that further action would not necessarily result in a conclusive case due to the complexity of the matter and the material impossibility to provide the unequivocal evidence of a breach.’

In its most basic terms, the FIA are saying that they know Ferrari were up to something but lack the technical know-how to actually prove they did it during a Grand Prix weekend. With Technical Directives handed down left, right, and centre at the end of 2019, and the introduction of another fuel sensor, the trick Ferrari were allegedly pulling is no longer possible without detection.

As with any civilised court, the presumption is always of innocence until proven guilty. Ferrari have always quietly maintained their innocence, without public acknowledgement of these recent developments. As a result, the FIA were forced into a corner when deciding how to proceed with the case. Without evidence, a team cannot be punished. So, the FIA tried to quietly deal with the matter by a private agreement with Ferrari, stating that ‘Ferrari have agreed to a number of technical commitments that will improve the monitoring of all Formula 1 Power Units for forthcoming championship seasons as well as assist the FIA in other regulatory duties in Formula 1 and in its research activities on carbon emissions and sustainable fuels.’

According to the FIA’s own judicial and disciplinary rules regarding the International Tribunal, they have the authority to draw a line in the sand and close a matter after investigation, without punishment, or can arrange a private settlement with the subject of their investigation. This is what they chose, and it’s a completely valid and legal took at the FIA’s disposal. After all, what other choice did they have? They cannot prosecute without evidence..

The problem was that the statement all but confirmed wrongdoing, and was always going to enflame Ferrari’s competitors. Why should they be allowed get away with suspected wrongdoing just because the FIA lacks the ability to prove it?

It’s unlikely that we’ll ever get an absolutely clear answer whether Ferrari were actually cheating in 2019. Even replicating the conditions in a test scenario isn’t enough to prove guilt, and even the reported internal whistleblower at Ferrari has failed to provide sufficient evidence to overturn the cars’ legality as found by the race stewards at each event. The situation is akin to the 1994 Benetton ‘Option 13’ scandal, where the car was found to have a hidden code for traction control within its engine software. While the code was present, the FIA couldn’t prove it was used, and so Benetton went without punishment.

Now that the loophole that Ferrari found has been closed, it’s in the team’s own interests to help the FIA with identifying similar potential loopholes. It wouldn’t be an admission of guilt to do so, but any potential knowledge they’ve gleaned from researching the area would help the FIA with monitoring what is absolutely cutting edge hybrid technology. After all, it’s not unthinkable that the very best engineers in the world’s most technically advanced sport trying to find every conceivable advantage might just be a step ahead of the governing body there to monitor them.

The whole debacle means there’s a completely sour taste in the mouth heading for the season opener in Australia. Ferrari may or may not have cheated in 2019, and no-one can really do a whole lot to do anything about it without some sort of evidence. It’s aligned Ferrari and their customers against extremely powerful political players in Red Bull, Honda, Renault and Mercedes – all of whom are yet to sign up to the Concorde Agreement at the end of this season. With all these powerful, and extremely pissed off, opponents who have already come forward as critical of the FIA’s handling of the situation, the ‘put up or shut up’ statement from the FIA on Thursday will only serve to fan the flames. Let’s see how it plays out…