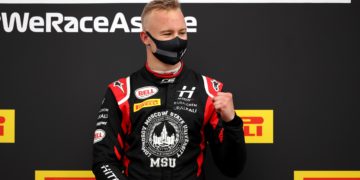 Opinion: Could Nikita Mazepin actually be fired from Haas?

Opinion: Could Nikita Mazepin actually be fired from Haas? 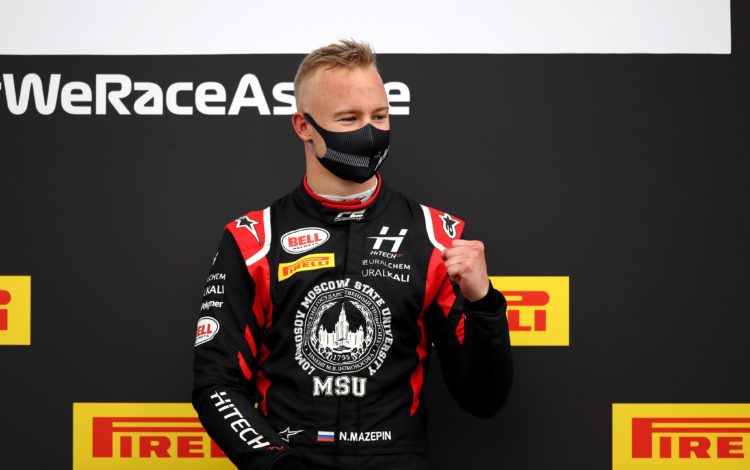 The online backlash against Nikita Mazepin has ignited rumours that the Russian may be replaced by Pietro Fittipaldi for the 2021 season.

Nikita Mazepin’s promotion to Formula 1 for 2021 has sparked furious debate online, with the young Russian driver seen as a contentious decision even before the recent scandal he has caused. The 21 year old, hailing from Moscow in Russia, is son of Dmitry Mazepin – a Belarussian-born Russian obligarch who is the founder and chair of the Uralchem chemical company. Nikita’s financial backing from Uralchem is not insignificant. While commercial agreements are obviously kept quiet, Uralchem’s 2018 revenue report shows almost 0.5 billion dollars in profit on revenues of 1.5 billion.

This funding power has allowed Nikita Mazepin to, effectively, jump ahead of more ‘worthy’ contenders to claim his seat in Formula 1. While Mazepin’s outright pace and car control is certainly comparable to the abilities of the best in the field, his temperament and driving standards suggest the opposite. Mazepin’s ludicrous and dangerous defensive driving in the F2 race in Bahrain indicated a disregard for his competitors that should have been stamped out by this stage in his driver development. It led new F1 team boss Guenther Steiner, a man not known for mincing his words, to say that his ‘work will be cut out’ trying to bring the Russian driver in line. Mazepin also invited the attention of the stewards by hitting a podium finish board in parc ferme, almost striking Yuki Tsunoda, while parking his Hitech after the race at Spa-Francorchamps. This indicated a temper that was barely being kept in check – something Mazepin has shown before that he finds difficult to control.

Back in 2016, while racing in F3 at the Hungaroring, Mazepin approached rival Callum Ilott after a minor on-track incident that Nikita felt particularly aggrieved about. Walking up to the British driver, Mazepin punched Ilott in the face. He was given a race ban for the incident. Ironically, it’s Ilott who has seemingly lost out for 2021 due to Mazepin’s money. Part of Ferrari’s Driver Academy, Ilott’s chance at taking a seat at Haas seemed quite strong. Having been lined up to take part in an FP1 session with the team as Ferrari’s customer teams gave him and Mick Schumacher F1 track time,  the two open cockpits at Haas seemed set for Schumacher/Ilott. Despite Ilott finishing P2 in the Driver’s Championship, he has been forced onto the sidelines for next year after finding a test driver role with Ferrari. Mazepin, finishing P5 in the Championship, has been ushered into the race seat instead. His 11 superlicence penalty points, handed out for various driving penalties, will also all be wiped clean when he arrives into F1.

Mazepin’s misdemeanours up until recently have been contentious, but pale into insignificance compared to the recent furore regarding a video posted on his social media. By now, the events that occurred in the video are well documented. The response to the video has been one of universal condemnation – to an extent. Haas and Formula 1 both came forward to ‘condemn’ the ‘abhorrent’ video, with Haas saying they would deal with the issue internally. Since then, the silence has been deafening. Mazepin posted an apology, which has since been deleted, that acknowledged culpability for the video. His Instagram profile, as well as the woman’s from the video, have both followed and unfollowed each other since the apology and statement from both parties. The woman from the video has since posted numerous updates which strongly suggest that the statement she released, in which she clarified the incident was a ‘joke between friends’, may not have been completely sincere.

The #WeSayNoToMazepin social media campaign has gathered steam ever since then. While F1 can hardly be said to be a sport that always attracts people of high morals and ethical standing, Liberty Media’s shift to market the sport strongly on social media and bring in a new generation of young, socially conscious viewers is now shining an uncomfortably spotlight directly on this issue and attempting to sweep the issue under the carpet is unlikely to work. Liberty’s social initiative ‘We Race As One’ was brought in to indicate that Formula 1 is an open, inclusive and safe environment for drivers, teams, crews, media and fans of every gender, sexuality and cultural and religious background. What kind of message does it send to women involved in the sport if the behaviour seen in the video is seen as acceptable? Not making an example of the ‘abhorrent’ behaviour and imposing a proper, transparent punishment simply indicates the usual: money buys you immunity.

It’s not as if the fan backlash has been invisible. Along with the hashtag, an online petition has reached 43k signatures, while Haas have conspicuously excluded Mazepin from their social media activities since the video emerged. He also didn’t take part in the Young Driver Test after Abu Dhabi, with new teammate Mick Schumacher spending the day at the wheel instead. The FIA prize-giving ceremony videos have been inundated with the #WeSayNoToMazepin hashtag, and it’s becoming abundantly clear that the sport, and Haas, are now finding it hard to market themselves in a positive light with this campaign ongoing.

Along with Liberty’s attempts to market the sport as modern and inclusive, the FIA themselves set up an ‘ethics hotline’ earlier this year. This allows people within F1 to report anonymously on issues within the sport, such as doping suspicions, anti-sporting behaviour, as well as ethics issues such as harassment, bribery, discrimination etc. Along with a Sporting Code that specifically spells out an area under which they could intervene on ‘disrepute’ grounds, there’s yet to be any public admission of a thorough investigation, let alone a punishment. Compare that to the FIA response to Max Verstappen’s argy-bargy with Esteban Ocon at Interlagos in 2018, when they intervened to punish the Dutch driver with community service.

Of course, there’s always the possibility there’s plenty going on in the background right now. Fuelling this is the latest round of Instagram bio changes, where Pietro Fittipaldi has recently changed his to say ‘Haas F1 Driver’. Mazepin’s remains unchanged, simply saying ‘Racing Driver’. The deletion of everything and anything to do with the video suggests that some form of legal action may be brewing, although it’s not clear yet who might have started it. We’ve reached out for a statement from all involved parties – none of whom are yet to get back to us.

Haas are very much caught between a rock and a hard place right now as, presumably, they would have preferred a stronger driver that they could hire on their own terms. The big question for Haas is whether persevering with Mazepin as a driver will cost more in terms of image damage, as well as possibly losing the chance of hiring new sponsors who could baulk at being associated with the name. What about existing sponsors? Having chased money in the past by signing Rich Energy as a title sponsor, Haas were briefly made to look foolish but cut them loose the moment the finances disappeared.

Mazepin is another controversy with little reward aside from finances for a team owner that seems to have already lost interest in Formula 1. 2021 is going to be a year of treading water, before tackling the new regulations with increased alignment with Ferrari. However, if Haas can’t find a way forward in the pack then, it’s highly likely that Gene Haas will want to sell the team. Finding buyers for an F1 team is pretty difficult, but Dmitry Mazepin has already indicated an interest – he submitted an offer for Force India that eventually went to Lawrence Stroll’s Racing Point consortium. He is one of the few people with the ample finances, and the personal motivation, to want to go ahead with buying a team that may come up for sale.

Keeping the Mazepins happy until 2022 must surely then be a priority for Haas, and kicking Nikita out before he’s even started doesn’t seem particularly likely to do that. Without Mazepin money, it’s probable that Haas simply won’t survive. So…firing him? Doubtful. That’s unless the FIA or Liberty Media have decided to intervene and want to show that their moral stance on equality is more than market posturing…