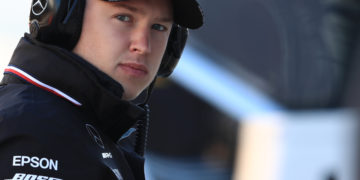 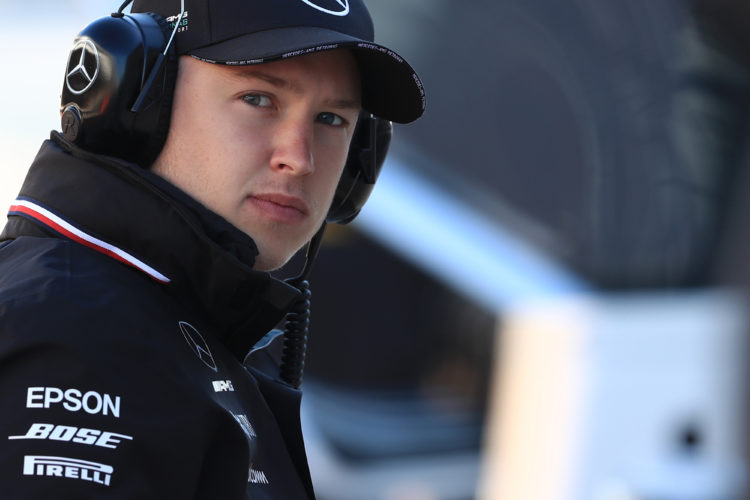 Haas’ refusal to explain how Nikita Mazepin has faced consequences for his recent actions mean that Formula 1 as an entity must intervene.

In 2003, singer Barbara Streisand was quite annoyed by a picture that had been taken of her home on the California coast. As a single picture of the house, unmarked as anything special at all, the image was just one of 12,000 taken by the photographer Kenneth Adelman to document coastal erosion. Streisand was so annoyed by the picture that she filed a lawsuit against Adelman for violating her privacy. Suddenly, the public knew that a picture of Streisand’s house was there and that she had tried to have it removed.  The image was downloaded just four times by a member of the public prior to Streisand’s lawsuit. Some 420,000 downloaded it in the month following the filing.

Haas currently find themselves in Barbara Streisand’s shoes. The American team have addressed the current rumours swirling around their new signing Nikita Mazepin and clarified that, no, he will not be fired for posting a video to his social media account on Instagram. The video showed a young woman being groped by the camera operator, with her appearing uncomfortable with the attention as she pushed the hands away and gave the camera the middle finger.

Haas came forward to condemn the ‘abhorrent’ video, and said they’d deal with the matter internally. The statement released by Haas on December 23rd, right as most of the world is distracted by winding down for Christmas and holiday period, says that they’ve now done so. No further details were given regarding the nature of his punishment, if there was one – whether he had to go stand in the bold corner for twenty minutes, or spent a day being lashed by Guenther Steiner in an office somewhere in Banbury. Nothing.

Haas are in a tough spot here. With Mazepin being the son of uber-wealthy Russian obligarch Dmitry Mazepin, he is bringing significant funding from URALCHEM with him. Funding that keeps the team on the grid, and funding that is saving quite a few jobs. Funding that is also linked with a possible buy-out of the team if Gene Haas decides to sell up. How can the team actually punish him, without risking throwing away that funding?

This is where transparency can change the narrative for Haas. As it stands, their attempts to bury their heads in the sand on the issue are backfiring. A non-informative Twitter statement that outlines zero consequences for Mazepin isn’t going to satiate those who demand justice. F1’s primary message under Liberty Media has changed to try to move away from the ‘Old Boy’s Lunch Club’ image, ditching grid girls due to the image of objectification they portrayed. Equality, diversity and inclusion have all become the focal words under the #WeRaceAsOne initiative. This was almost cast aside when F1 announced plans to go racing in Saudi Arabia next year, but at least that can be explained away as the sport attempting to help bring the world’s focus on a country that wants to modernise and move away from its contentious past.

The Mazepin issue is one where F1 can take a stand more easily, with far fewer consequences for itself as an entity. The #WeSayNoToMazepin hashtag is growing, and constantly trending now, and the online community is aware that Haas have attempted to quash the issue – the very community that Liberty themselves have purposely tried to attract in recent years. That particular demographic are younger, more socially aware, and are often seen as the cause of today’s ‘cancel culture’ that tends to be very black and white in terms of right or wrong. In the eyes of this new demographic, Haas and F1 are very, very wrong to be trying to take the old fashioned method of trying to sweep this under the carpet. Haas are now unable to promote Mazepin in any way on their social feeds and, having signed Mick Schumacher, could have dominated headlines all winter with positivity flowing their way. Instead, they are trying to control a PR nightmare caused by their other signing.

What consequences did Mazepin face for his actions? At the moment, there doesn’t appear to have been any. What steps have been taken to teach this young 21 year old that his actions aren’t acceptable? We don’t know. That’s a terrible message for Haas to send out. The FIA, despite having the power to discipline anyone under their remit under a ‘disrepute’ clause in Appendix B of the International Sporting Code, have done nothing apart from a generic ‘We agree with Haas’ statement. Remember when the FIA publicly investigated and punished Max Verstappen with community service for pushing Esteban Ocon in parc ferme after the 2018 Brazilian GP? They took a stance on a driver’s bad behaviour and punished him for it. There’s none of that with Mazepin.

This is not an issue that’s going to go away fast. Mazepin cannot be promoted online without comments being made, and the sport itself is starting to feel the same effect. One look at videos from last weekend’s FIA prizegiving ceremony will show that Mazepin is dominating comment sections, even for something as positive as the end of year awards. At what point does the issue become bigger than the sport? F1 is quickly coming under threat as being seen as ambivalent, at best, about behaviour that is discriminatory and exclusionary. Remaining silent on the illicit goings-on in F1 may have worked in the past, but Haas attempting to bury this is only going to make it snowball into something bigger – as Barbara Streisand found out to her detriment in 2003.

If F1 really wants to show that they are trying to change the mindset within the paddock, token gestures like the removal of ‘eye candy’ grid girls aren’t going to hack it. A new rainbow logo and snappy hashtag lacks power when it’s not backed by the actions they profess their words do. A strong, authoritative stance on Mazepin’s behaviour needs to be taken. Look at NASCAR and their handling of Kyle Larson this year, after he used a racial slur while streaming live on Twitch. He was forced to go through sensitivity training and educational measures before NASCAR lifted his ban. He is cleared to return to the series in 2021.

An outright ban from the sport is probably a bit harsh for Mazepin, without any criminal conviction being involved, while a monetary fine isn’t likely to mean a whole lot to the son of a man worth over 7 billion dollars. So simply show that the sport doesn’t condone it. If Verstappen’s comparatively mild actions warranted community service, then force Mazepin to go through mandatory training classes, at regular intervals, throughout 2021. Which he must attend in person. At FIA HQ in Paris. Make his father pick up the tab. Show the world that the sport is forcing one of its participants and benefactors to learn from his errors. Harassment training exists in any workplace, so why should F1 be any different? Publicly put his superlicence on probation, as this is something the FIA can control through breaches of the International Sporting Code.

If Liberty Media, the FIA, and Haas can reach an arrangement to force Mazepin to go through training classes, re-education and a lengthy probation period, that might be sufficient to quell the rising tide of negativity towards them. It would be a progressive, calm approach to fixing an issue that is only going to escalate otherwise. It might lack the drama that the baying mob want, but it would be a win-win situation for all parties. Including Nikita who, hopefully, might learn some humility from the public embarrassment of being the F1 driver to do so. If he refused, then the FIA could force a suspension or revoking of his licence through his ASN. It would be a hard-hitting, welcome message of support for those who feel alienated by the way the situation has been handled so far. Most importantly, it might help make the women of the paddock, including the new F1 supporting act W Series, feel a little bit safer to be around him.

Obviously, this is written from the perspective of a male journalist. Maybe this isn’t enough to reassure female journalists, staff, team members and paddock crews that they can feel safe around him and the environment within the paddock. Maybe I’m naive to think that it’s enough. But it would be a forceful display of power and authority from the sport’s governance and owners to show that money, by itself, isn’t enough to be granted behavioural carte blanche.