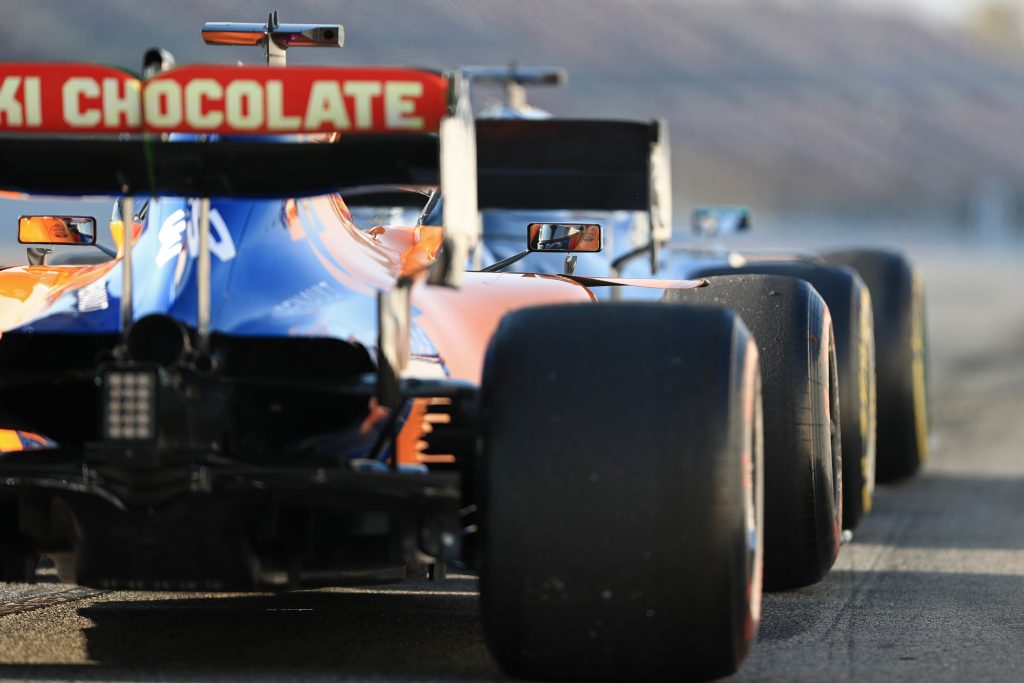 A single-spec gearbox: A vital move to handle the rising costs of the sport, or the first step in neutering the pinnacle-of-technology status that Formula One has obtained?

In Formula One’s renewed bid to save costs, it was announced at the start of testing that the sport will plan to make gearbox cassettes a standard item from 2021, with the same specification of parts given to every team and delivered by one supplier.

Reacting to the decision to call for a single supplier, the teams have their say on key aspects of the decision.

What exactly will be standardised?

The intention of the Formula One is for all teams to receive the same gearbox cassettes – essentially the internals of a gearbox and excluding the casing.

The sport might well have gone down the road of having the entire gearbox as one-make, but the gearbox casing is a vital area which partially-defines sections such as the suspension geometry and bodywork of the car.

Also having a standardised gearbox casing would have placed many more constraints on neighbouring design aspects of the car, which would’ve been met with more resistance from the teams.

What do the teams do currently?

As would be expected, the ‘works’ teams of Mercedes, Ferrari and Renault all create their own gearbox cassettes – albeit with varying amounts of the internals being supplied by external, specialist companies.

Of the remaining seven ‘independent’ teams, Red Bull, McLaren and Williams all bring their own gearboxes to the sport

Some teams receive more than just cassettes, such as Haas, who also use Ferrari gearbox casings and rear suspension.

What do we know about the 2021 gearbox cassettes?

The aim is for the gearboxes to handle more power and yet be reliable enough for teams to be able to adhere to a four-gearboxes-per-season rule, with Formula One anticipating a calendar expansion to 24 races.

The official FIA requirements specify increases in the input speeds and MGU-K output:

“Firstly, we need to achieve excellent reliability in the face of a life requirement of around 5000km. Secondly, there will be an average input speed increase of around 14% from today. Thirdly, there should be some power increase for 2021 relative to today, not just because of natural development, but also because of a 30kW increase in the MGU-K output.”

The gearbox cassettes will have fixed ratios and have seven forward gears, as opposed to the eight currently specified.

Will it save costs?

“I’m a bit sceptical about it’s ability to save money. It’s not going to save us any money, that’s for sure.” Andrew Green, Racing Point

Whilst the cost-saving element will generally not be of any concern to the bigger-budget teams on the grid, most teams generally have a ‘wait and see’ stance as to whether significant savings can be made or not.

“We need to see if it’s more cost efficient or not, as we don’t know yet – we haven’t seen the numbers,” said Haas team principal Guenther Steiner.

“As long as the price is right and the rules are clear and defined, and they will be as there’s plenty of people there to make sure of that, then I’ve no problem.”

Toro Rosso technical director Jody Egginton concurred that the idea would be worthwhile if costs can be controlled: “I think the stance in the first instance is ‘the bigger picture’ really.”

“The valid comments of looking to control costs to one extent or another is an important one and if that forms part of that belief then I don’t see any major issue with it.”

However, Racing Point’s tech chief Andrew Green is less-convinced by the potential for any financial savings.

Under their previous guise of Force India, the Silverstone-based team have enjoyed one of the cosier partnerships on the grid. Their supply of Mercedes power units and gearboxes has also resulted in Mercedes-backed drivers being given test and race outings at Force India.

“It would [affect our business model] if it comes true, yes,” said Green.

“I’m a bit sceptical about it’s ability to save money. It’s not going to save us any money, that’s for sure.

“It does seem a bit strange that all teams are going to be supplied by a single supplier in an area that’s absolutely critical to the running of the car. Let’s see how it pans out, we’ve only seen a tender go out, we don’t know what’s going to happen after that.”

Will the teams have any extra technical challenges?

The teams that receive gearboxes and casings probably won’t have too much more to worry about except for the packaging of any neighbouring components, which would form part of the usual car design analysis anyway.

Given that there will be reduced pressure on the gearboxes to evolve year-on-year, having a reduced chance of dimensional changes could prove beneficial for the design teams.

“In terms of the performance aspect of it, we’ve still got plenty of opportunity.” Jody Egginton, Toro Rosso

Renault’s Nick Chester agrees that having sufficient foresight for the 2021 gearbox design would be the ideal scenario for teams.

“It will limit packaging, but I guess it limits the packaging for everybody. It would depend very much on the inclusion and visibility that the teams have,” said Chester.

“If they have enough inclusion and visibility, then they can design the 2021 package around it. If it got very delayed, it would start to get difficult because you would struggle to design a new car without knowing what the gearbox is looking like. Managed properly, it could be okay.”

Toro Rosso’s Egginton believes that the more important aspect of gearbox design is the packaging of it, meaning that teams wont be robbed of an opportunity to gain a competitive advantage.

“At the end of the day the gearbox is a packaging exercise. Everybody’s gearbox is pretty much delivering the same thing. The clever bit is the packaging and what opportunity you can potentially get from the aerodynamics and the packaging of that,” added Egginton.

“In terms of the performance aspect of it, we’ve still got plenty of opportunity. Every team has gearbox designers who enjoy each year, evolving the gearbox design. Honestly, if it’s pitched correctly, I personally don’t see massive issues with having standardised parts.”

Who could win the tender?

As well as external companies, this is certainly a tender that many of the Formula One teams are refusing to rule out.

As mentioned earlier, Xtrac – who have supplied gearboxes as recently as 2016 – have publicly declared that they’re going to submit a bid, whilst Hewland – who are already within the Liberty Media radar by supplying gearboxes to Formula Two – have refused to comment.

It’s not inconceivable that a current gearbox supplier could win the tender. This is something that has the support of Haas’ Guenther Steiner, who believes that the technical challenge means that an existing supplier is the favourable option.

“It would be very difficult for a company outside of F1 to make an F1-specific gearbox, said Steiner. “At the moment, [for example] we have McLaren ECUs and they’re doing a good job.”

“I’ve no problem if it’s one of the internal companies. I’d say they have a bigger chance than an outside supplier as they have the expertise to do the gearboxes.”

Is this the start of many standardised parts?

That remains to be seen. The FIA currently have a mailing system to call for tenders, but this is by no means a guarantee that they will go ahead with standardising more parts.

Haas purchase many parts from Ferrari, but Guenther Steiner added that he wouldn’t welcome the standardising of many more components and that Formula One Management should be careful not to go over a “fine line”.

“We need to make sure we don’t standardise too much, though, as then we get too close to a spec series and that would be a completely wrong thing to do. Formula 1 is 50% about the racing and 50% about the technology and what we’re doing outside the track.

“I’m not a big fan of standardising everything, as then you have GP1 which is the last thing we should aim for. We’ve seen other spec series not being very successful, so there is a fine line.”

As one of the more independent teams on the grid, Toro Rosso – who also have one of the lowest budgets on the grid – are cautious about standardising more parts.

Toro Rosso’s Egginton added that he would welcome a ‘hybrid’ solution, where specific area could simply be constrained a bit more, instead of having one set specification.

“Instead of saying ‘you must purchase this’ or ‘you’re free to do what you want’, there is a possibility to restrict what you can do in certain areas.

“In between buying and doing whatever you want, there’s a large area to discuss and be debated what we can do to maintain freedom in the development areas which differentiate teams as constructors.

“But in other areas, you could say ‘it’s not providing good value for every team to invest hundreds and thousands of euros in this area, let’s control it a bit more and make it a cost saving’.”