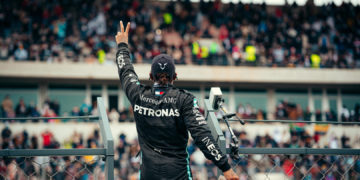 Why has Lewis Hamilton signed up for just one year?

Why has Lewis Hamilton signed up for just one year? 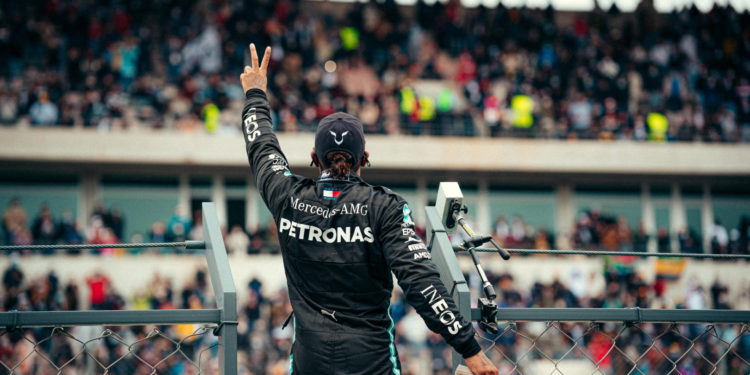 Lewis Hamilton has finally signed up to race for Mercedes in 2021, following months of contract negotiations with the World Champions.While it wasn’t a huge surprise to see seven-time world champion Lewis Hamilton sign on with Mercedes for another year, the length of the contract – just one season – has provided a talking point. With changes to F1 technical and sporting rules coming into play in 2022, there is obvious speculation in terms of the driver’s longer-term future but, for now at least, Hamilton is remaining with his current team.

The news has reinforced Lewis Hamilton’s position as hot favourite to ease past the great Michael Schumacher and win his eighth world title next season. Given Mercedes dominance in recent campaigns, it’s hard to see past the reigning champion and prospective punters may well want to take the lower odds. Online betting offers naturally reduce the risk, therefore making a bet on Hamilton seem like a sure way to may money over the years.

In modern-day Formula One, the best drivers will always gravitate towards the best teams and that’s been the case here. After Lewis Hamilton signed up with Mercedes in 2013, the duo went on to dominate the sport from that point. Since 2014, Hamilton has won six of the seven driver’s championships available and his run was broken just once – by Mercedes teammate Nico Rosberg in 2016.

So the reasons behind Lewis Hamilton and Mercedes wanting to stay together are obvious: The driver is looking to retain his crown while the German manufacturer wants to claim the Constructors’ Championship for an incredible eighth year in a row. Together, under current F1 rules, they are unstoppable and both parties will feel that they are a perfect fit in order to achieve their individual goals.

Elevating to the top

Prior to signing up with Mercedes in 2013, Lewis Hamilton had already been successful in motorsport’s elite discipline. The Englishman made his formula one debut in 2007 and claimed the driver’s championship with McLaren a year later so he wasn’t without success.

While with McLaren, Hamilton was a competitive driver but that title in 2008 was a solitary triumph in an era when Sebastian Vettel was the man to beat. The partnership with Mercedes has since allowed Lewis Hamilton to dominate the sport while matching and overtaking records set by the great Michael Schumacher.

These are obvious conclusions to draw but the question that remains is why Lewis Hamilton has signed such a short-term contract with no concrete provisions for 2022 and beyond?

Speaking to Sky Sports, head of Mercedes Toto Wolff explained the situation and he made the point that the contract was left a little late. With the new F1 season set to start in Bahrain on March 28th, the manufacturer was left with the possibility of their number one driver being out of contract and that clearly was no use to either party. With time running out, it appears that a short-term deal was signed purely for the sake of expediency.

However, Wolff did go on to acknowledge that the upcoming rule changes for 2022 may have also played a part in the final decision. The technical regulations go through massive changes for next year, comprehensive enough to possibly completely change the sport’s pecking order.

Clearly no-one is entirely sure as to what effect these changes will have but it’s possible that Formula One will see a levelling of the playing field from next season.

Is this the end?

It’s also natural that some reports have speculated on whether Lewis Hamilton will look to retire at the end of the 2021 campaign. If he does continue his dominance of the sport, an eighth world driver’s championship will overtake the current record that he shares with Michael Schumacher. With that mark safely secured, there is arguably nothing left to achieve for the Englishman.

At the age of 36, speculation surrounding a possible retirement is inevitable and much could depend on whether Hamilton successfully defends that title. A one-year contract could make sense from this perspective, but Toto Wolff went on to dispel suggestions that 2021 would mark his driver’s farewell.

Wolff believes that as long as Lewis Hamilton continues to enjoy racing, retirement will be postponed. He went on to claim that his number one man remained at the peak of physical and mental fitness. Of course, many great sportsmen like to go out at the top but, based on that assessment, Lewis Hamilton will be competing on the world’s circuits for some time to come.

The chasing pack can certainly expect another tough year as they look to follow in Lewis Hamilton’s wake. With Mercedes still leading the way, the defending champion is the rightful favourite to reclaim his crown and many backers will be looking forward to world title number eight.

Beyond that point, the questions start to appear: Yes, retirement is a possibility, but it seems unlikely that Lewis Hamilton would want to bow out just yet. With F1 about to enter a new era in 2022 where other teams will be more competitive, it will be a very different landscape and surely the multiple world champion would want to keep challenging himself. The short-term nature of the new contract is certainly surprising but it’s likely to have been done with haste, as suggested by Toto Wolff. In time, it will be revisited with both parties looking towards new developments for the sport.