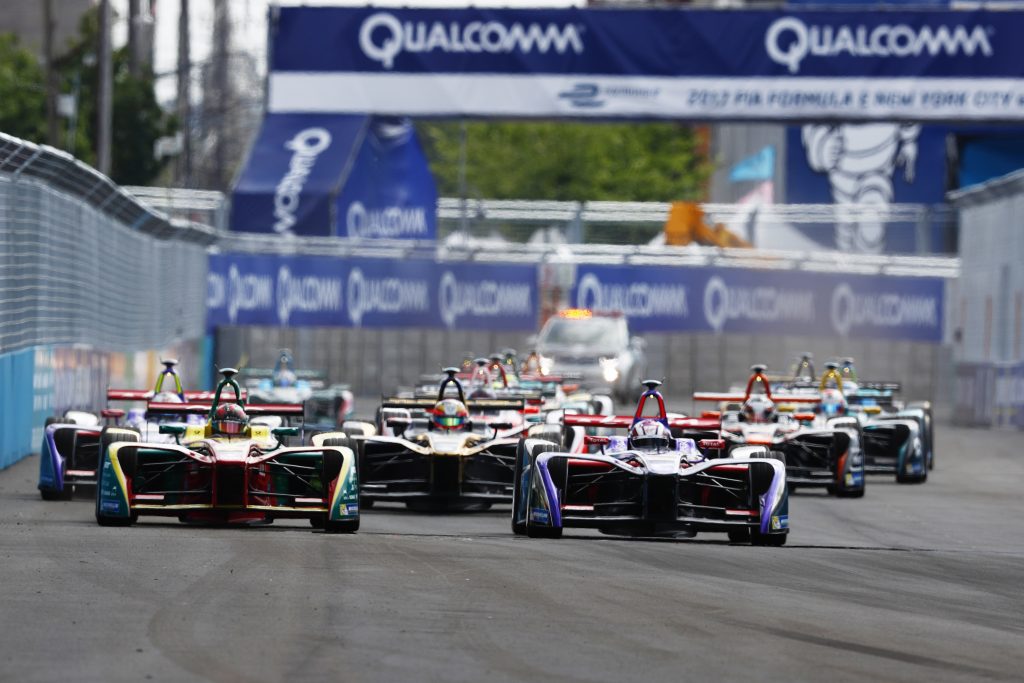 The 2017/18 Formula E season is set to be its most competitive to date, with several teams capable of winning the first race in Hong Kong.

Now a full Audi works effort, the formerly ABT Schaeffler team has undergone major surgery for the upcoming season. The three-gear system has been ditched in favour of a direct drive solution, as Renault pioneered last season.

Coupled with a much lighter package, assisted by a casing now made from carbon fibre, reigning driver’s champion Lucas di Grassi and the ever-improving Daniel Abt, there are many things for Audi to be positive about.

Valencia testing showed it to have supreme pace, but this must be taken with a pinch of salt given the highly unique nature of Formula E racing. One would be hesitant to label any team a ‘favourite’ but Audi should have a lot of confidence going into the first race of the season.

While Audi has had a revolution, Renault has been stable by contrast. Naturally the powertrain will have evolved, but the team’s key point will be eliminating any errors. Sebastien Buemi firmly laid the loss of last season’s championship at the disqualifications in Montreal and Berlin.

Buemi began 2017 winning every race he entered in both Formula E and WEC, but came away with neither title. He will be more fired up than ever.

The former was a result of Buemi’s own mistake from FP2, which is where the Swiss driver must take accountability and improve for this season. Buemi began 2017 winning every race he entered in both Formula E and the World Endurance Championship, but ultimately came away with neither title. He will be more fired up than ever.

Following a breakthrough season in 2016/17, Mahindra’s thirst for success is greater than ever. As another team that has adopted the direct drive system, the convergence in the powertrains is more than likely going to put the team even closer to the head of the field.

Nick Heidfeld’s resilient ability to score points will aid Mahindra in its bid to better the third in the constructor’s title it scored last season, but all eyes on are Felix Rosenqvist. The rookie sensation now has a year under his belt. His self-evaluation of last season was harsher than what most would suggest, but it should result in a more complete driver, who will be hoping to add to Mahindra’s win tally.

Talk surrounding Virgin is currently directed at its powertrain supply for Season Five, but their relationship with DS continues for 2017/18. The French manufacturer has put a lot of focus into next season’s powertrain, so this season’s remains largely unaltered on the face of it.

Alex Lynn is a hugely exciting addition to the driver line-up. His ability to soak up information like a sponge allowed him to produce a stunning drive during his New York cameo last season, and has a team mate rich in Formula E experience in the form of Sam Bird. Its potentially the most exciting pairing on the grid.

As a Renault customer, Techeetah are poised to be continual race-winning contenders. Comparing the team now to a year ago following the SECA buyout is night and day. As a much more professional outlet, Techeetah stands to be able to maximise the hardware Renault has given it.

Andre Lotterer has a steep learning curve ahead of him. Being partnered with Jean-Eric Vergne will make climbing that curve easier, however. The German is certainly adding to an already enhanced field.

NextEV started last season with a front-row lockout in Hong Kong. They ended the season podium-less and a distant sixth in the constructor’s championship. As a relatively small manufacturer compared to the likes of Audi and Renault, the newly-branded NIO’s struggle comes as no surprise.

Oliver Turvey is stepping up to lead the team and his new team mate Luca Filippi, formerly of GP2 and Indycar. There are several questions that surround how Filippi and the car itself will perform.

Andretti is an astray team. After a disastrous Season Three campaign, BMW has its hands full as its involvement in the team continues. While the works effort must wait another year, BMW engineers have begun their work integrating themselves into the team.

While all three drivers are highly skilled, the constant swapping of rookie drivers will undoubtedly harm the team’s overall efforts of the season.

The German manufacturer’s goals are clear, since Antonio Felix da Costa insists the car is a big improvement on the previous year’s but BMW looking at the data says it simply will not do.

The driver situation is oddly confusing. The fans are rightfully still mourning the departure of Robin Frijns from the series, and he’s clearly a tough man to replace. Alexander Sims’ WEC programme means he is unable to commit to a full season, nor can DTM driver Tom Blomqvist, which leaves Andretti in the odd scenario of using ex-F1 racer Kamui Kobayashi for the first meeting.

While all three drivers are highly skilled, the constant swapping of rookie drivers will undoubtedly harm the team’s overall efforts of the season.

Dragon is another team in dismay. Given the continuous negative headlines regarding Faraday Future from the past year, and that the partnership is now officially over, expectations of the Dragon team are not high – a shame after two highly successful years early in Formula E’s history.

Having Jerome D’Ambrosio onboard still is a great asset, and will likely bring rookie Neel Jani up to speed in rapid time. While Jani brought with him Porsche engineers to testing, any further assistance has seemingly been rejected, including a potential technical partnership.

Given the continuous negative headlines regarding Faraday Future from the past year, and that the partnership is now officially over, expectations of Dragon are not high.

Venturi’s aim for the upcoming season has to be consistency. At times it shows potential of being tantalisingly close to podium contention, at other times it lingers at the back struggling for pace. A driver line-up of Mercedes juniors Maro Engel and Edoardo Mortara is mouth-watering, and once rookie Mortara is up to speed there will be little space for Venturi to hide should they not deliver the goods.

Jaguar has everything to gain. Now with a fully-designed powertrain, rather than the incomplete and hurried design it was forced to run with in its inaugural season, Jaguar are likely to have made the most progress for Season Four.

A year’s worth of experience combined with a driver partnership featuring the series’ maiden champion (Nelson Piquet Jr.) and the impressive Mitch Evans, Jaguar are the team to watch for regular points finishes, which will be an impressive feat when five teams are expected to be in contention for wins during the year.