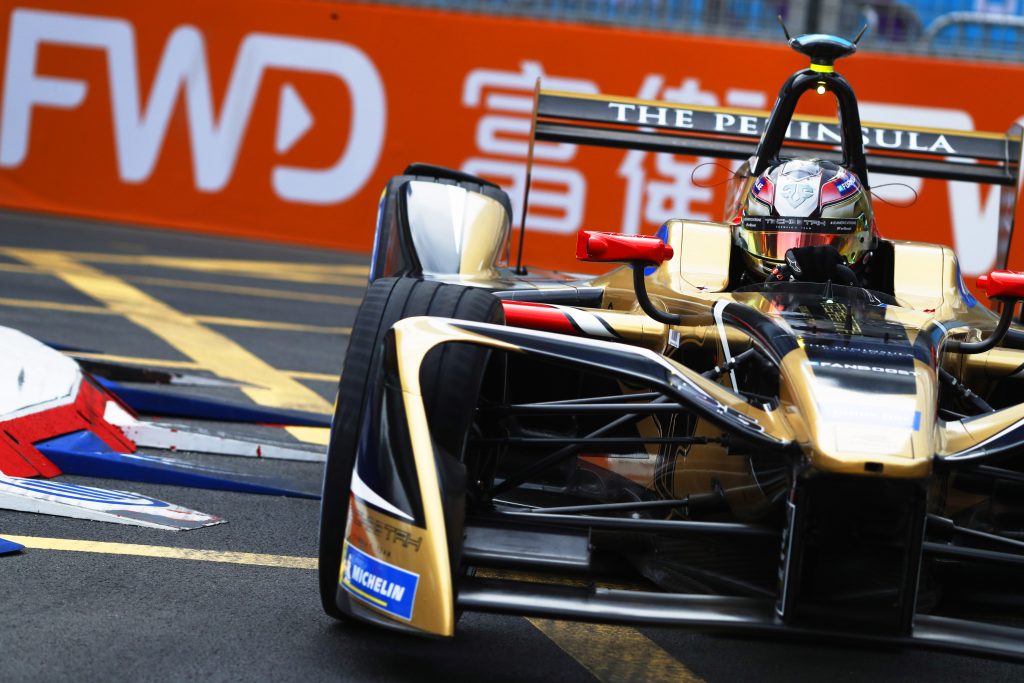 Santiago ePrix – Jean-Eric Vergne emerged victorious as he beat team-mate Andre Lotterer in a combative race in the Chilean capital.

Vergne fended off an barrage of attacks from team-mate Andre Lotterer in the closing stages of the Santiago ePrix to lead the first ever one-two finish for a team in Formula E.

The Frenchman looked to have a comfortable lead for large parts of the race and held an early lead over the fast-starting Jaguar driver of Nelson Piquet, team-mate Lotterer and Renault e.dams’ Sebastien Buemi.

However, with Lotterer passing Piquet prior to the pit stop phase, Vergne’s lead was gradually whittled down in the second half of the race.

Lotterer made numerous attempts to take the lead, including botched attack which resulted in a collision with the rear of Vergne’s car, almost putting both Techeetah’s in the wall.

Lotterer’s offensive driving opened up an opportunity for the chasing pack; Buemi, Mahindra driver Felix Rosenqvist and DS Virgin’s Sam Bird. Piquet had been in contention in fourth place, but a mistake at turn one sent him down to sixth place.

Despite the top five running nose-to-tail, all drivers emerged unscathed and remained in position until the flag, resulting in a win – and the overall championship lead – for Vergne.

Lotterer held on to second for his first podium in Formula E, ahead of Buemi, Rosenqvist – who had qualified down in 14th place – and Bird.

Piquet and Mitch Evans took sixth and seventh to secure a strong haul of points for Jaguar.

Another woeful day for the Audi Sport Abt team resulted in power-related race retirements for Lucas di Grassi and Daniel Abt.

A manic opening lap caused the retirements of Jose-Maria Lopez (Dragon Racing), Maro Engel (Venturi) and eventually Nick Heidfeld (Mahindra), who were all caught up in tangles, bringing out the safety car on lap one.