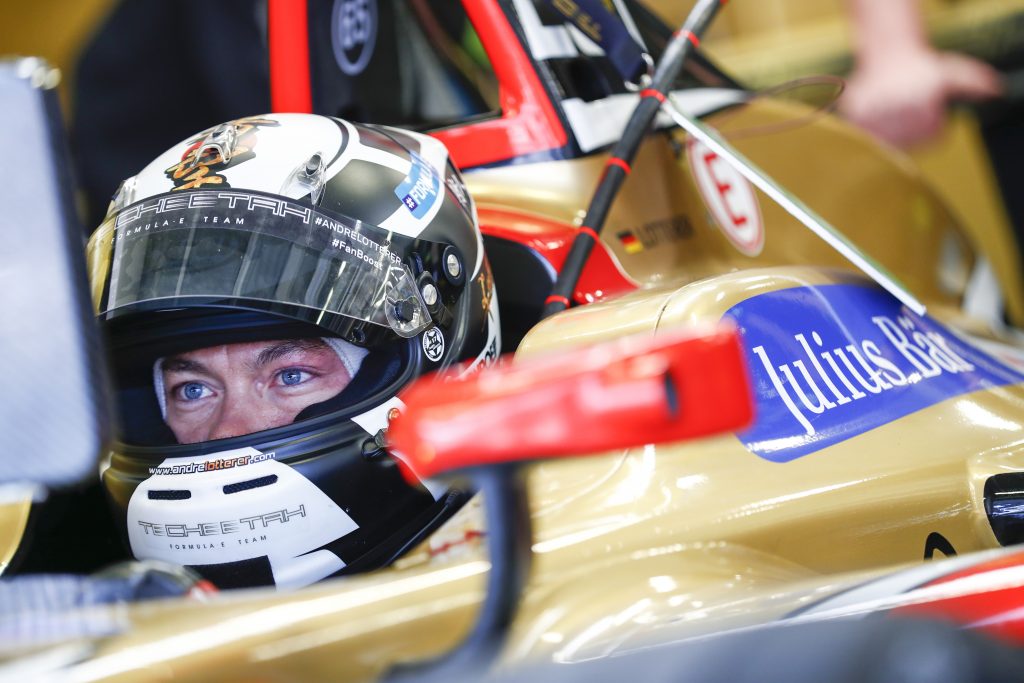 Rome ePrix – Andre Lotterer believes that better qualifying performances are key to achieving more points in the second half of the season.

The Techeetah driver has had a mixed debut season in Formula E; despite securing a podium and challenging team-mate Jean-Eric Vergne for the win in Santiago, he has failed to score points in any other round this season.

Speaking ahead of the Rome ePrix, Lotterer conceded that qualifying gains were paramount to achieving higher race finishes, after being out-qualified by his team-mate in all of the races so far this season.

“We’ve showed that we can have two points scoring cars when everything is right, so we’re all working very hard to make sure that this happens at the next race,” said Lotterer.

“I’ve been working a lot on my qualifying performance in the sim as I need to be able to grid higher to have a better chance of scoring higher.

“We’ve got a great team spirit going at the moment and I’m really looking forward to coming to Italy with the team and embracing the culture and the racing.”

Team principal Mark Preston added that the aim for the inaugural Rome ePrix was to finish the weekend maintaining their lead in the drivers’ and teams’ championships.

“To remain championship leaders as we’ve crossed the half-way mark of the season, as the championship’s only customer team, is nothing but a testament to the hard work from the whole team. It’s an astonishing achievement in whichever way the championship turns out in the end,” said Preston.

“We enter Rome leading both the teams’ and drivers’ standings and the goal is to leave Rome with that intact. It’s full focus on continuing our progress and delivering top race results.

“The challenges that lay ahead are not small, but we’ve got a great team and exceptional drivers that are able to fight for race wins together.”