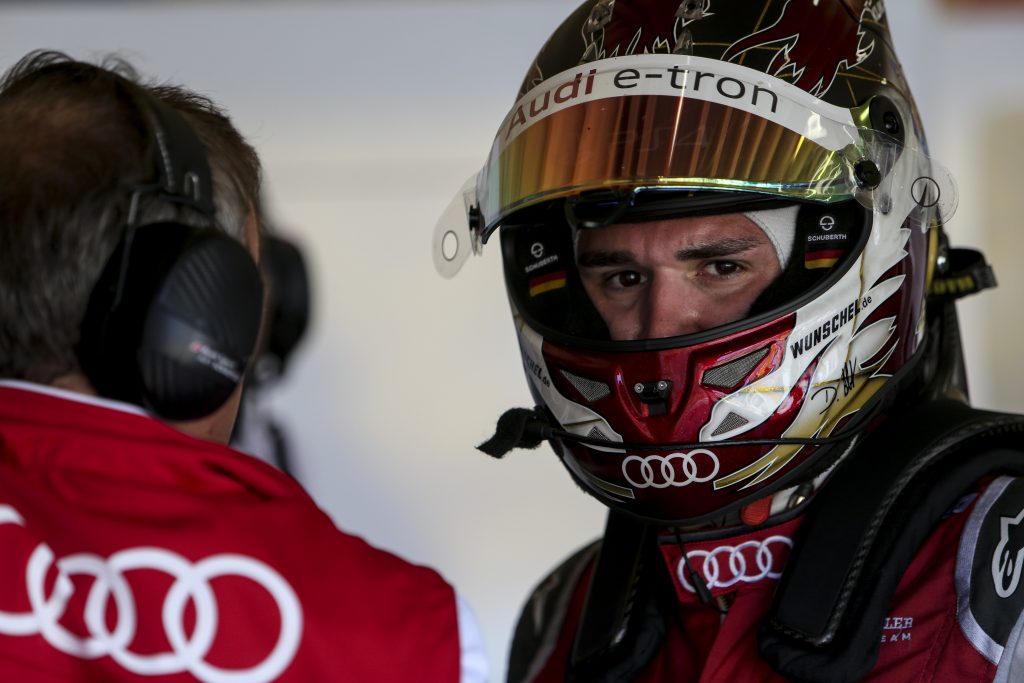 New York City E-Prix – Daniel Abt says he “can’t smile” after a miscommunication regarding team orders during the first part of the New York Formula E double header finale.

Abt had the lead of the race during the opening stint while his team-mate Lucas di Grassi came up from 11th on the grid to challenge him.

After the pit stop phase a slight error from Abt going into the new extended section of track gave di Grassi the chance to put a robust move on Abt on the brakes around the outside of the Turn 11/12 chicane. It is understood that Abt believed a team order had been disobeyed.

“I don’t care if team orders are imposed, but if they are they need to be respected, and today they have not been respected. That’s why I’m unhappy. So we need to discuss that internally,” he told Formula Spy.

“It’s not that they’ve only been imposed after I was behind Lucas. I’d been told to hold position, that’s what I did, to take no risks, that’s also what I did. But I’ve been overtaken, so that’s why I’m not super happy.

“For me if both drivers are locking up through a corner and someone tries to overtake on the outside, I don’t know if that falls under ‘no risk’.

“I had been told to not take risks and to take it easy and after the pit stop I was told to hold position. Unfortunately that was not the case. I’m not sure if there was a miscommunication or something.

“Of course I did a mistake there but I defending would have been completely different without a call like that.

“I’m happy for Audi to score maximum points today but of course I can’t sit here and smile like crazy.”

“No. There was a complete miscommunication somewhere along the line. That’s something we need to make sure there wasn’t.

“I’m not going to go into detail on it but on that side of things we discussed things openly, because that’s the way we do it.”

Audi’s second 1-2 finish of the season puts it five points behind Techeetah for the lead of the team’s standings ahead of the final race on Sunday.