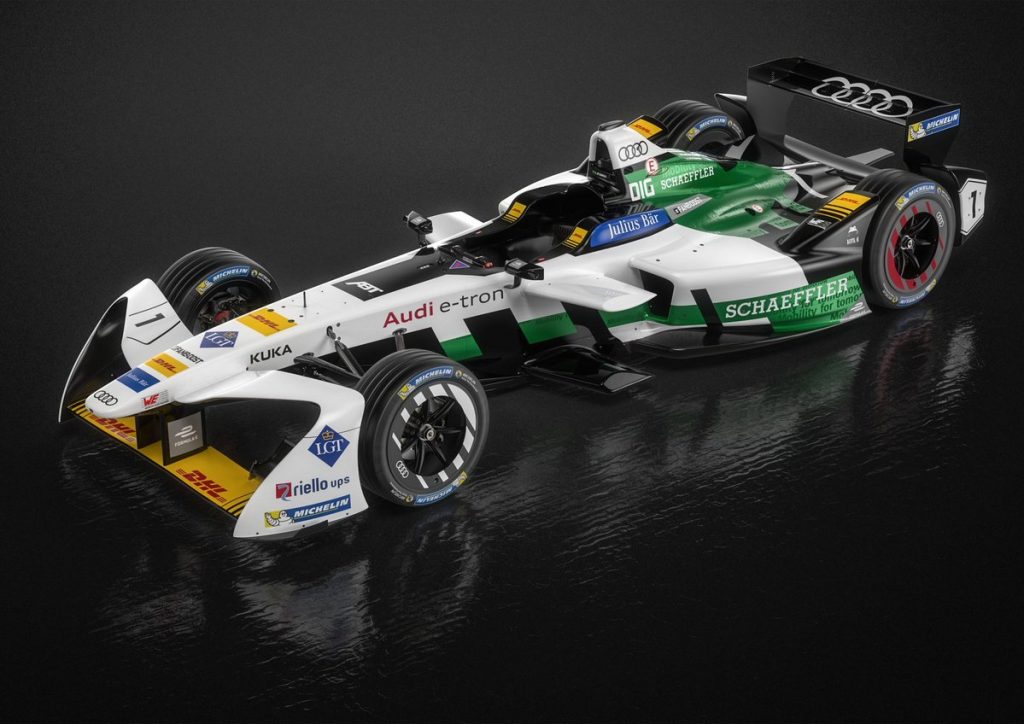 Allan McNish has been named the new team principal for the Audi Sport ABT Schaeffler Formula E team at the unveiling of the new car.

The season four challenger, donned the e-tron FE04 in keeping with Audi’s naming of LMP1 cars, will be the German manufacturer’s first works entry into the all-electric series, with BMW and Mercedes entering in season five and six respectively.

The e-tron FE04 has a radically redesigned powertrain as well as a single-speed gearbox, just as main rivals Renault e.dams used last season and Mahindra Racing have adopted for the coming season.

“Together with our technology partner Schaeffler, we have developed a completely new powertrain,” said Head of Audi Motorsport Dieter Gass.

“You can immediately tell this by looking at the new carbon housing of the powertrain. The car also sounds different because we’re pursuing new avenues in technology.”

The livery designed has departed from the red, green and yellow blend of the ABT colours to a white base with Schaeffler green.

Reigning Formula E champion Lucas di Grassi was confirmed as one of the drivers, and will adorn the #1 on his car for the 2017/18 season. His car is identified with a white roll hoop and a black rear wing with Audi’s four-ring logo.

Daniel Abt has been elevated to a factory drive role with Audi. His car will have a red nose tip, roll hoop and rear wing.