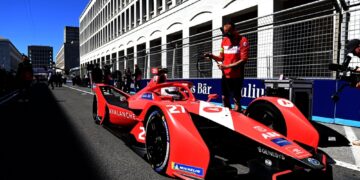 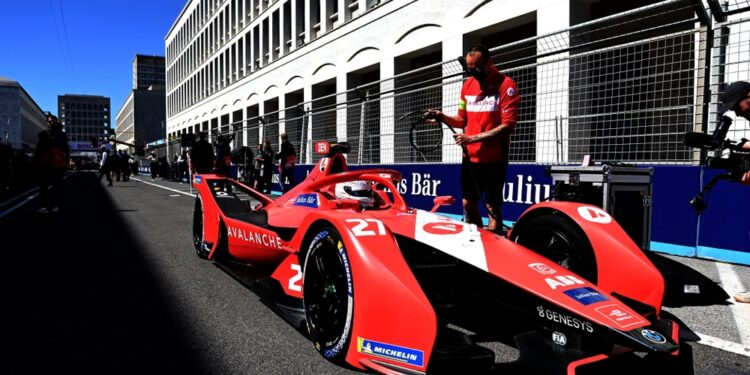 Formula E – The Avalanche Andretti team have announced that they will be getting their powertrains supplied to them by Porsche from next season.

Andretti have been part of Formula E since season 1 but for the Gen 2 era, they became BMW’s factory team in the series. When the German marque decided that they would be leaving after season 7, Andretti were left to figure out where their powertrain future would lie for Gen3.

As a result of the cost-saving measures that were put in place after covid hit, there was only one powertrain upgrade allowed after season 6 for the end of the Gen2 car, so that meant that Andretti could continue running the BMW powertrain for season 8 although they wouldn’t have as much support and assistance from BMW as they previously did.

The new deal with Porsche will see them provide powertrains and technical support to the American team for at least the first two seasons with the Gen3 car. It won’t however be the first time the Andretti and Porsche names have collaborated as Mario and Michael, who founded the Andretti team, have raced with Porsche in Le Mans multiple times since 1983.

“It’s important for us to support a customer team that demonstrates the same passion and professionalism in Formula E as we do,” Porsche Motorsport’s Vice-President Thomas Laudenbach said. “Avalanche Andretti has raced in Formula E since the inaugural 2014 season. For us, it’s a huge vote of confidence that one of the most experienced teams has chosen to work alongside Porsche from Season 9 onwards and wants to field two Porsche 99X Electric racers.

“Porsche and Andretti are united by a long tradition, and it all started when Mario and Michael made their Le Mans debuts in a Porsche 956 in 1983. We’re delighted that the tradition is continuing in Formula E, and we hope our partnership will be just as successful.”

Michael Andretti, the CEO and Chairman of Andretti Autosport, agreed that the shared history meant that the partnership was “a natural fit”.

“Our Formula E journey began with Season 1,” said Andretti, “and we’re very proud to now be looking ahead to the next generation of the sport. Avalanche Andretti FE has an ambition to win, and with the support of Porsche, we have full confidence in our performance and growth. The agreement is an important step in our future and commitment to our sport, partners, and fans.

“Our history with Porsche as two historic racing teams means this collaboration was a natural fit, and we look forward to a new chapter starting in 2023.”

While Roger Griffiths, the Avalanche Andretti Team Principal, thanked BMW for their support and the years they worked together, and said that making the right choice of supplier for Gen3 was “vital”.

“Season 9 will be an important year for our team and the series,” Griffith said. “It was vital that we made a strong choice in our powertrain provider in preparation for this new chapter and exciting generation of car – and we have that in Porsche. We are looking forward to starting Gen3 as a formidable competitor.

“We remain focused on the rest of this season, we continue our powertrain relationship with BMW, who have been a valued partner to our team and will support us until the end of this season. We’ve had many successes together through the years and thank them for both their partnership and friendship.”