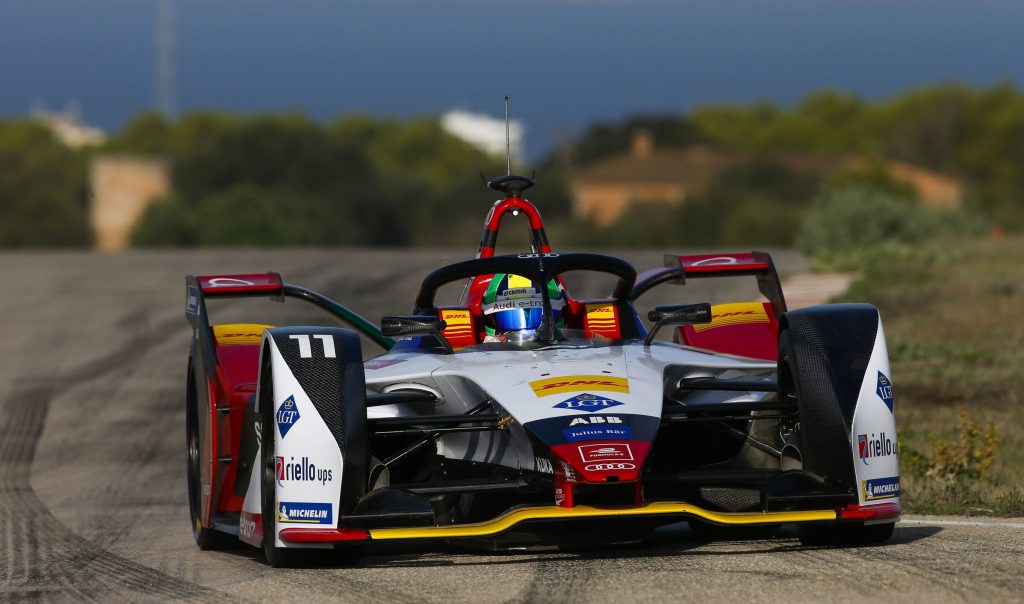 Its predecessor was considered to be the most efficient car on the grid and the fastest in race trim, taking four wins in the latter stages of the season after a series of reliability and operational issues which cost the team points.

Despite not scoring points in the first four races, outgoing champion Lucas di Grassi rose to second in the driver’s standings by the end of the season, with Audi pipping Techeetah to the team’s title by two points.

The e-tron FE05 boasts a motor generator unit made in collaboration with Schaeffler, dubbed the Audi Schaeffler MGU03.

“We retained the basic concept with one gear and at the same time refined the details and manufactured all of the parts,” said Tristan Summerscale, Audi’s Formula E Project Leader.

A statement from the team said that “Summerscale and his team began developing the e-tron FE05 as early as mid-2017” and that the overall powertrain parts being 95 per cent new and 10 per cent lighter than the previous car.

It has also retained its direct drive nature, running a single-speed gearbox as it did last season alongside Renault, Jaguar and NIO.

Audi will also be supplying the Virgin Racing team, after it parted ways with its manufacturer partner DS who made a switch to Techeetah. This means it is entitled to seven days of private testing, in addition to its 15 days granted for having manufacturer status.

It announced in June following his home win in Berlin that Daniel Abt would be retained by the team alongside di Grassi for the 2018/19 season.