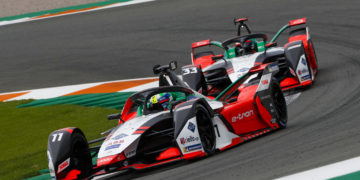 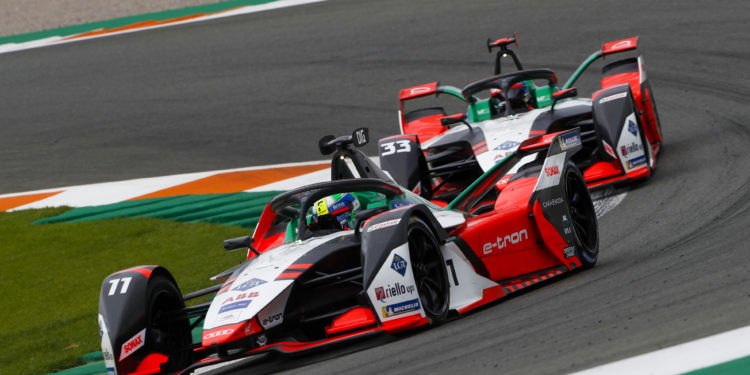 Audi have announced that season 7 will be their last in Formula E as they shift focus to the Dakar Rally and Le Mans LMDh.


After launching their season 7 car, with its first fully Audi designed powertrain, last week, the German marque have broken the news that they will switch focus to other racing categories at the conclusion of the upcoming season.

Audi have been involved in Formula E since the inaugural season, firstly as support for the Abt team before taking over and Abt becoming an Audi factory team from season 4, where they won the Teams’ Championship in their debut year. For the past couple of years Audi have also supplied a powertrain to the Envision Virgin team and they say that will still be available once they leave.

“The Dakar Rally will replace Audi’s factory involvement in Formula E,” Audi’s press release stated this afternoon. “Which will no longer be continued in the form of an Audi factory team after the 2021 season. The use of the newly developed Audi powertrain by customer teams will remain possible beyond next year.”

Audi say their switch to Dakar for 2022 will allow them more technical freedoms to advance their electric and hybrid technologies. “Formula E has accompanied the transformation phase at Audi,” Markus Duesmann, Chairman of Audi AG’s Board of Management, said. “Today, electromobility at the four rings is no longer a dream of the future, but the present. This is why we are taking the next step in electrified motorsport by facing the most extreme conditions. The many technical freedoms offered by the Dakar Rally provide a perfect test laboratory for us in this respect.”

As well as Dakar, Audi are also preparing to be part of the LMDh class of sports car racing. This new category will be the top class in the FIA World Endurance Championship and the IMSA WeatherTech SportsCar Championship.

The new Managing Director of Audi Sport, Julius Seebach, commented on the change saying: “We have our customers’ wishes in mind as much as the company’s future strategy, which is clearly focused on electrification and carbon-neutral mobility. This is why we are intensively preparing to enter the new sports prototype category LMDh with its highlight races, the Daytona 24 Hours and Le Mans 24 Hours. The most important message for our fans is that motorsport will continue to play an important role at Audi.”

This new shift in motorsport focus was revealed just after Seebach was announced to be taking over from Dieter Gass as Head of Audi Motorsport, Gass had held the position since 2017.

Markus Duesmann thanked Gass for all his work and believes that Seebach is the right choice for the job as Audi refocus their series.  “I am convinced that Julius Seebach is the right person for the repositioning of the motorsport activities,” said Duesmann. “On behalf of the entire Board of Management, I would like to thank Dieter Gass for his tireless efforts.

“Above all, he stands for the almost unbelievable success we have had in the DTM, especially in the last two years. But, Dieter Gass is also responsible for the successful entry into Formula E. I myself have been in motorsport for almost my whole life and I know how much passion and personal commitment is necessary to be successful in motorsport.”