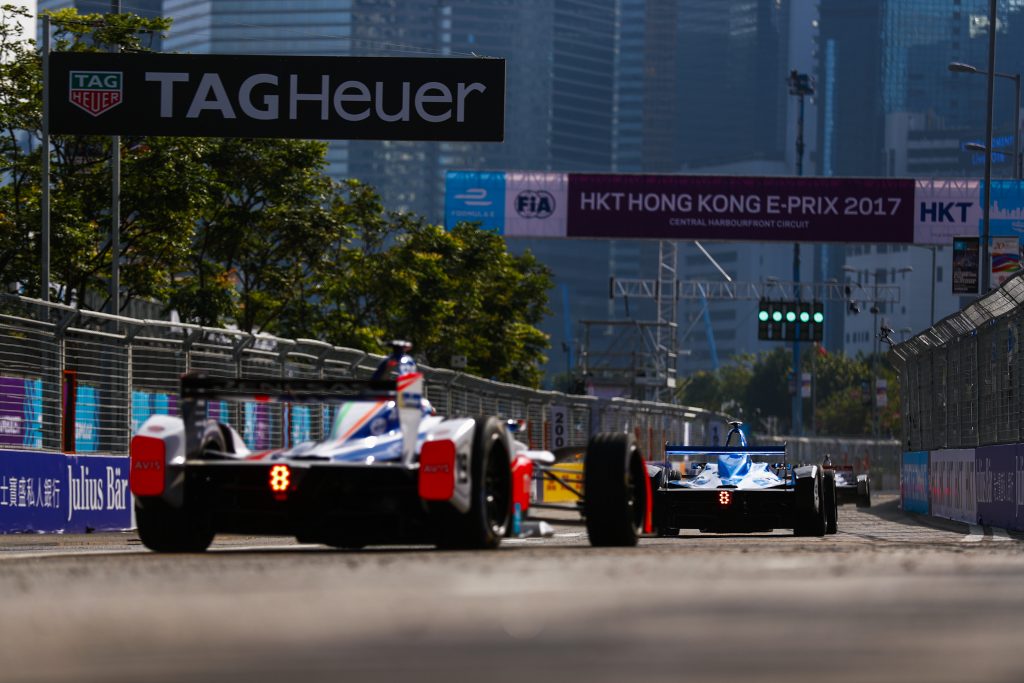 Race winner Bird was given a 10-place grid penalty for Sunday’s race after crashing into pit equipment and team personnel during his pit stop.

“There’s just no grip in the pit lane. I turned in and just went straight on, there’s nothing I can, it’s so dirty,” Bird explained after the race.

The Brit had already been given a drive-through penalty during the race for not completing his car swap in the mandatory zone.

Mahindra’s Rosenqvist and Venturi’s Engel were given converted drive-throughs in the form of a 22-second time penalty for exceeding the maximum power output of 180kW.

Rosenqvist was found to have reached 197kW of power, while Engel peaked at 190kW.

The Mahindra driver crossed the line in eighth but is 14th with the penalty, while Engel was fourth across the line but stands in 13th.

The rookie received a five-second time penalty for his team failing to remove the cooling system three minutes before the start of the race. He then received a drive-through penalty for cutting the Turns 3/4 chicane, and not coming to a complete stop before re-joining the circuit as requested.

He was then disqualified after the race for leaving his car in “Ready to move” mode in parc ferme, which is considered unsafe.