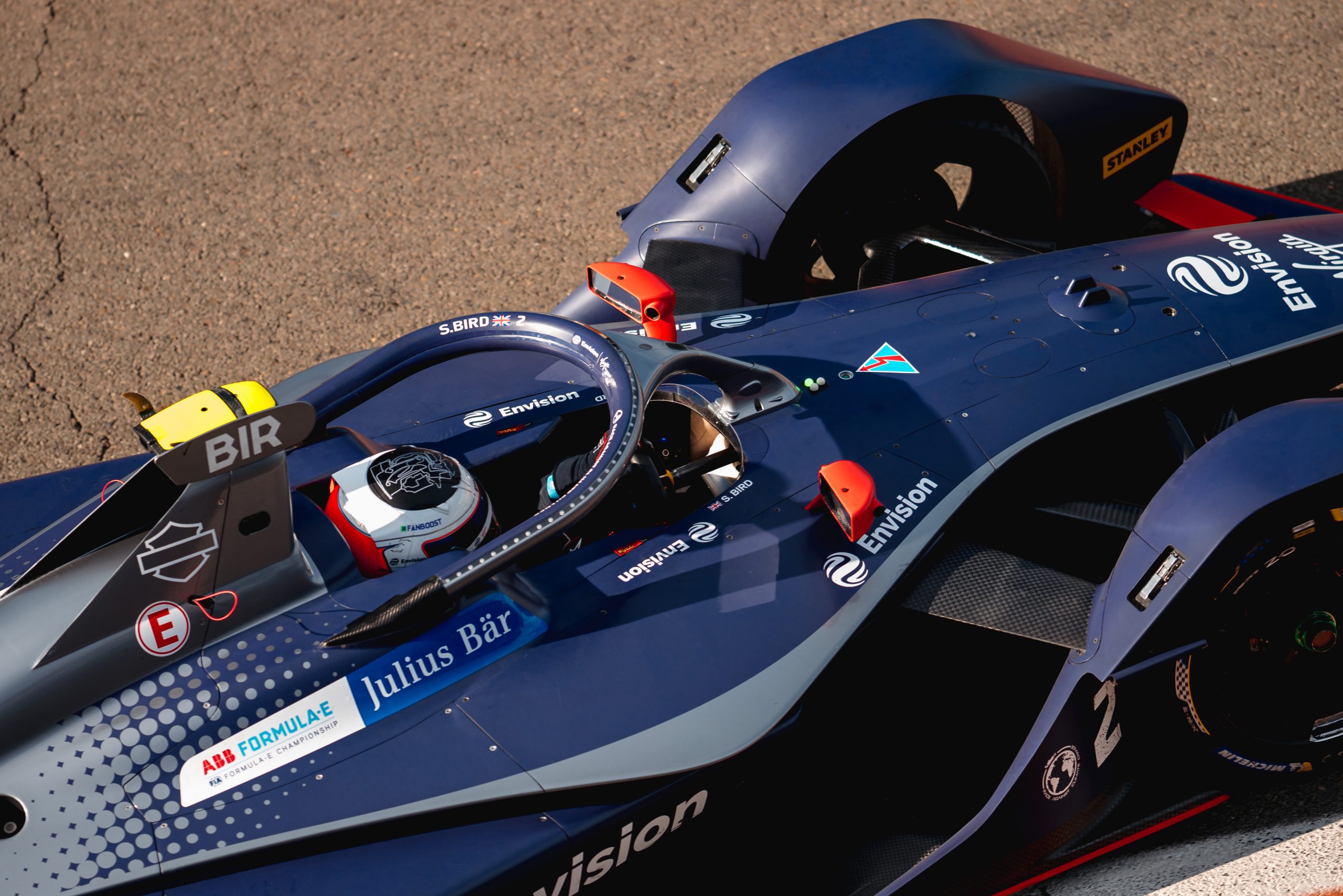 Sam Bird put in the quickest time during the Diriyah E-Prix practice sessions for the first race of the 2019/2020 ABB FIA Formula E Championship.

Bird posted his fastest time, a 1:14.353 in the dying stages of the second practice session despite apologising on the radio afterwards saying “I ran out of talent at turn 19”, to which the succinct response from his Envision Virgin Racing engineer was “Well you didn’t”.

Antonio Felix da Costa, in his first weekend with DS Techeetah, put in the second quickest time though he was 0.794 seconds slower than Bird. The newly Mercedes-Benz powered ROKiT Venturi of Edoardo Mortara slotted into third while the Nissan e.dams duo of Sebastien Buemi and Oliver Rowland ended line astern behind him.

Daniel Abt was the highest of the Audi Sport Abt Schaeffler cars, his 1:15.446 sealing the sixth spot for the German. The Mahindra of Jerome d’Ambrosio was seventh ahead of the FP1 pace-setter, Robin Frijns, in the second Virgin car.

Andre Lotterer put his TAG Heuer Porsche into ninth for their debut, posting a 1:15.961 just a thousandth of a second faster than the Mahindra of Pascal Wehrlein who rounded out the top 10. Wehrlein had a problematic first practice session which saw him stop on track three times.

Reigning champion Jean-Eric Vergne could only manage 11th with a fastest lap of 1:16.019 but he is under investigation for causing a collision with the BMW i Andretti of Alexander Sims after the Brit emerged from the pits on Vergne’s final lap but wouldn’t get out of the way of the Techeetah.

There is another collision investigation, also from the second practice, after Daniel Abt’s Audi got in the way of the Jaguar of James Calado who ended up whacking the wall while trying to pass the German and complete his quick lap.

There were two red flag periods in the first practice session, the first after less than ten minutes when Ma Qing Hua lost grip on his outlap and hit the wall. Ma tried to bring his NIO 333 car back to the garage but ended up parking it which brought out the flag.

The second came 25 minutes later when Brendon Hartley’s Geox Dragon got caught out by track break up ending his session in the wall. As a result of this, the wall was moved in to cover the problem area and FP2 was started under Full Course Yellow to let the drivers get familiar with the alteration.