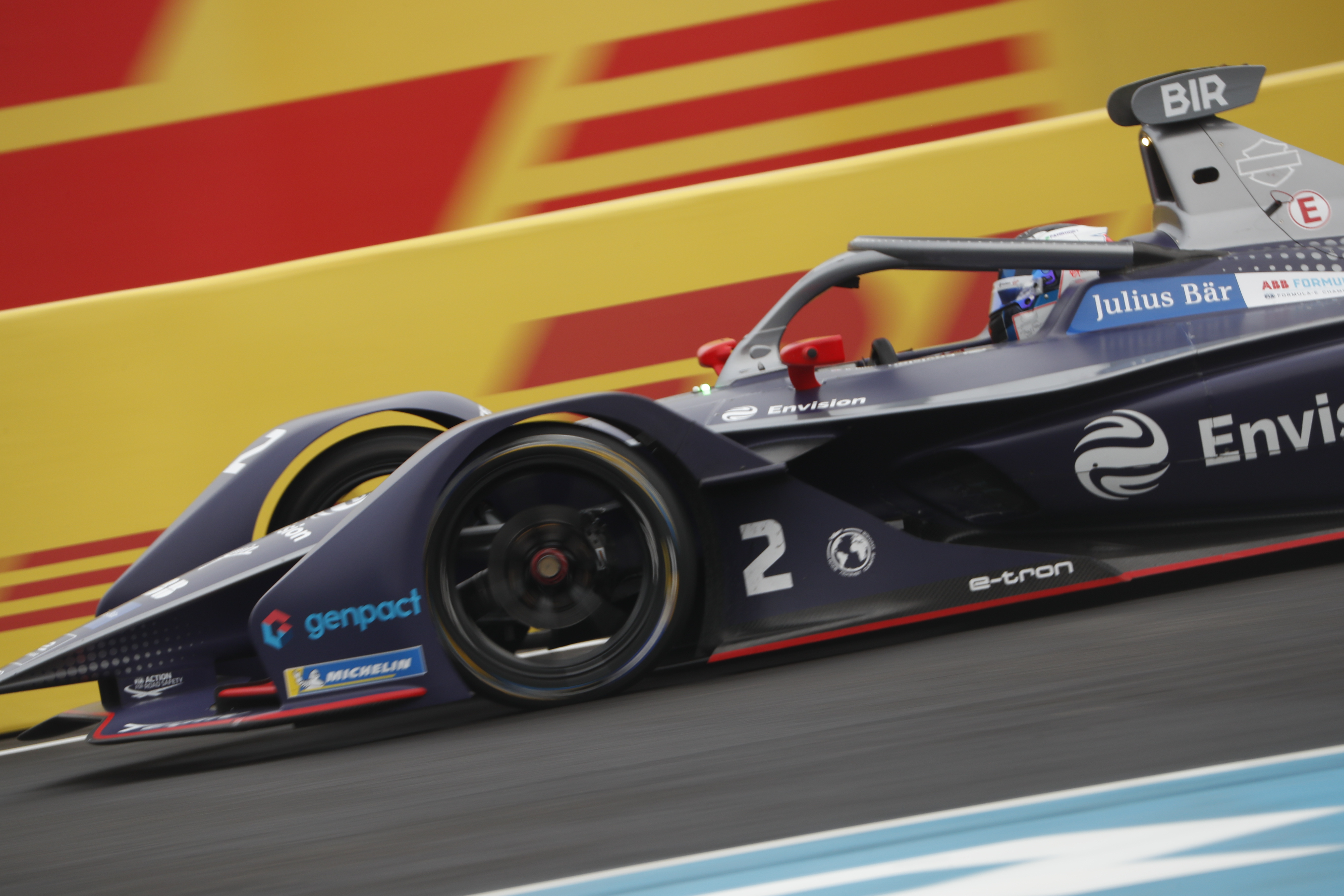 Bird made his play for the quickest time after Lucas di Grassi started the flurry of 250kW fast laps in the final few minutes of the session. The Brit’s 1:07.672 secured him the top spot, just over a tenth quicker than Antonio Felix da Costa’s DS Techeetah.

Bird’s Virgin Racing teammate, Robin Frijns posted a 1:08.148 for sixth while Andre Lotterer was the lead Tag Heuer Porsche in seventh. Last year’s pole sitter, Pascal Wehrlein’s best of 1:08.181 in his Mahindra Racing machine left him half a second off the best time.

The top 10 was rounded out by Audi Sport Abt Schaeffler’s Lucas di Grassi and reigning Champion, Jean-Eric Vergne’s DS Techeetah.

The second session was mostly without incident, Neel Jani’s Porsche spent some time stationary at turn two before suddenly deciding to get moving again while cars still found themselves locking up as they did in the earlier session.

Daniel Abt didn’t feature in second practice as the Audi driver had a big shunt in free practice one. The German was sent to hospital for precautionary checks after the G-force indicator light had lit up following his impact with the barrier. There has been no further news on Abt but it was reported during the session that the tub of his car sustained damaged and the team are trying to rebuild the car for qualifying.

Abt’s crash caused the first practice session to be red flagged and ended with just over 12 minutes left. There was enough damage to the barriers that the Jaguar I-Pace eTrophy qualifying, which takes place between Formula E’s practices, was cancelled in order to repair them fully.