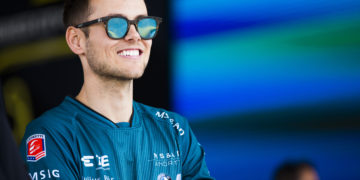 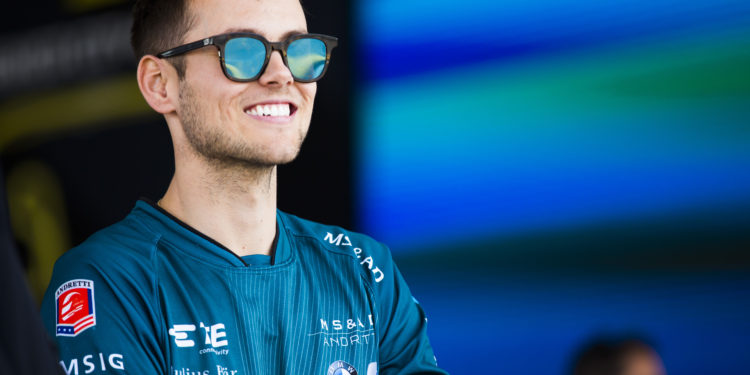 Tom Blomqvist will join Mitch Evans at the Panasonic Jaguar Racing team for the final two races of the season as James Calado has WEC commitments.

After nine races James Calado’s time with the Jaguar team came to a close last night as he won’t see out the final double header of the season. Calado is one of a handful of Formula E drivers who also compete in the World Endurance Championship and, with the first free practice for the WEC’s Spa-Francorchamps race taking place on Thursday afternoon, the Brit’s WEC commitments have taken precedence over his Formula E ones.

Calado said his goodbyes on Twitter this morning, thanking his Jaguar team and their technical partner Williams Advanced Engineering, as well as all his fans for the work and support during the season.

Jaguar’s reserve driver had been Alex Lynn but when he took up the free seat in Mahindra following Pascal Wehrlein’s departure, the team turned to Tom Blomqvist, signing him as their new reserve at the end of July.

Blomqvist’s first foray into Formula E came during season 4 when he was one of three drivers to share the 27 car and line up alongside Antonio Felix da Costa at the MS&AD Andretti Formula E team. The Brit completed six of the twelve races that season, he started his stint in the car on a high finishing eighth in his debut race in Marrakesh leaving him as the only driver other than da Costa to add to the Andretti team’s points tally that year.

“I am excited to get behind the wheel of the Jaguar I-TYPE 4 for the last couple of races,” said Blomqvist. “It will be a new layout for those races and a fresh opportunity for everyone. I am looking forward to making my return to Formula E and want to deliver my very best for Mitch and the team.”

While Jaguar Racing’s Team Director, James Barclay, said “I would like to thank James for everything he has done for the team this year under incredibly difficult circumstances. He is such a professional driver and I would like to wish him well in Spa this week in his fight for the World Endurance Championship.

“Tom has arrived in Berlin having supported the team over the last week back in the UK at our team base. He has a tough job ahead of him, but he is really up for the challenge. His previous Formula E experience and knowledge will stand him in good stead. The whole team look forward to seeing him on track on Wednesday and Thursday.”