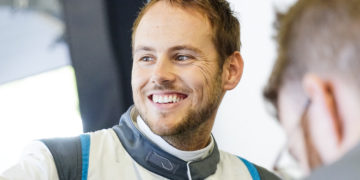 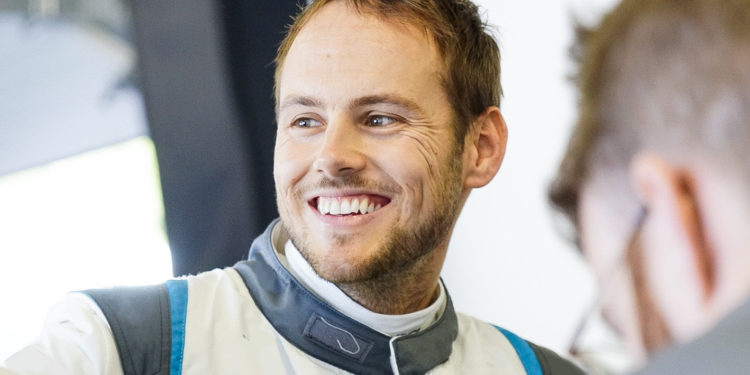 NIO 333 have announced that Tom Blomqvist would be returning to the Formula E grid, driving alongside Oliver Turvey for Season 7.


Blomqvist’s first Formula E appearance came during season 4 where he competed in six of the twelve races that year for Andretti alongside Antonio Felix da Costa. Of the three drivers to compete in the #27 car that season, Blomqvist was the only one to score points and did so with an eighth place in Marrakesh on his Formula E debut.

The Anglo-Swedish driver was the last of multiple driver changes for the Berlin finale races in August, appearing in the last two races for Jaguar, after James Calado left to compete in WEC. One of the other Belin changes saw Daniel Abt, who had parted ways with Audi following a controversy in the Race at Home challenge, taking up Ma Qing Hua’s NIO 333 seat after the Chinese driver was unable to compete due to covid travel restrictions.

With Blomqvist’s signing it now seems highly unlikely that Abt will have a seat on the 2021 grid, and with Jerome d’Ambrosio retiring to become Deputy Team Principal at Venturi, the only drivers left who have entered every Formula E event so far will be Sam Bird and Lucas di Grassi.

After being announced, Blomqvist expressed his joy at rejoining the Formula E grid and that he hopes to repay NIO 333’s trust in him with success on track. “I am extremely happy to be joining NIO 333 for the 2021 ABB FIA Formula E World Championship season,” said Blomqvist. “And cannot wait to get started with the team. I’m very grateful for the opportunity and the trust that the team has placed in me, and I can’t wait to repay them with success on track.

“To be back in Formula E full-time is fantastic as the series has gone from strength to strength over the years and I feel very proud to be back on the grid for Season 7. It has been great to get to know the team recently and build those relationships – together we are all highly motivated for the season ahead and the positive atmosphere is brilliant to be a part of.”

Blomqvist will be partnering Oliver Turvey, who has raced with the NIO team since the final double header of season 1. The Brit welcomed his new teammate and said he was delighted to be continuing with the team and in the series.

“I am delighted to be continuing in Formula E for Season 7 with NIO 333 Formula E Team,” said Turvey. “Having raced for the team in every season since the championship’s inception it is great to be able to continue our journey together. It’s a really exciting time for the championship this season as it becomes an official FIA World Championship.

“I am proud to be racing in a championship that is not only competitive at the highest levels of the sport, but that promotes the use of sustainable technology in the cities that we race in around the world.

“I would like to welcome Tom into the team; I have known him for a number of years and I look forward to working closely with him to help push the team forward.”

Not only did NIO 333 announce their driver line up, but their new livery was debuted. The new look follows on from the previous NIO designs with teal as the main colour but swaps their usual white base for black and features white streaks down the car which the team say provide “a more dynamic aesthetic”.

Turvey said that while the new design is “fantastic” there has also been a lot of progress underneath too and believes they will have a more competitive car in season 7.

“The new livery looks fantastic, so I can’t wait to get in the car for official testing in Valencia and for the first race in Santiago!” Turvey added. “Everyone in the NIO 333 FE Team has put a huge amount of effort into the new car, and the disruption to the race schedule last season has given the team a chance to focus on the development of the new powertrain.

“We have made progress through testing and I am sure that the hard work everyone has put in will result in a more competitive package for the season ahead.”

NIO 333’s Team Principal, Christian Silk, believes that the new driver pairing will be a successful one and that the testing the team has done since the end of season 6 will pay off.

“We are very pleased to welcome Tom to the NIO 333 Formula E Team and reveal our stunning Season 7 car livery today,” said Silk. “Tom returns to the ABB FIA Formula E Championship bringing with him a wealth of motorsport experience behind him, including recent outings in 2020 endurance racing.

“We have a quick and experienced driving pairing now, with Oliver [Turvey] continuing with us for his sixth consecutive full season, and I am confident that the pairing shall be a successful one.

“Since the Season 6 finale in Berlin we have completed an impressive amount of testing mileage with the NIO 333 001 development chassis and made a very promising start with our new powertrain package in terms of reliability.

“Season 7 will be a fiercely contested competition; however, I feel that we are in a great position going into the FIA World Championship and the whole team at NIO 333 is looking forward to the exciting challenges ahead.”

Check out the gallery to see the new livery in full.