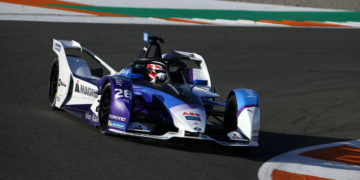 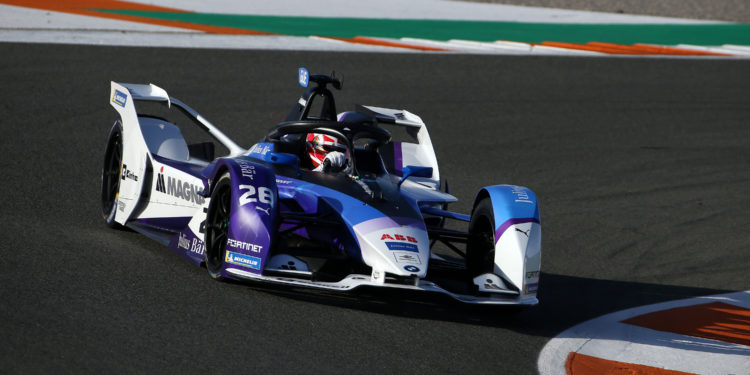 Season 7 Testing – Maximilian Guenther topped the times for BMW on a very competitive last day of pre-season testing in Valencia.

For the third year in a row, indeed for every pre-season test that BMW have been a Formula E manufacturer, BMW i Andretti closed out the official test with the fastest time.

Guenther set his time of 1:11.760 during the latter part of today’s continuous six hour session, and while three other drivers came within a tenth of the German, he managed to end his time in Valencia with the top time once again.

“It is obviously great to have set the fastest time of the week again, as we did last year,” said Guenther. “Having said that, the focus of the tests was not on lap times. We were fully focussed on completing our programme, and we did a good job of that. We had worked very hard and well in the run-up to this test. Here at Valencia, we took the opportunity to try some different things with the new car. I think we did a very good job.”

It was a good end to the long weekend for Dragon as Sergio Sette Camara and Nico Mueller finished closest to the BMW, with both drivers half a tenth or less off the best time of the event. The defending champion, Antonio Felix da Costa, was the highest placed Techeetah. The Portuguese’s 1:11.815 was good enough for the fourth fastest time.

After finishing the previous four test sessions in the lower part of the timecharts, Jaguar’s Mitch Evans ended on a positive note with a lap only 0.120 seconds off Guenther. Pascal Wehrlein, who missed the Berlin races after switching from Mahindra to Porsche during the summer, posted the sixth quickest time of the day.

Jean-Eric Vergne’s time was good enough for eighth and saw him split the two Olivers on the charts. Nissan’s Rowland in seventh with a 1:11.943, while NIO 333’s Turvey in ninth, less than two hundredths behind the Frenchman and 0.236 off first.

Rounding out the top ten of the day was Venturi’s Norman Nato, who just barely missed out on setting a 1:11 lap time, ending his first pre-season test with a 1:12.002.

It was a very close session with all drivers setting times well within one second of each other, and only three drivers, Lynn, Bird and di Grassi, didn’t set their fastest times of the test today. Their best came during Sunday’s running, while Bird and di Grassi’s best would still have seen them at the bottom of the list, all driver’s quickest times would have seen the whole grid within 0.578 of a second.

There was only one brief red flag during the day when Sette Camara spun on track. There has been a dramatic drop in the number of red flags shown this year as the decision was made not to include a chicane on the main straight. That has meant that lap times are faster, and the teams have undoubtedly saved quite a bit on parts and repair.