The Geox Dragon Racing team has been part of the Formula E Championship since its inception and the team have taken a total of 9 podiums, including wins in Berlin and Miami, in the five seasons so far.

The recently finished season was their most difficult yet, as the team only managed four points scoring positions, the best of these being two fifth places from their young rookie, Maximilian Guenther.

Brendon Hartley, who is currently a development driver for Ferrari along with Mahindra’s season 5 and former Manor F1 driver Pascal Wehrlein, has had multiple years of Formula 1 experience with previous test and reserve roles for Red Bull and Mercedes as well as over a season in the race seat for Toro Rosso from 2017-2018.

The Kiwi is most well known for his sportscar racing where he won two championships with Porsche in the World Endurance Championship including an overall victory in the 2017 running of the 24 Hours of Le Mans.
Prior to this signing, Hartley had tested Formula E cars for Porsche earlier this year and for Venturi a couple of years ago.

In the press release Hartley stated “I’m happy to be taking on a new challenge in Formula E together with GEOX DRAGON racing. Formula E is totally different from any other race series I’ve been in, but I am hoping my experience in many categories with energy management will pay dividends and give me a head start as a rookie.”

Hartley continued by saying “I’ve always been a fan of street tracks and FE has some of the wildest I’ve seen. That together with some of the best drivers and manufacturers in the world makes it an exciting place to be. I’ve already started working with most of the GEOX DRAGON team, and I have a strong feeling that we can share some good success together in the coming season.”

The owner of Geox Dragon and Penske Autosport, Jay Penske, had this to say about his new signing: “Brendon is a real racer. He has a unique combination of experience, intellect, and racecraft that will allow him to maximize the potential of the new Penske EV-4 powertrain. Most importantly, he shares our hunger, and our determination to take the fight to the incredible field of major manufacturers this season.” 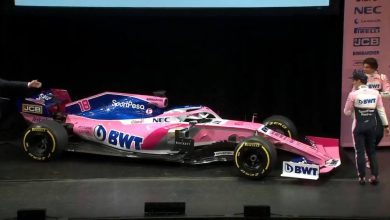